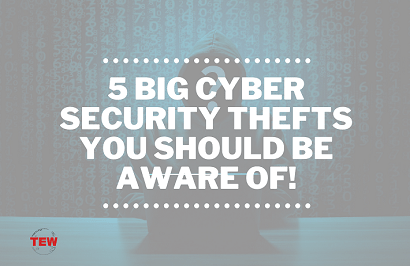 5 Big Cyber Security Thefts You Should be Aware Of !

We shouldn’t understate the vital role that cybersecurity plays in our lives. Without software, apps, and security systems that protect our data, our privacy, freedoms, rights, and public safety would be at risk. More and more of our vital infrastructure is stored online, which presents more opportunities for hackers to steal your information through the use of AI and personal skills. And more are the chances of cyber security thefts.

The 5 Cyber Threat/Thefts Everyone Should Know

To protect yourself from future security threats, start using software that encrypts your data. Theft prevention by Identity Guard will help you avoid the devastating consequence of hacking.

The tech arms race is underway, and it’s crucial that AI research falls into good hands. Since anyone can use artificial intelligence, research into its uses is constantly being developed, particularly in how to destroy an enemy’s defensive and civil infrastructure. Hackers, phishers, crackers, and data thieves will become more prominent within governments.

Cybersecurity agencies are attempting to tackle these hackers by using ethical coding maneuvers, but AI can adapt quicker than we can. Artificial intelligence can help the average citizen protect against attacks, but enemy AI can find other ways to infiltrate. As a result, deep learning security algorithms, biometric identity protection, and automation will become more common.

The Internet isn’t the Wild West “anything goes” marketplace of the past; it’s now being controlled by networks, corporations, and associations who want to control it. As superpowers continue to wage war with each other over tech, natural resources, and trade, that illusion starts to become thinner. The Russian government has already attempted to create a separate Internet.

Cooperation between international entities is a major necessity. Otherwise, identity theft threats or actual breaches from foreign governments may be more common. However, the current climate is making this difficult because more government agencies have access to our data.

Disinformation campaigns during the 2020 US presidential elections became a cause of concern when citizens started to believe the lies. Spreading “fake news” is commonplace on social media, but when legitimate journalistic identities are also reporting on lies, it’s difficult to tell fact from fiction. On social media, it’s impossible to stop the spread of disinformation.

Countering false narratives includes building a system that either removes propaganda from the Internet or protects personal data. On the one hand, sharing cookies gives us a more personalized shopping experience. On the other hand, it can use to push a malicious narrative.

20 years ago, computer science and cybersecurity jobs were a rarity. Nowadays, no one can fill these positions fast enough. As University admissions become more expensive and courses continue to bloat their requirements, fewer people are going to school. Many industries won’t hire “uneducated” computer programmers, so few gifted coders will become cybercriminals.

In cybercrime, crime really does pay. If you’re talented enough, you’ll be difficult to catch, and identity theft is big business. Governments and corporations need to invest in cybersecurity. Otherwise, there will be more malicious hackers than there are ethical coders to stop them.

Vehicles are a hacker’s dream. Modern vehicles are often equipped with sensors, GPS devices, and in-car entertainment or communication that are vulnerable to malicious attacks. Cybercriminals know how to piggyback into networks through home appliances and other smart devices, which have poor security standards when compared to WiFi and modems.

In same vein, automobile becomes another backdoor to steal information as technology becomes more commonplace. Cloud services present in cars and smart devices will make it easier to commit large-scale data harvesting that we can sell to the black market. 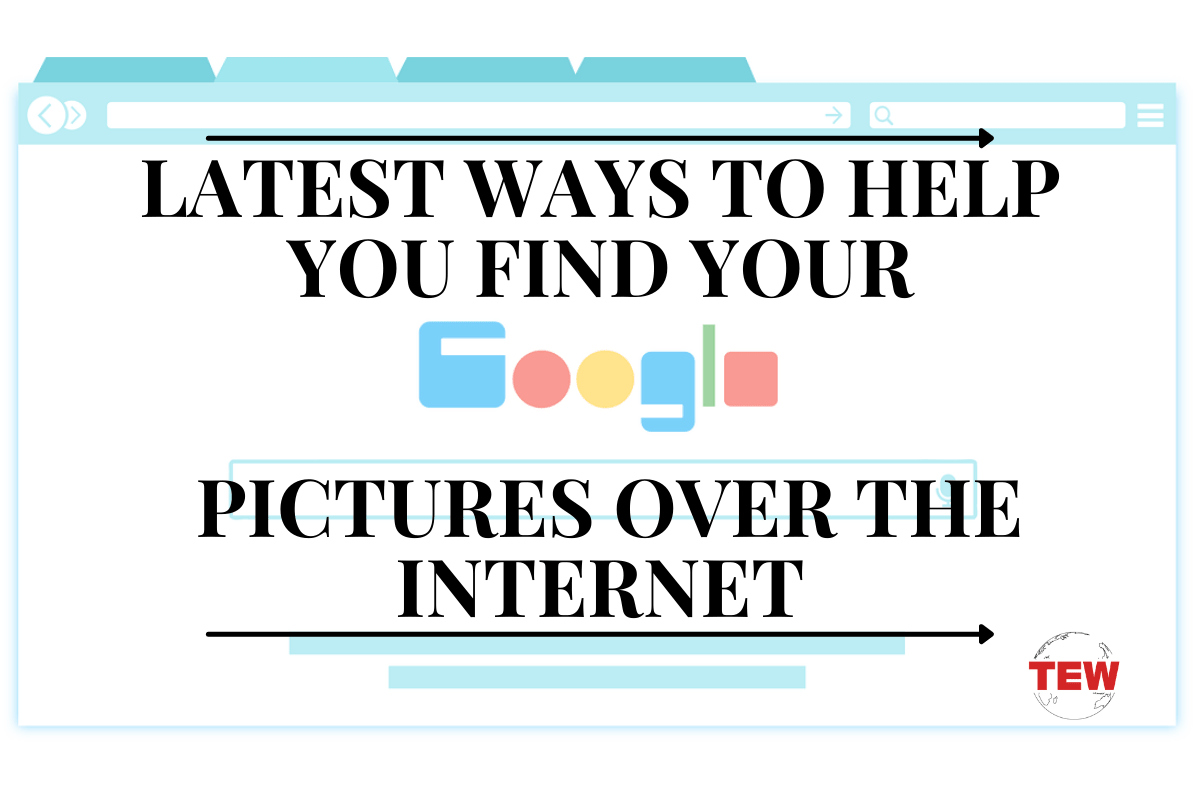 Latest Ways to Help You Find Your Pictures Over the Internet

People are in love with visual content; they love to interact visually. The advanced technological