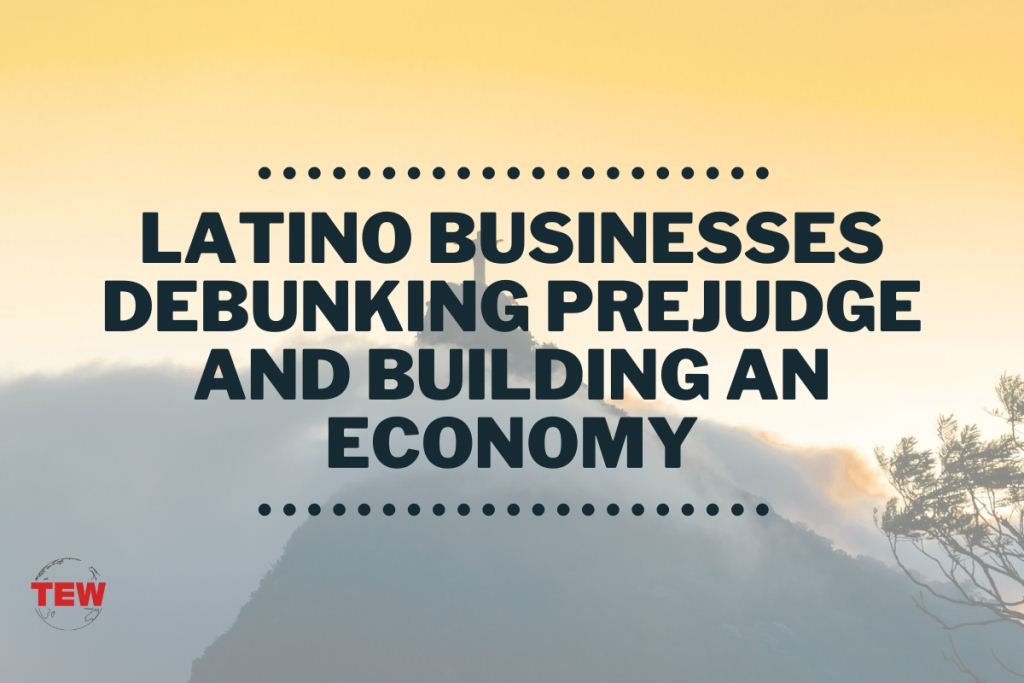 Latinos have made the United States a place full of color, joy, and cultural diversity. As of 2019, the Hispanic population reached 60.6 million people, making them the second-largest racial group in the country, behind only white non-Hispanics, according to figures from the Pew Research Center.

For many years the Latino population has faced prejudices that come from misinformation. Over time they have managed to emerge thanks to the hard work and love they put into each project. Today they are a fundamental part of the American economy. There are 4.65 million Hispanic-owned Latino Businesses, according to The Hispanic Small Business Report.

Achieving the American Dream is a goal that is getting closer and closer for Latinos. Studies by the Stanford Graduate School of Business show that during the last few years, the generation of Latino businesses has increased by 34%, using various types of small Latino Businesses financing.

The United States has been built thanks to the efforts of the enormous cultural diversity that lives here. It is the land of opportunities for those who seek better conditions for their loved ones outside their country of origin. Here are three companies that have shattered preconceptions and positively impacted their community. Be inspired, and don’t let anything limit your American Dream.

This Latino company, founded by Martha de la Torre in 1988, began as a print publication of classified ads in the city of Los Angeles, California. To open her business, she had to sell her house and car, in addition to applying for small Latino Businesses financing. She faced a lack of customers in the beginning. It was not until 1996 that she began to receive high profits.

With the rise of the digital era, the company evolved and consolidated a website that currently receives more than 24 million visits. Nowadays, it continues to offer advertising space for California businesses. Still, now it has also achieved an international reach, reaching countries such as China, Australia, England, Spain, and Micronesia, to name a few.

Carlos Castro had to flee El Salvador in 1980 because of the civil war in his country. His first job in the United States was washing dishes and later in the construction industry, while his wife worked cleaning houses. Soon after, thanks to his savings, he was able to open a store selling Latino products.

Over the years, Todos Supermarket has become a very important business in Virginia, with two locations. More than 180 employees, 90% of whom are Hispanic, work at these locations. This year the company celebrates 31 years of serving and supporting the Hispanic community in the United States.

This institution specializing in providing financial services to the Latino community in the United States was born out of the failure of a family business of its owners, Sean and Kenny Salas, two Latinos of Mexican descent. The mother of these two entrepreneurs founded a chain of restaurants that reached coverage of more than 30 branches, but due to life circumstances, they had to close.

Over the years and with renewed strength, these entrepreneurs studied at Berkeley and Harvard Business School. The classrooms of these prestigious universities saw the birth of Camino Financial. Since its inception, this company has set out to make a significant change in access to financing for Latino businesses.

These entrepreneurs detected a great need: the loans offered by traditional banks have unattainable requirements for most of the Latino community. Getting small Latino Businesses financing is a complex mission for Hispanics. Still, Camino Financial has changed this scenario, as they have formed a large community not only with loans but also thanks to the advice they provide.

Latino businesses have a great future ahead of them, and these three examples show that all dreams are achievable. Setting up a Latino Businesses in the U.S. has big challenges, but it is a task that empowered Latinos can accomplish as long as they have access to the right tools. Get the right small business financing for your needs from companies like Camino Financial.

Latinos are a unique race, strong, powerful, full of aspirations, and above all, with the will to work from the first ray of sunshine until late at night to achieve a better future for their family and their community. It’s time to break down prejudices and show your value and talent to the world.