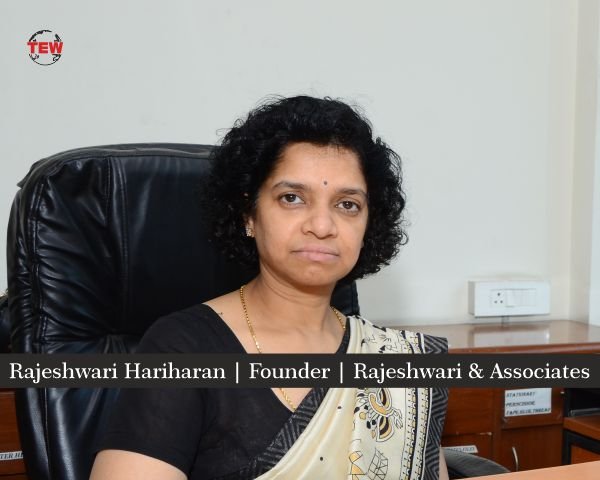 An idea is protected once you have captured it in tangible form. If it is disclosed to the public, without any statutory protection, you cannot benefit from it. Protecting your IP is the most important thing in an era of today’s competitive market.

Rajeshwari & Associates is an IP firm focussing on the practice of intellectual property. It was started in 2009 at a time when there was not enough awareness about intellectual property. The idea was to have a firm that would become a one-stop-shop for all IP needs right from filing and prosecution to litigation and where advice received is practical and cutting edge legal insight.

Rajeshwari & Associates is committed to providing quality legal advice and seamless services to clients and now has evolved to become one of the most preferred Intellectual Property Law firms in India. Building upon the 20 years of enviable experience of its founder Ms. Rajeshwari Hariharan across various segments of IP Laws, Litigation and Prosecution, the firm works relentlessly towards providing specifically customized solutions to its clients.

Initially, there were many challenges of human capital, etc including having to prove themselves. But what was most important for the firm was to win the trust of their clients by delivering the quality service with a significant qualitative advantage. Over a period of time, they have won the trust and goodwill of clients.

The firm has had many challenges to face. One of their clients found that a liver cancer drug, which is a life saving drug, is sold at 3-4 per month by Bayer.  As a result, though there are over 1 liver/kidney patients every year, hardly 1% of the population had access to the drug. Many who were in the middle and lower-income groups went untreated. Where the life of the patient afflicted by this type of cancer is only 6-8 months, making this drug available at a reasonable price would   do yeoman’s service. The client wanted to make the product available at reasonable cost to the Indian market. That is when the firm stepped in and devised a strategy to obtain a compulsory . Though the path was laden with risks and multiple layers of litigations at various the High Court, , eventually, the first ever compulsory was granted and upheld by the IPAB (intellectual Property Appellate Board) and . The strategy worked and though there was the battle was hard fought, their client got the first compulsory license in India in March 2012 and marketed their drug SORANAT. The drug sorafenib became available to the common man dying of liver cancer at a mere Rs. 8 thousand, which is a service to the people.

This entire exercise was possible due to the steadfastness and diligence of the firm’s team.

Initially, the firm was a small group of 4 which grew slowly and today it is a 30-person strong team. Firms’ revenues have also grown steadily over the years.

The reason behind the long-the standing success

The main focus of Rajeshwari & Associate’s practice is litigation in Intellectual Property matters. The key to litigation is a strategy and good advice. They have the skill set to counsel clients such as to prevent litigation and in the event, they do face some litigation, the firm gives them practical advice such that they can easily deal with the matter, or contest and win the matter. The firm has a team that is well equipped to deal with all types of urgent situations in a quick and responsive manner. To deal with complex technical matters, they have a strong technical team that assists and this takes off a lot of burden from the clients. Hence instead of mechanically expecting the client to give feedback and relying wholly on them, Rajeshwari & Associates do a lot of work by themselves and clients find this interesting because they then have the opportunity to bring in their perspective which complements and supplements firms work.

The interface of intellectual property with Artificial intelligence is quite interesting and is bound to throw up new challenges for the courts and for legal consideration. One example is we now have AI that can write its own code. So it is possible that the developer has an AI to do the codes and maybe they are infringing. Complex issues arise as to who would be the infringer, who is the author of the code etc. therefore AI is one of the newer areas of expansion for the firm in the future.

A change over the years in the legal sector

There has been a great deal of change in the legal sector over the last few years. In the past, consulting a lawyer was the last minute when people ran out of all options and had no other way. However, we now see a trend of preventive litigation – consulting and becoming ready even prior to any litigation could ensue. Also, awareness of intellectual property rights has grown over the years. Many law firms have emerged- there is stiff competition. Therefore, one must be always be a cut above the edge.

Ms. Rajeshwari Hariharan, founder at Rajeshwari and Associates has an experience of over 25 years. She initially started with civil law practice and then slowly moved to intellectual property law. Ms. Rajeshwari has had done all kinds of transactions, be it drafting and filing of the patent, or counselling start-ups, devising a strategy for matter, conducting matters in all courts, arguing on matters, negotiating licenses, crafting agreements, etc. So her experience has been varied and quite enriching.

Ms. Rajeshwari admires senior Advocate Iqbal Chagla and Dr AM. Singhvi. Both are institutions by themselves. The business story of Ratan Tata motivates her a lot.

The first major battle that Ms. Rajeshwari handled was the revocation of the Basmati patent which was granted to Ricetec a company in the United States. She worked hard to find prior art and then after a long and arduous battle the patent was revoked by the USPTO. On similar lines, the turmeric patent was also revoked.

The Controller rejected the patent application and matter was carried forward in High court in appeal, IPAB and to Supreme Court. Eventually, the patent stood rejected; but the Supreme court laid down the law that ‘efficacy’ as contemplated in section 3(d) is nothing but therapeutic efficacy, meaning thereby that unless a product shows some better ‘curative effect’, it will not be eligible for patent.   This is path-breaking judgment and is being followed till date. It is this interpretation that prevents frivolous patents from being granted in India.

Clients are of various types. Rajeshwari & Associates did some defamation case for an erstwhile Nawab whose image was morphed and printed in a newspaper. No fee was agreed. But after the firm won the case and got an apology from the newspaper, the Nawab gifted firm a ‘Shahi necklace’. It was something they could not forget. In another instance, one of the firm’s clients was sued by the furniture giant IKEA. After an ex-parte injunction the client’s business being carried on under the name ‘AIKYA GLOBAL” came to a grinding halt. The firm intervened and after strenuous arguments, the court held that both these marks are totally different and the injunction was overturned. The client rejoiced and resumed his business under his earlier tradename.

Thus, lawyer’s duties are not just to towards the client but also to the court and argue for advancement of law; argue for that which is fair and reasonable. The next generation lawyers in the initial years should focus on learning than earning. Advocacy, handling clients and courts is a matter of experience. One must also keep an eye on the detail; as they say, the devil lies in the detail.

At Rajeshwari & Associates, we take very good care of employees.  The firm tries to keep communication channels always open so that no issue remains a small or big issue and is resolved even before it arises. Being a small team, human issues are far and few.

We would like to grow into new and developing areas of intellectual property such as artificial intelligence, the convergence of IP and competition. There are some matters where new issues and matters of law are being considered and this will help to lay down the law for the future. 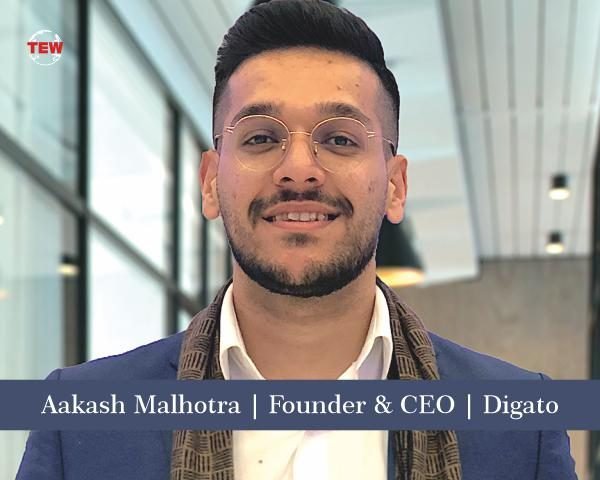 Aakash Malhotra- Digato- Cracking the Digital Growth Hack It is the year 2019, we might 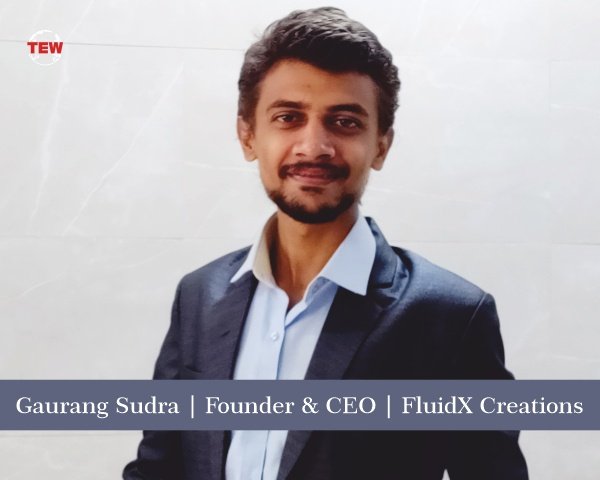 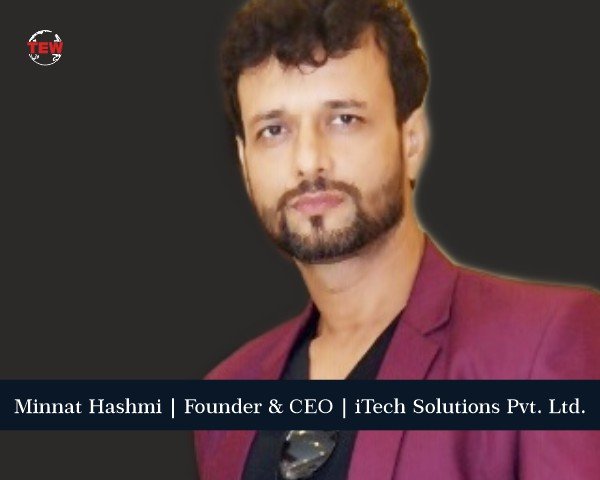 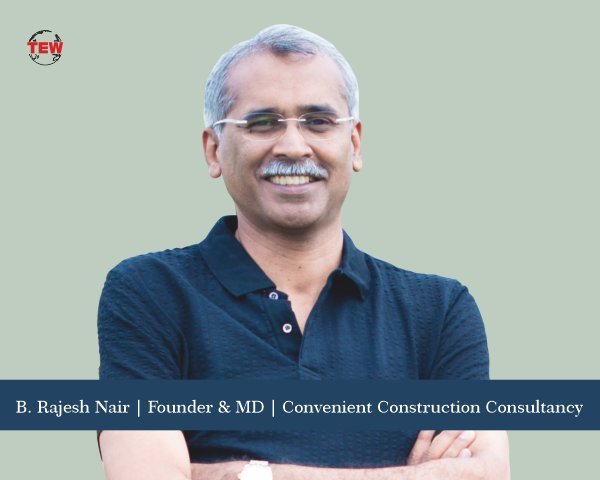