Oracle and Walmart will have full control over TikTok and if we feel they do not have it, we will cancel the deal. – US President Trump 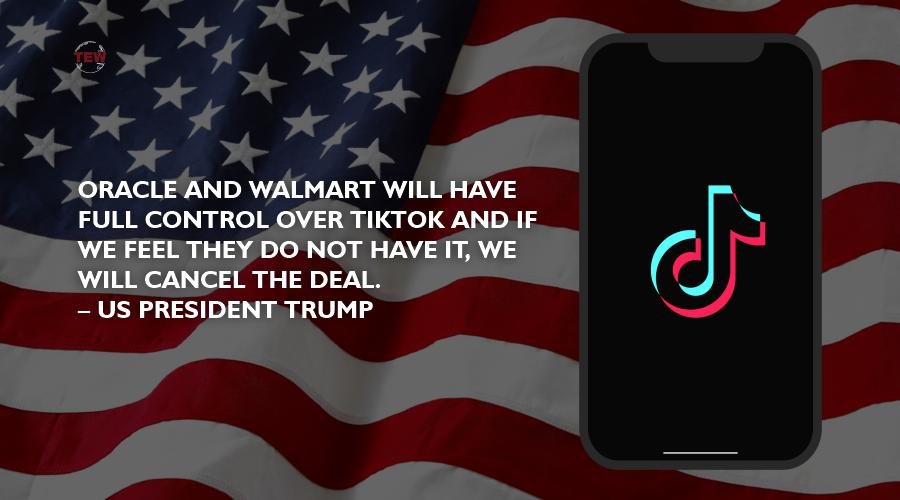 US President Donald Trump said on Monday (21 September) that his administration would not approve Oracle and Walmart Inc for the deal if Chinese parent company ByteDanc controls it. During an interview with Trump, the question was whether there would still be any involvement in ByteDance? In response, the US President said that “they have nothing to do with it and if they do, we will not deal.”

Has become popular in India but due to increased tension between China and the West, it has been engulfed in controversies in recent months.

During the interview, Trump has also claimed that TikTok collects data from users for the Communist Party of China. Let us know that Trump had signed an executive order with ByteDance on August 14, under which TikTok was given 90 days to sell. The Trump administration was concerned that the personal data of 100 million Americans using the app could be passed on to the Communist Party government of China.

According to this deal, the US administration said that because of this app, the personal data company of 100 million American citizens is giving to the Chinese government. On the other hand, Bytedance, a Chinese company that owns TikTok, on Monday said that TikTok will remain its subsidiary company despite Oracle and Walmart taking the stake.

Significantly, earlier this week Oracle and Walmart Inc said that they and other US investors will take a majority stake in video app TikTok under the deal of US President Donald Trump.

PrevYour Money is Safe, says Paytm; the App to be back on Playstore Soon.
Tata sons and Shapoorji Pallonji are about to break the relationship of 70 years!Next