Prague – The City of Hundred Spires 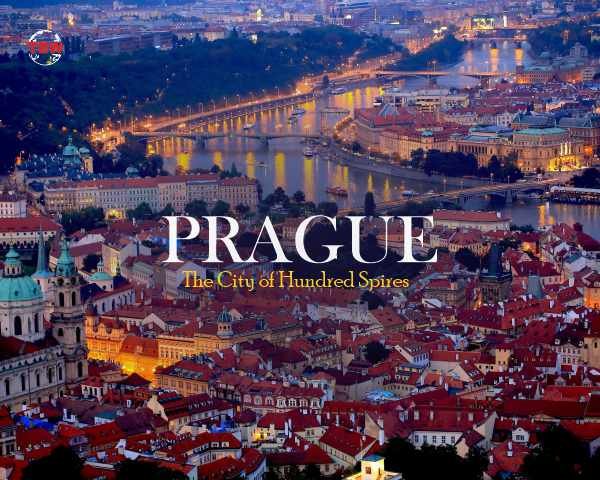 When gazing out from the gates of Prague Castle well high above the city, it is not hard to believe why the city got the name- The City of Hundred Spires. In the 19th century, mathematician and philosopher Bernard Bolzano counted the towers in the city and gave it the name. Since then, the name has stuck around even though the city is described in different ways locally. Some of its other names include Mother of All Cities and Golden Prague. But the most commonly used name is the 100-Spires.

Let us take a tour into this City of Hundred Spires in this Upshot Metros section.

Prague is the capital city of the Czech Republic and also the largest city. In the European Union, Prague is the 13th largest city and is also the historical capital of Bohemia. The city is located on the longest river in the Czech Republic, the Vlatava River. The city is home to about 1.3 million people, while its metropolitan area is said to have a population of 2.7 million.

Being a city with rich history, The City is also the cultural and economic center of central Europe. The city of Prague was founded during the Romanesque, and it flourished during the Gothic, Renaissance, and Baroque eras. As a result, The City is home to several cultural and historical attractions that are well-known. Some of these include the Prague Castle, Charles Bridge, Old Town Square, and Prague astronomical clock.

When you look at the history of the city, it is apparent that it has been a part of major world events. After the First World War ended with the defeat of the Austro-Hungarian empire, Czechoslovakia was created and The City was selected as its capital; because at that time, The City was the true European capital with a highly developed industrial sector.

After the Velvet Revolution in 1989, Czechoslovakia benefitted largely from the new mood. In 1993, the year the Velvet Divorce took place, the Czech Republic was formed, of which Prague has announced the new capital. Since then, Prague has become an important cultural center of Europe with a notable influence from globalization.

The economic structure of Prague has shifted from industry to service-oriented since the 1990s. The industry sectors include pharmaceuticals, printing, food processing, and manufacture of transport equipment, computer technology, and electrical engineering. Among the service sector, some of the most significant sectors include financial and commercial services, trade, restaurants, hospitality, and public administration.

One-half of the national income from tourism is spent in The City. From the late 1990s to the 2000s The City has been a common filming location for many Hollywood as well as Bollywood motion pictures. The amazing architecture, low costs, and the existing motion pictures infrastructure in the city have attracted some international film production companies.

The Culture of Prague

The City is traditionally one of the cultural centers of Europe. Many cultural events are hosted in the city all year round. Some of the significant institutions in The City include the National Theatre and the Estates Theatre. Many world-class museums are also located in the city. Notable among those are the National Museum, the Museum of the Capital City of Prague The city of Hundred Spires. The Jewish Museum, the Alfons Mucha Museum, the African Prague Museum, and many more.

Barrandov Studios is quite a famous set of film studios in The City and many films have been shot there. Some of these films include Hollywood’s Mission Impossible, Alien vs. Predator, The Chronicles of Narnia, and Spiderman: Far From Home, etc.

With the low-cost airlines in Europe coupled with astonishing museums and cultural sites blended with delicious cuisine, The City has become a weekend destination for many!

PrevEisenhower Box – How to be More Productive
How to Bulletproof Your Business?Next