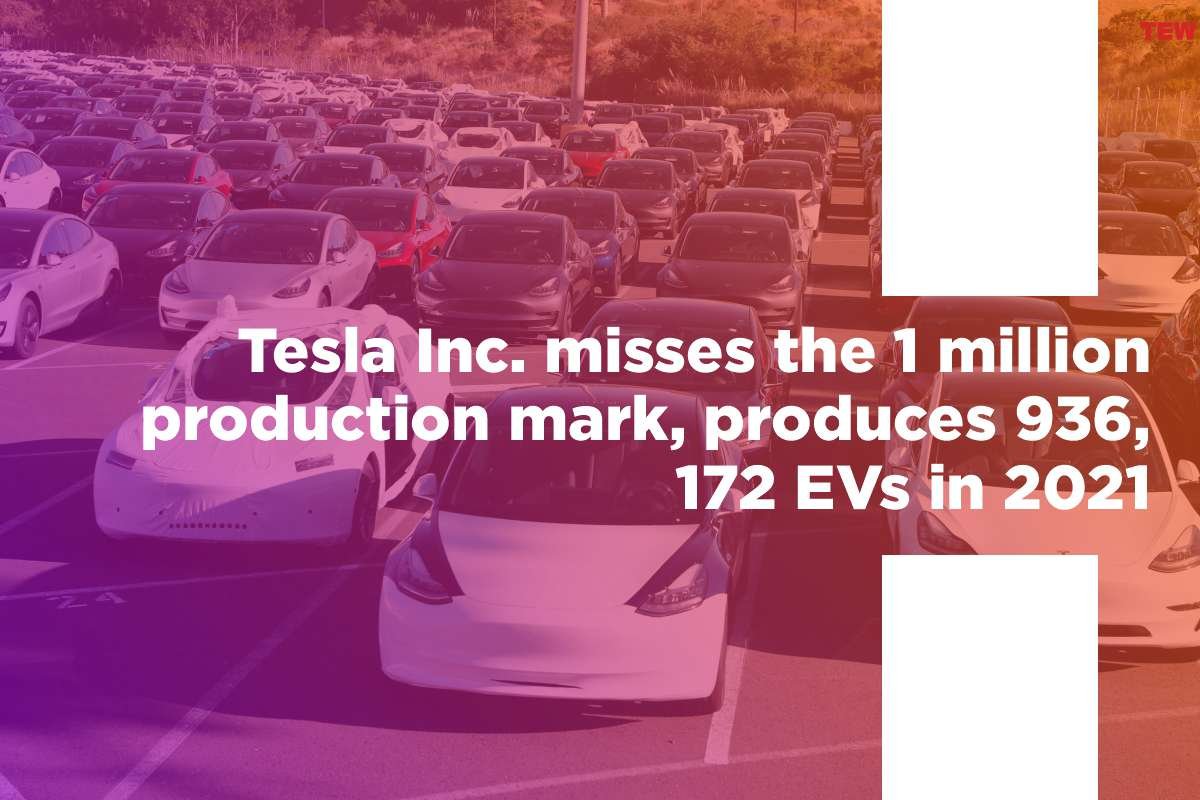 Tesla Inc., one of the fastest-growing U.S. automobile manufacturers, reported staggering figures of net deliveries in 2021. The company reported its best-ever total sales volume of 936,172 units of its cars and crossovers.

The most share of this figure was headed by Model Y hatchbacks and Model 3 sedans. The Model s and Model X crossovers being expensive with an approximate $100,000 price tag, added a smaller portion to these figures.

The production figures for the last quarter totaled 305,840 units, adding on to the total figure. The company currently has three manufacturing units set up in Fremont, California, and Shanghai.

What led to these staggering sales figures?

While automobile makers around the globe were stuck with chip supply shortages, Tesla Inc. beautifully steered across this challenge. This has strengthened the company’s position in the market, and will also prove to be an edge in 2022.

Although the company doesn’t break its sales by region, China has been a key factor in this explosive growth. With the Shanghai unit in place, they have easier and faster access to Europe and other markets.

The company’s year-long deliverables have risen 87% from 2021. Beating the estimations by analysts, and producing a staggering figure, falling short of the 1 million mark by a narrow margin.

What lies ahead for Tesla Inc. and its stock valuations?

Technoking, Tesla, Elon Musk has stated that he feels Tesla Inc. can sell 20 million EVs annually by the end of the decade. With Gigafactories under construction in Germany and Texas from June 2021, the goal seems within reach.

Also, the rising interest in EVs, especially in the global markets, could prove to be an inflection point for Tesla Inc. Adding to the growth is the rising production capacity, and with Gigafactories, it could be a game-changer for the company.

This staggering sales volume, along with the company’s management and planning, has set the investors and stakeholders in an uproar. Many analysts have given positive ratings and a price target of $1800 for the stock.