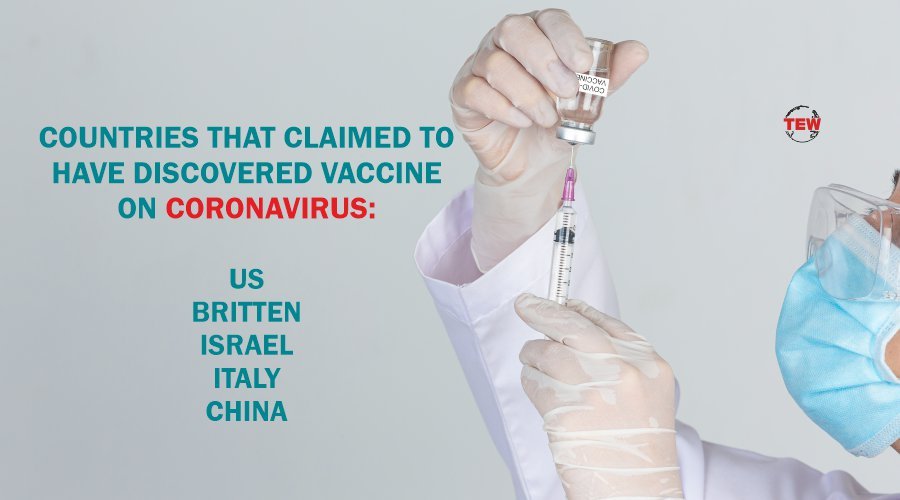 These 5 claims have given hope to the helpless world.

Many countries have claimed that they have found a vaccine on coronavirus. But, 5 of them, the United States, Britain, China, Israel, and Italy, have some facts in their claims.

Two US companies are trying to find a vaccine against corona. Modern is researching with the National Institute of Allergy and Infectious Diseases in the United States. The other company is Pfizer. The United States has been hit hardest by the Corona in the world. Nearly one-third of the world’s corona cases and a quarter of deaths occur in the United States alone.

The University of Oxford in the UK has claimed to have developed a corona vaccine. The corona vaccine has now been tested on more than 5,000 people in 200 hospitals, according to a British claim. That is, the vaccine was developed and is currently being tested on humans.

Human trials of three vaccines have begun in China, the birthplace of the corona. The first vaccine is being tested by Casino Biology in China, the Institute of Biotechnology, and the Chinese Academy of Military Medical Sciences. The second vaccine, LV-SMENP-DC, is being tested at the Shenzhen Genoimmune Medical Institute. A trial of the third vaccine is underway in China’s Wuhan province.

Israel claims to have developed a vaccine on the COVID 19. The corona vaccine has been developed in the world’s most mysterious biological research lab, according to Israeli claims. Israeli Defense Minister Neftali Bennett said in a statement. Scientists at the Israel Institute of Biological Research have reportedly developed antibodies to the Covid-19 virus.

Italy has also claimed to have developed the corona vaccine. According to the claim, antibodies have been detected in a test performed at Spallanzani Hospital in Rome, Italy.

In the last twenty-four hours, 172 people have died of COVID-19 disease in Italy. The total number of victims in Italy has now reached 30,911. Yesterday the number of patients increased by 1402, now in Italy there are about 221000 patients.