Vodafone – Idea can make a big Strategic announcement on Monday! 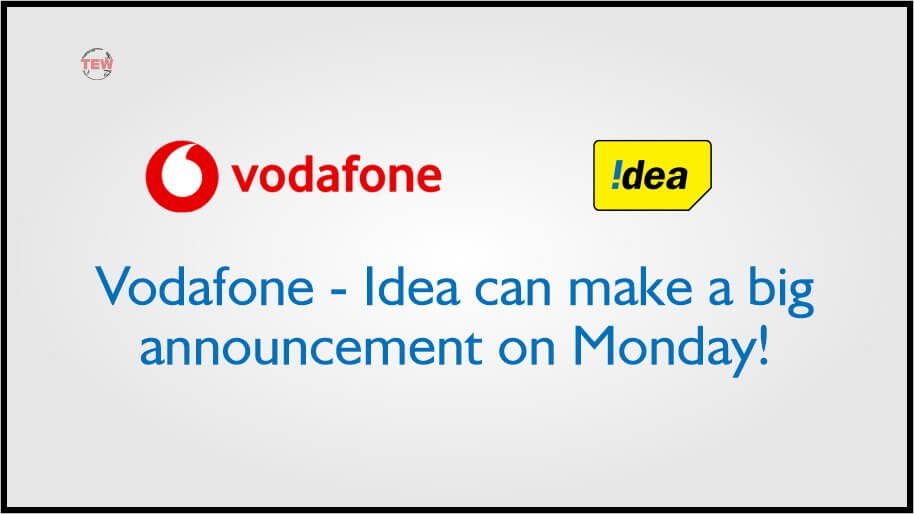 A big strategic announcement can be made on Monday by Vodafone Idea, a telecom company that has been facing an economic crisis for a long time. According to reports, the Vodafone Idea is set to rebrand itself. The company may make this major announcement after the sale of shares and the decision to raise Rs 25,000 Cr through debt from new investors. It is believed that the company may make a big strategic announcement during this period, due to which the telecom sector may once again see a stir in the coming days.

The British company Vodafone and India’s Aditya Birla Group own the company. The two groups merged after the launch of Jio and a new company called Vodafone Idea came into existence. According to the reports, the rebranding will include Vodafone Idea’s combined identity and advertising, until now both companies were promoting themselves separately. After the relaunch, the company is expected to announce new packages for its consumers across the country.

The company’s board of directors plans to raise Rs 15,000 Cr through the sale of equity shares and 15,000 Cr through public offers or private placements of non-convertible diversions. However, the company told the stock exchange in its statement that the total will not exceed Rs 25,000 Cr. According to sources, the company is also considering credit enhancement to provide additional comfort to its investors to reduce the debt of Rs 1.7 trillion.

Vodafone-Idea’s Ebitda in the first quarter of FY 2020-21 was Rs 4,100 Cr, which is not enough to repay its CAPEX, interest, deferred spectrum, and AGR’s annual Rs 30,000 Cr dues. The company was dealt a major blow by the Supreme Court Judgment in October 2019, when the Supreme Court asked the company to repay the outstanding of Rs 58,254 Cr to the AGR government.

However, last week, the Supreme Court gave relief, giving the company 10 years to repay the outstanding AGR. However, Vodafone Idea had paid Rs 7,854 Cr of AGR to the telecommunications department. The company’s quarterly loss in the first quarter of the financial year 2020-21 increased to Rs. 25,460 Cr as against the loss in the first quarter of the previous year, which was Rs. 11,643 Cr in the year-ago quarter.