Ways You Can Stay Relaxed for a Job Interview 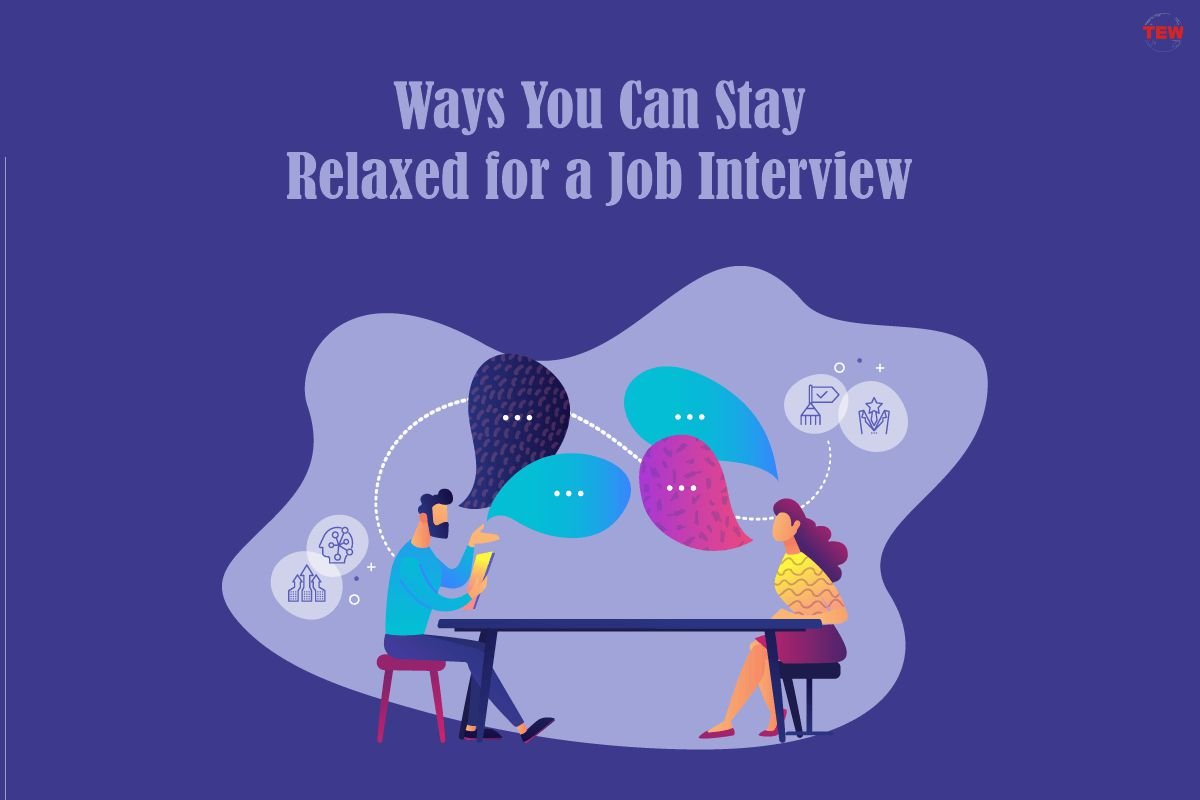 When someone thinks about the process of getting a job, they typically think of how to structure their resume. However, creating the resume is the easy part. The hard part is the Job Interview that comes after. Interviews are how companies screen their applicants to make sure they’re perfect for the job. But as for the person being interviewed, it can be a little nerve wracking. How you present yourself during an Job Interview ultimately determines whether or not an employer will hire you. If you’re in line for an interview and are feeling nervous, here are a few ways you can remain relaxed.

In actuality, all you’re doing is having a conversation about yourself while going over why you’re the best candidate for the job. It’s not as stressful as you may think. Realizing this can help you stay calm and still during the process. You also need to remember that the interviewer was also someone in your exact position at one point in time. Everyone goes through the process of being interviewed.

There are many ways you can relax with one of the most common being deep breathing. Deep breathing is something that’s used in various forms of meditation. It’s meant to help you de-stress and relax. You may be wondering how deep breathing can help you remain calm. It sends a signal to your brain, which in turn, causes it to release endorphins. Endorphins are one of the many hormones that our bodies produce and they’re often referred to as the feel-good hormone.

Do a Mock Interview

You know how actors rehearse their lines before performing on the camera? You can rehearse what you’re going to say in your Job Interview. Furthermore, doing a mock interview can give you an overall feel of what you can expect in the actual thing. You can get a family member or close friend to help you through your pre-interview jitters. It’s also possible for you to do it solo by talking to yourself in a mirror. Pretend to answer potential questions the interviewer may ask you. If you feel like you messed up or don’t like the way you phrased something, you can simply try again.

Although the Job Interview process is mostly the same regardless of the position, the positions themselves differ greatly. Some positions are set in-office, but due to how the workforce has changed over the years, many positions are now remote. This also includes remote interviews. Depending on the job, remote positions require certain equipment. However, equipment such as a high-quality computer can be rather expensive as most of them have an average price of $600 to $700.

In order to purchase what you need in one fell swoop, taking out a personal loan isn’t a bad idea. And though taking out a loan does require some thought; you don’t have to worry about paying debt as much if you go with a private lender. Private lenders are more ideal solely because of their lower interest rates.

Showing up early gives you a bit of extra breathing room to gather your thoughts and yourself. Something else that needs to be brought up is that this Job Interview goes both ways. If the overall atmosphere of the area, the employees and even the employer isn’t to your liking, you’re not obligated to accept the position. Even though a job is basically mandatory to have, that doesn’t mean you should go against your standards. Use this Job Interview as a form of experience and preparation for the next one.