Energy Deregulation: What It Is and Why It Matters? 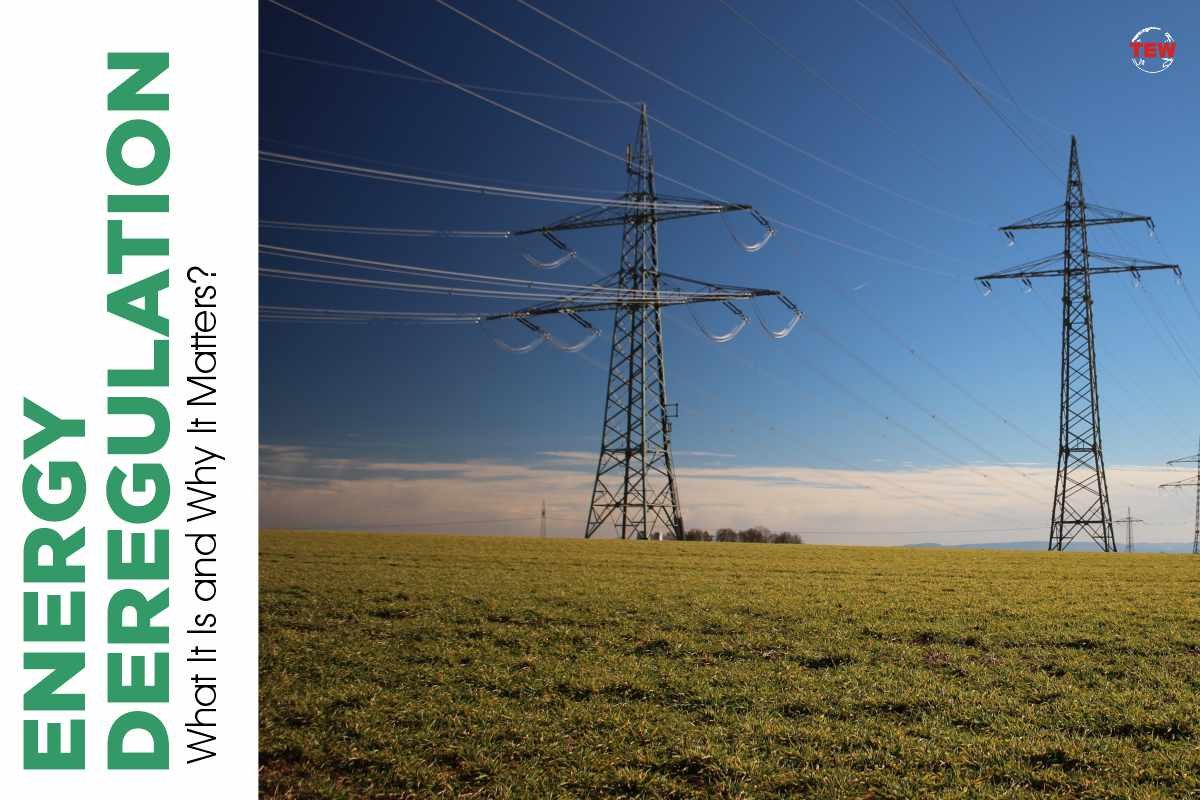 When the UK decided to deregulate its energy sector in 1989, it was considered a bold experiment. The idea was to introduce more competition into the market in order to drive down prices. And while there have been some bumps along the road, overall, it has been a success. In fact, UK consumers are now paying some of the lowest energy prices in Europe. Therefore from this article, you will understand What Is Energy Deregulation.

Deregulation has also introduced more choices into the energy market. Today, consumers can choose from a wide range of energy suppliers, each offering different tariffs and services. This was in contrast to the situation before deregulation when there were just a handful of suppliers and little room for negotiation on price. You can now also access a business electricity rates comparison to know if you are getting the best deal.

Some argue that it has led to a situation where the big energy companies have too much power and can charge what they like. There is also concern that smaller, newer suppliers may have different financial muscles to withstand tough times.

But on balance, deregulation has been good for consumers and good for the energy market. It has introduced more competition and choice and helped to drive down prices. It is an approach that other countries would do well to emulate.

What Is Energy Deregulation?

Energy Deregulation is the process of removing government regulations from an industry or sector. The aim is to create a more accessible and open market where companies can compete on a level playing field.

In the UK, deregulation of the energy sector was first proposed in the 1980s. At that time, the electricity market was dominated by a small number of state-owned companies. These firms were not subject to the same competition as private companies and could therefore charge high prices.

The UK government decided to change this and in 1989, it passed the Electricity Act. This act paved the way for the deregulation and privatizing of the electricity industry. Under the new system, the electricity market was opened up to the competition. Private companies were allowed to generate and sell electricity. The state-owned firms were still allowed to operate but had to compete with the private sector.

The result was a more competitive market and lower prices for consumers. In the years since deregulation, the UK has consistently had some of the lowest electricity prices in Europe.

What Are the Benefits of Deregulation?

Deregulation can have many benefits for both consumers and businesses. When there is more competition in a market, companies are forced to keep their prices down in order to win customers. Some of the benefits of deregulation are:

One of the main benefits of deregulation is lower prices. This is because companies must compete with each other to win customers. When there is more competition, companies can only charge high prices if they lose business.

Deregulation also gives consumers more choices. In a deregulation market, there are usually many different suppliers to choose from. This means that consumers can pick the supplier that offers the best prices and services.

Deregulation can also lead to increased innovation as companies try to find new ways to win customers. This can benefit consumers as they have access to new and improved products and services. For example, in the UK, the deregulation of the telecoms market led to the introduction of new services such as broadband and mobile phones.

What Are the Disadvantages of Deregulation?

Like any economic policy, deregulation has its drawbacks. There is always the risk that companies will abuse their market power and charge high prices. This is why it is important to have strong competition laws in place. Some of the other disadvantages of deregulation are:

One of the main criticisms of deregulation is that it can lead to less financial stability for energy companies. This is because firms must constantly compete with each other to win customers. This can make it difficult for companies to invest in long-term projects or to plan for the future.

2. Increased Prices in the Short Term

Another disadvantage of deregulation is that it can lead to increased prices in the short term. This is because when a market is deregulated, there is often a period of uncertainty as companies try to find their place in the new market. This can lead to higher prices as firms compete for customers.

Another potential disadvantage of deregulation is that it can lead to less regulation. This is because when a market is deregulated, there is often no one body responsible for regulating it. This can make it difficult to protect consumers from unfair practices or to ensure that standards are maintained.

What Are the Implications of Deregulation?

Deregulation can have implications for both businesses and consumers. For businesses, it can mean more competition, which can lead to lower prices and increased innovation. However, it can also mean less financial stability and higher prices in the short term.

For consumers, deregulation can lead to lower prices and more choices. However, it can also mean less regulation and protection from unfair practices. Before a market is deregulated, it is important to consider the implications for both businesses and consumers.

If you have a business or are thinking about starting one, it is worth considering the implications of deregulation. Deregulation can have both positive and negative effects on businesses, so it is important to understand how it might affect your business before making any decisions.