iPhone 14- Everything That is New! 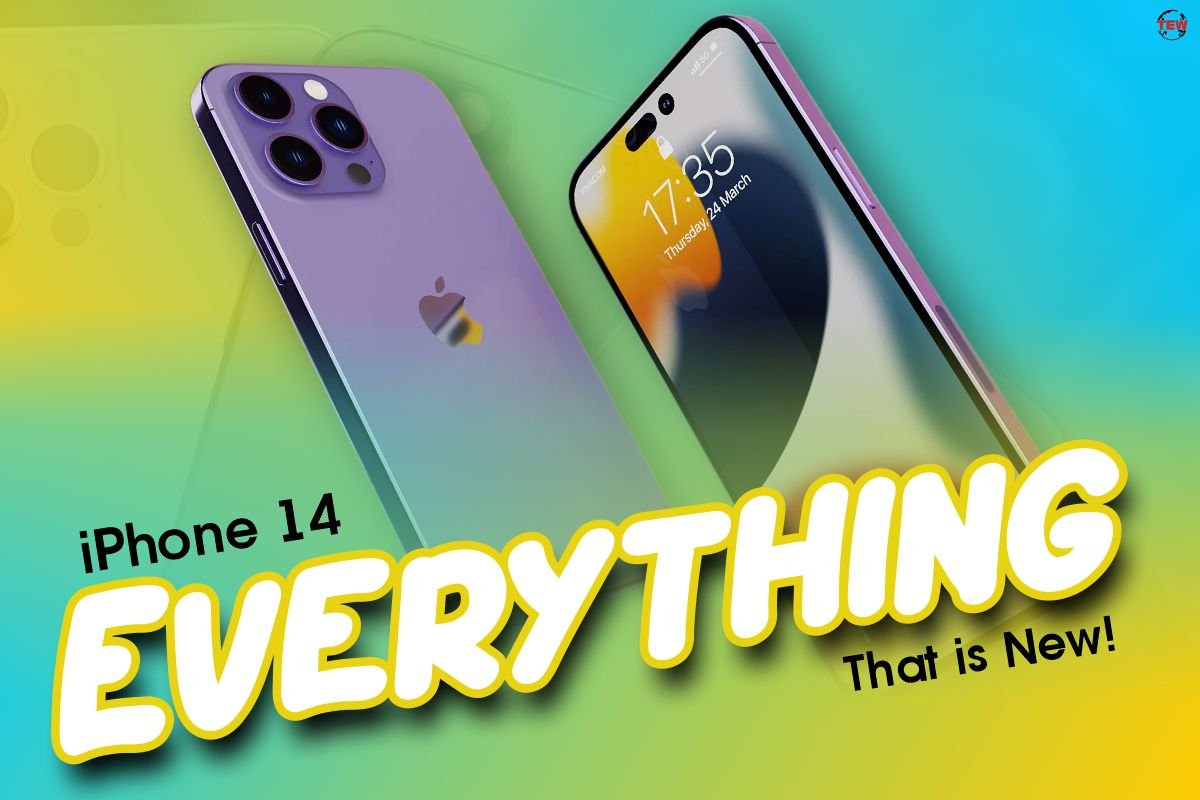 The September of 2022 brings in great joys and bigger announcements, what with Apple’s September 2022 “Far Out” event. Even though it was just a 90-minute show, but it sure was packed with action and exciting announcements for all the Apple fans out there. The tech company launched many new updates to a wide range of Apple products, including the iPhones, and Apple Watch, and also many big and new software updates that are all set to make your Apple products much more seamless than ever.

Here is a glimpse of Everything About iPhone 14 launched in the event. But before we look into all the cool new gadgets with great upgrades, let’s look at the main event that had everyone on the edge of their seats for a time now. The Apple iPhone 14.

It is finally time, and Apple has launched its iPhone 14 line-up. And as their flagship, there remain four models for fans to choose from, albeit these are not the same models as in recent years. Even though the iPhone mini has been discontinued, you now have brand new four models that of iPhone 14, iPhone 14 Plus, iPhone 14 Pro, and iPhone 14 Pro Max. And the launch of these four models clearly shows that Apple has gone big, literally!

The launch event has revealed that the iPhone 14 and the iPhone 14 Plus have an arguably increscent upgrade from the previous version with some minor improvements to the camera and battery in this new upgrade. And then after this came the announcement of the iPhone 14 Pro, and that is where the game changed.

The new iPhone 14 Pro is available in four colours- black, silver, gold, and the brand new deep purple. Looking at the first impressions, the gadget looks beautiful. It has a stainless-steel frame and a ceramic shield display, giving it a very sleek look in all. Apple’s infamous notch is now gone and is replaced with a new pill-shaped cut-out on the screen called as Dynamic Island.

Everything About iPhone 14 – Design, Tech Specs, and The Camera

Talking about the design, it will be preferable for you to think of it as two models that each come in two different sizes. The iPhone mini has been discontinued, and as Apple would like to say, have big or bigger. The iPhone 14, or as many may call it the entry-level iPhone has a 6.1 screen size. And with the new addition in the family of iPhone 14 Plus, this model has a display of 6.7in.

Between the iPhone 14 and the iPhone 14 Plus, not a lot of things have changed talking in the terms of design. Both the phones also look strikingly similar to the iPhone 13 and come in five colours: Midnight, Starlight, Blue, Purple and Red.

The iPhone 14 Pro has dropped it’s most spoken about selfie-camera notch and have instead replaced it with a pill-shaped cut-out called as the Dynamic Island. Dynamic Island will expand to show alerts and any other background activity.

The entry-level iPhone 14 and a slightly larger iPhone 14 Plus comes with Apple’s Super Retina XDR OLED display and have a peak HDR brightness of 1200 nits. It has a ceramic shield on the front glass giving it improved durability.

Speaking about the iPhone 14 Pro and iPhone 14 Pro Max, the brightness can go up to about 1600 nits and has a peak brightness of 2000 nits for outdoor use. Apple has always boasted of the always-on display, which shows notifications and any other information even when the phone is locked. The new LTPO panel enables the refresh rate to scale down to 1Hz from 120Hz making it easier to save battery life even when the always-on display is enabled.

The other new features are that of the much-rumored satellite connectivity. iPhone 14 and iPhone 14 Plus comes with an Emergency SOS with satellite and let you call for emergency help even when you don’t have a mobile signal. The phone comes with two years of free service.

Crash detection is the new addition in the phone, where it detects when you have been in a car crash and will automatically contact your emergency services.

The iPhone 14 does not come with a SIM tray, making it an eSIM-only phone.

The iPhone 14 Pro and Pro Max have an A16 Bionic chip and are built on a 4-nanometer process with a 6-core CPU. The GPU is 5-core more with about 50% more bandwidth and a display engine for Dynamic Island.  The tech company claims that its Neural Engine can deal with about 17 trillion operations per second to computational photography.

The iPhone 14 and 14 Plus come with a new 12MP main camera that has a bigger sensor than their previous versions. The front camera is also 12MP and it helps to add autofocus for the first time and also has a faster lens which gives better low-light performance.

Equipped with the newest Photonic Engine technology, it has improved the low-light performance, with also a 2x improvement on the front camera and the ultra-wide and 2.5x improvement on the main camera. The video has gotten an upgrade too, as it comes with an even more advanced stabilization mode called the Action mode. This can be toggled on for to make the videos smoother even when you are moving.

Talking about the Pros, there is a notable camera upgrade there too. All three cameras (the main, telephoto, and ultrawide) give you an advantage of the improved low-light photography, with the all-new 9-LED flash. The Pros are also equipped with the new 48MP main camera which promises much more detail and 2x improved low-light performance, owing to the new Photonic Engine.

The feature ProRAW can also be used uncompressed at 48MP. This allows for more editing and flexibility and videos can now be shot at 4K up to 40 frames per second in the Cinematic mode. There is also a new Action Mode that comes with the standard iPhone 14.

Here are the other products launched in the event-

It is the new Apple Watch and it is packed with a ton of new features. Out of all, one of the most impressive features of it is crash detection. The watch will utilize a built-in gyroscope to detect a car crash and will immediately call emergency services while also pinning down your location.

It also includes two built-in temperature sensors that will help you monitor your sleep and ovulation cycles. It has a sensitivity of 0.1 degrees Celsius giving you the most accurate temperature data.

The Apple Watch SE 2 is a big improvement from the original version of it. With about 20% more speed than its previous version, it comes with the brand new S8 processor and also has the same crash detection features as the Apple Watch Series 8.

Launching the Pro version of its watch, Apple also launched the Apple Watch Ultra, a watch that wins it all with its superior build quality. Its battery is said to last through a long-distance triathlon without losing the GPS or even the heart rate capabilities. Covered in a titanium casing, the Apple Watch Ultra is water resistant up to 100 meters.

Apple fans have been waiting eagerly for the AirPods 2, and the company finally has showed them off during this event. The AirPods 2, to a great extent look pretty similar to the original ones, including the original features of Active Noise Cancellation (ANC) and Bluetooth. But what’s new is that they come with the new H2 processor.

Some of the other significant improvements in this include a redesigned audio driver and also a battery that will last up to six hours without the case. And a total of 30 hours with the case. The case also has an exciting new addition, with Apple’s most popular Find My Feature.