How Ancient Mathematicians Made It Easy For Investors To Trade 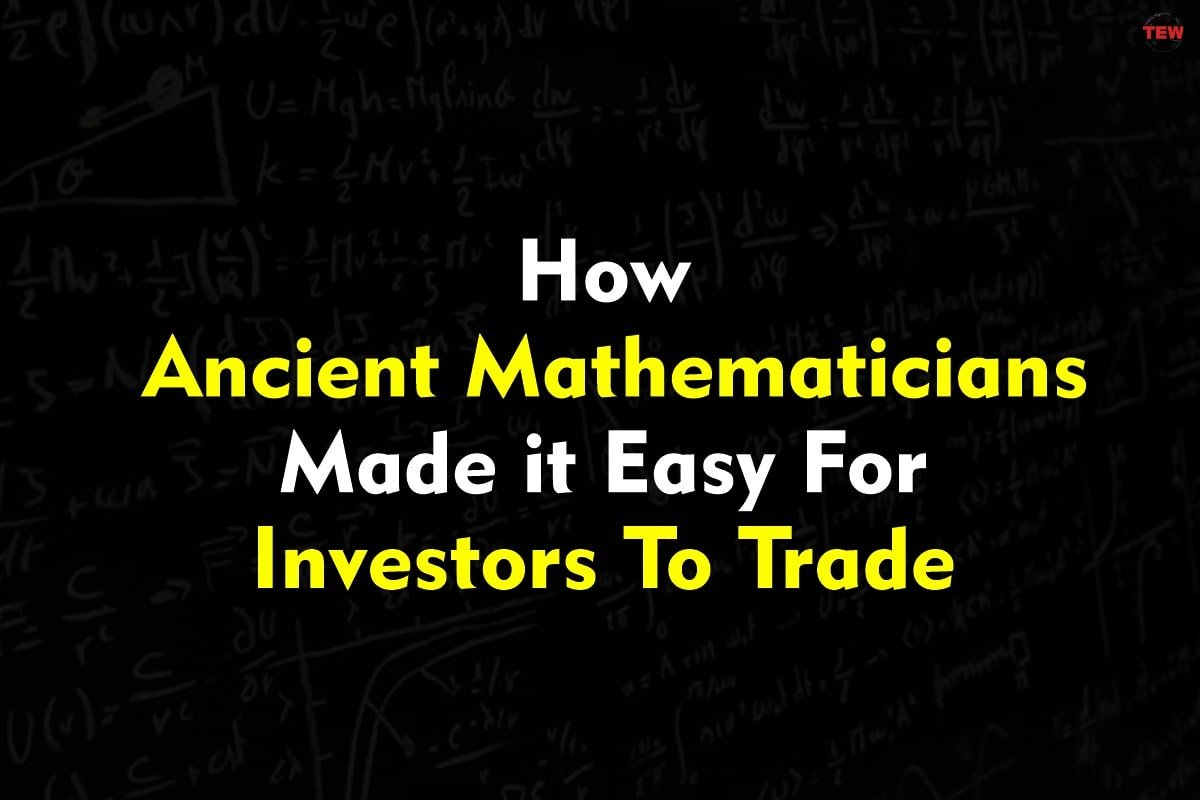 Fibonacci Sequence – Ancient Mathematicians Made It Easy For Investors To Trade

It may seem unusual, but there is a certain satisfaction in applying previous knowledge to current circumstances in order to achieve outcomes in the future. As if we were rediscovering ancient things to put them to new uses…so sure, there is a certain amount of placer into putting this into practice.

Leonardo Pisano was regarded as “the most brilliant Western mathematician of the Middle Ages,” according to certain sources.

A rabbit population was growing when Fibonacci posed and solved the problem in his “Liber Abaci.” Fibonacci used idealized assumptions to describe the growth of the population as a sequence of numbers. Those numbers usually are known as the Fibonacci Sequence.

However, it was Fibonacci who introduced this series of numbers into Western mathematics at the beginning of the XIII century, although the fibonacci sequence had been recognized by Indian mathematicians from the early VI century.

The Fibonacci Retracement is a technical indicator that you may have heard of if you are a trader or an investor in financial markets. Many trading techniques have been created throughout the years that make use of Fibonacci numbers. Every market, from the stock market to the cryptocurrency market, has an enormous variety of trading methods that utilize Fibonacci components to join or exit a trend in the desired position. If you work as a Technical Analyst, Fibonacci is almost certainly a good buddy of yours.

There are lots of stock traders who are trading stocks with Fibonacci sequence-related strategies in order to forecast future changes in the marketplace. The Fibonacci sequence levels that are most frequently utilized in trading and mining cryptocurrency, on the other hand, are 38.2 percent, 50 percent, 61.8 percent, and 100 percent. The 50 percent level is not a Fibonacci level in the traditional sense; rather, it is derived from the Dow Theory’s claim that averages often retrace half of their previous movement in the opposite direction. Nonetheless, these are the stages where you will encounter the greatest amount of assistance and opposition.

In the case of Fibonacci retracements, which is one of the technical indicators in stock trading, these levels are defined as regions on a chart that show areas of support and resistance taking the price into consideration; in the case of Fibonacci retracements, these areas are restricted by horizontal lines. The trend line between the lowest and highest price of a given trading cycle must be drawn in order to generate these levels; otherwise, the levels will not be created.

Support and resistance zones exist on Fibonacci Retracements, where the price “retraces” once it hits the upper and lower limits. A point of inflection is a visual representation when the candle chart is nearly touching the lines indicated by Fibonacci levels. Points of inflection are often used by traders to join or exit a particular trading position.

Support levels are levels below which the price is unlikely to fall for an extended length of time. The support level of an asset is established by purchasers joining the market if the asset’s price falls to a lower level.

When there is a strong urge to sell, an asset’s price trajectory is interrupted at the resistance level. Instead of taking the danger of seeing the market price fall back to its previous level, a trader may choose to terminate their position and collect their profit.

How These Levels Aid Traders?

These levels are psychological obstacles that tend to reappear in the financial markets on a regular basis, time and time again. For the reasons mentioned before, inflection points are areas where traders expect a rebound or break off of resistance and support levels in the near future.

The fact that the greater the number of individuals that utilize Fibonacci levels, the more accurate they become is another intriguing feature of the numbers themselves.

As you may have anticipated, the 61.8 percent Fibonacci level is the most significant of the Fibonacci sequence levels. This is a crucial point at which sellers are more likely to abandon their bargain-hunting tactics, setting the stage for a possible purchasing frenzy among the masses.

You may also utilize Fibonacci Retracement Levels to forecast future values for cryptocurrencies, as well as for stocks and other financial instruments. A highly skilled trader would be able to predict how much the price of a certain value would fluctuate, up or down, over the course of a few days or weeks by examining the periods of price variations and the level at which price candles are approaching.

As you can see, we may use ancient methods to solve issues that arise today. How methods established hundreds of years ago can be used now and we can see that they really work, making life a little simpler for some of us, is quite remarkable!

In order to address future issues, humans seek solutions now, but they are often unaware that the answers have already been provided in the past…all we need to do is look back and marvel at the marvels that mankind has previously accomplished…there is no need to reinvent the wheel.

If you look at the market’s trends through the prism of a Fibonacci sequence grid, you can see broader patterns that aren’t simply ups and downs, and you can identify potential profit opportunities that may be just beyond the reach of investors who are just concerned with the short-term movements of the market.

If properly used, the techniques of Fibonacci sequence analysis provide an investor with the confidence and knowledge necessary to survive shakeouts caused by severe downturns and to capitalize on chances to benefit from impending vertical changes. But to succeed in this endeavor, one must be prepared to endure the unsettling volatility that occurs within compressed spans of time in order to see the market moves that a Fibonacci believer expects, which are founded on mathematical formulae that have survived the test of time.