iGaming Licensing Authorities: Everything You Should Know When Picking a Casino 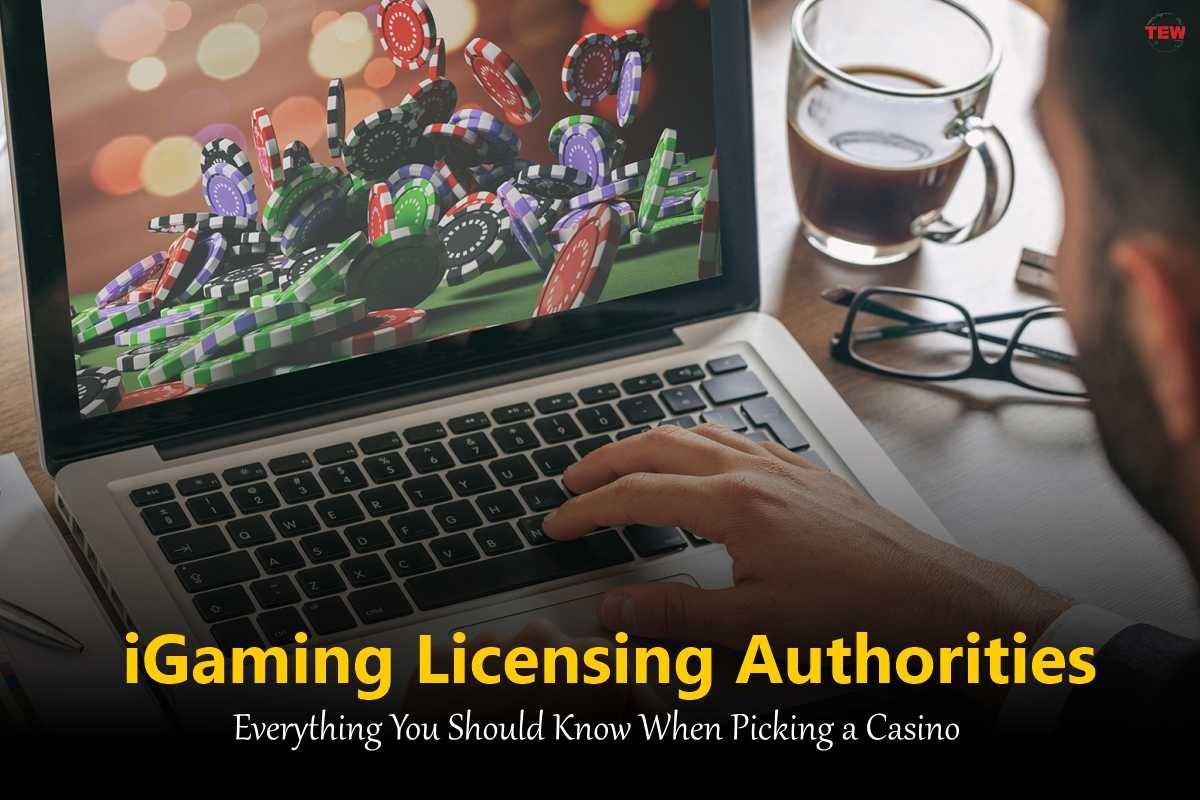 iGaming licensing authorities exist worldwide, but it can sometimes be tricky knowing which ones are the most reliable. Here’s our guide.

When looking at the different iGaming licensing authorities, every player has different preferences when choosing an online casino. Some prefer to play slots, while others prefer live dealers. You can also find players who do not enjoy fulfilling wager requirements. But, we’d argue your safest bet (pun intended) is to go with casinos that are already checked out.

Online gambling is prevalent because of its freedom. This activity allows players to choose from multiple casinos and find hundreds or even thousands of different games at one site. Gaming sites offer almost endless possibilities, including blackjack and live dealer roulette.

This practicality is something that their land-based counterparts can’t match. Online gambling is becoming more popular because of these reasons. But, there is one thing that is more important than all the rest. Most gamblers agree that every operator needs a license. Is it enough to have a licensed seal on a casino? Are there differences among gambling regulatory authorities across the globe?

This article will answer these questions by examining the different entities that oversee the regulation and protection of the online casino industry.

Most casino players believe that the UKGC is only responsible for online gambling in England. However, it has a wide area of activities, which includes Scotland and Wales.

The UKGC (United Kingdom Gambling Commission) is one of the world’s strictest and most respected licensing authorities. It is an example to all local and international authorities.

It was established in 2007 and has made significant changes to the UK’s online gaming environment. All UK-facing casinos must obtain a valid license. However, this license is not easy to get. This commission is one of the most stringent licensing authorities.

Any operator who wants to be licensed by the UKGC must follow strict guidelines and ensure that everything is in order. Some of the most high-profile fines imposed on operators by the United Kingdom Gambling Commission have reached as high as $13 million. The UKGC has licensed over 300 online bookmakers and casinos, with over 3,000 licenses issued overall.

Most industry professionals consider Malta the Mecca for online gambling. When it comes to iGaming licensing authorities, this was the first country to issue iGaming licenses.

The EU member status of this small country in the Mediterranean hosts many of the most prominent names in the industry. The MGA is a pioneer in online gaming licenses, so it enjoys such a high level of popularity. Operator fees are another critical aspect.

Initially, the authority was called LGA. It changed its name to reflect the modernization of the licensing authority and its practices in 2015. The MGA is more relaxed than the UKGC in terms of strictness. They also have strict KYC, anti-money laundering, and responsible gambling procedures.

A casino with an MGA license can operate in any European state without a licensing authority. Although more countries pass gambling legislation and create government agencies to supervise online gambling, an MGA license will still allow casinos to access markets like Finland, Canada, Norway, etc.

The MGA license is second in trustworthiness after the UKGC. Most players consider casinos that have such licenses safe. Until today, the MGA has issued 348 iGaming licenses.

Gibraltar has followed in the footsteps of Malta’s licensing authority. It began its work in 2005 and implemented legislation very similar to that of Malta. Slowly, they gained prominence in the industry. The Gambling Acts played a significant role in making online gambling responsible for a record 40% of Gibraltar’s GDP.

When it comes to trivia about the various iGaming licensing authorities, a Gibraltar license was valid in the United Kingdom. However, the Licencing and Advertising Act changed things in 2014. It required that operators who have a Gibraltar license pay 15% tax on any profits earned within the UK. This licensing authority has issued more than 150 licenses. It will undoubtedly have an impact on the industry in the following years.

Curacao, another jurisdiction that allows issuing online gambling licenses in multiple countries, is also famous. Although its reputation is somewhat lacking compared to the UKGC and MGA, it seems more prevalent.

This fame is likely due to the organization of Curacao’s licensing authority. The first Master Licenses went to four operators. They had to be verified and adhere to a set of regulations. The problem is, the master license owner can issue a “sublicense” to authorize others operators to operate based on their master license. The Curacao license has a history of going to several less well-known casinos.

Fair enough; however, it doesn’t necessarily mean all Curacao licensed casino operators are either trustworthy or will provide low-quality services. Shady operators can easily exist and multiply due to a lack of regulation and strict licensing checks.

PAGCOR, a Philippine gambling regulator, is the only one that issues gambling licenses to operators. This body is responsible for all casino licenses in the Philippines and is among the best-known iGaming licensing authorities in the region.

FCLRC (First Cagayan Leisure and Resort Corporation) is responsible for e-gaming licensing. All casinos and bookmakers looking to gain traction in the Philippines can enjoy both online and land-based gaming. Local operators who establish their headquarters in the area enjoy substantial tax credits. However, they aren’t allowed to provide their services to locals.

This licensing authority has been active since 2002. The Board has licensed venues operating within the country and around the globe.

Operators looking to enter the US market typically target the Panamese license because of its excellent relations with the USA. They are trustworthy because they have precise requirements.

The Alderney Gambling Commission has a headquarters in the British Isles. It has made a lot of efforts to attract operators who are looking for an online gaming license.

When it comes to iGaming licensing authorities, the AGCC has been very popular thanks to eliminating percentual fees, the agreement to a fixed annual rate from each licensee, and few restrictions regarding targeting different markets around the globe. Although there are occasional complaints, the reputation of AGCC is excellent.

The Gambling Supervision Commission, located on the Isle of Man, is one of the oldest iGaming regulatory bodies. It has been operating since 1962. As soon as online licensing became popular, it quickly adapted to them.

Its services are desirable to operators because of its long-term licenses, low taxes, and high profits. Operators of video slots and other casino games will find the Isle of Man license very beneficial as there are no restrictions on where they can offer their services.

Even though the Antigua Division of Gaming may not be as well-known as the UKGC, MGA, or Curacao, this entity is a significant part of the equation and has earned its place in iGaming’s history.

Antigua and Barbuda’s licensing authority argued that the US violated the General Agreement on Trade Services by its anti-online gaming stance. In 2007, the World Trade Organization intervened and ruled in Antigua’s favor, forcing the US to pay $3.4 million.

These licenses are generally trustworthy, and there are no restrictions as to where companies can offer services. As far as iGaming licensing authorities go, playing at a venue with any of the aforementioned licenses all but guarantees safety. Good luck!