Jakarta – Queen of the Orient 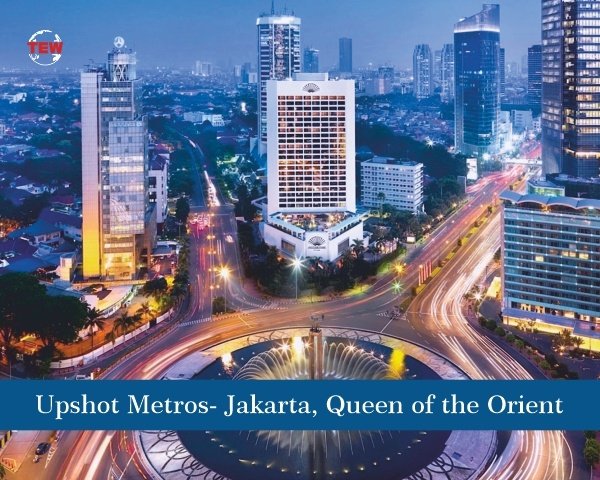 The city was established as Sunda Kelapa in the fourth century and is today the capital and the largest city in Indonesia. Jakarta-Queen of the Orient or Sunda Kelapa became an important trading port for the Sunda Kingdom. Jakarta is today officially a province, with a special capital region status. Although, it is sometimes still referred to as a city.

Nicknamed as the ‘Big Durian’, Jakarta is the most populous island of Java. It is also the center of the economy, culture, and politics of Indonesia. The number of business opportunities The City offers is numerous and it has attracted many potential businessmen across the Indonesian archipelago. Jakarta-Queen of the Orient is an alpha world city, and a seat for the ASEAN secretariat, which has made it an important city for international diplomacy. Many of the important financial institutions like the Bank of Indonesia, Indonesia Stock Exchange, and also the headquarters of many other Indonesian companies and other multinational companies are located in the city.

Out of the ASEAN region, Indonesia is the largest economy, and Jakarta plays a vital role in it. It is the economic nerve center of the Indonesian archipelago. The economy of The City is highly dependent on the manufacturing sector and other service sectors such as the banking, trading, and financial sectors. As of the year 2018, Jakarta contributed to as much as 17% of the GRPD (Gross Regional Domestic Product) of Indonesia. And in the previous year, the economic growth of Jakarta was 6.22%.

The cost of living in the city has risen over the years and continues to rise still. The land prices and rents have shot up, the industrial development and real estate is concentrated in the outskirts of the city, while commerce and trade still occupy the centers of the city.  The property market of Jakarta is luxurious. Knight Frank, the global estate company, based in London reported in 2014 that Jakarta offered the highest returns on high-end property investments.

Jakarta-Queen of the Orient is a part of roughly one-fourth of Indonesia’s trade, and the Indonesian Chamber of Commerce has been actively promoting trade in the country. The municipality of the city also runs several markets, which are an important factor in the financial aid of the city. Markets like Pasar Senen, Pasar Glodok are some of the major retail centres. Along with this, The City also has many malls and shopping centers. Most of the world’s renowned brands have a presence in the retail markets of The City.

With architectural styles influenced by the Malay, Javanese, Chinese, and Arabic periods, The City has a very significant cityscape. The Betawi house shows many external influences of architecture. The number of cultural buildings registered has increased significantly. The colonial buildings and structures built during the colonial era reflect the dominant colonial styles. These can be broadly divided into three periods- The Dutch Golden Age, the Transitional style, and the Dutch Modernism.

Many of the landmarks, monuments, and statues in The City today were built during the Sukarno era. Sukarno- who was an architect is said to have planned the monuments and statues of the city. He is said to have planned the statues and monuments in such a way to make the city a beacon of the powerful new nation. During his reign, many monumental projects were planned and initiated. Some of these projects include the National Monument, Istiqlal Mosque, and National Parliament.

Jakarta, being the capital of Indonesia is a melting pot for all different kinds of cultures. And rightly, one can see its cultural diversity in the type of food, the art, and festivals and so much more. The Betawi people, who are considered the indigenous community of Jakarta, represent the culture and tradition of Indonesia. The Betawi people represent many different cultures, languages, ethnics and many more together rather than a single dominant culture.

Some of the famous festivals celebrated in Jakarta include the Jalan Jaksa Festival, Kemang Festival, Festival Condet, and Lebaran Betawi. These festivals are celebrated to preserve the old traditional Betawi arts. Many of the Betawi artists are invited for their performances at these festivals.

The other arts and culture festivals and exhibitions include the Jakarta International Film Festival, or also called the JiFFest, Djakarta Warehouse Project, Jakarta Fashion Week, etc. Similar traditions and varieties are seen in the cuisine of The City. The cuisine of Jakarta features almost all the varieties of the Indonesian food culture. The famous is through the local Betawi cuisine, which often reflects various foreign cuisine traditions. Soto Betawi is one of the most popular local dishes in Jakarta. Some of the other local favorites include Soto kaki, nasi uduk, etc.

Have you ever imagined what if our favorite social media platforms get permanently closed?   While