How Python Became An Enterprise-Level Language! 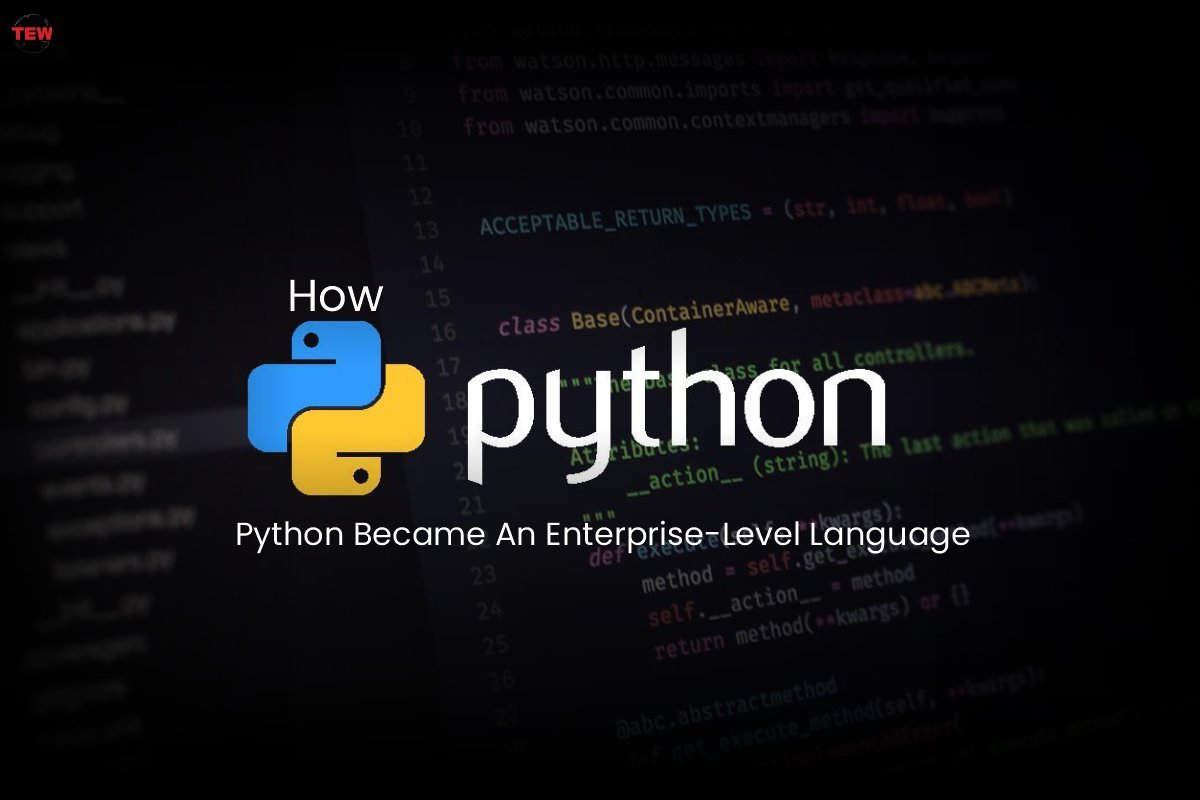 Python has evolved over the past 30 years while remaining true to its core principles, as illustrated in the Zen Of Python. Its popularity among programmers is growing, so it is good to look at its history to see how Python has become one of the most influential computer languages in the world.

Guido van Rossum developed Python in the 1980s as a way to improve upon ABC. As the “Benevolent Dictator for Life“, van Rossum was the leader of Python until July 2018.

Readability: Simplicity and syntax, close to natural language, have increased programmers’ productivity. Many feel it has also brought back their joy of programming.

Python’s extensibility: It has a modest underlying language, a sizeable standard library, and a compiler that can be easily extended. This grants programmers the ability to add programmable interfaces into existing applications.

Maintainability: The Python approach is “there should only be one–and preferably one–obvious way to do it”. This allows for coding styles, recommendations, and standards to be enforced. It also increases readability and maintainability for projects.

In short, Python is so popular because it can be used in combination with languages that have strengths in different areas. This allows its users to solve a wide range of programming problems with full-stack programming.

A popular fallacy about dynamically-typed languages like Python is that they can’t be used dependably to build enterprise-grade software. Most government and commercial organizations use Python one way or another. This is either to glue disparate code applications together or to build all-new applications altogether.

What is Enterprise Software?

Software designed for enterprise use is more tailored to the needs of an organization than it is to the individual. Software designed for enterprises often integrates with legacy systems such as databases and other non-web applications. Integration with authentication systems like AD (Active Directory) or LDAP (Lightweight Directory Access Protocols) is often required.

Why the Distrust of Python in Enterprise Environments?

Large enterprises have traditionally used statically-typed languages and platforms like C++, C#, and Java to build enterprise software. These languages were marketed as “enterprise-grade” by large companies like Oracle, Sun Microsystems, and Microsoft in the 1990s and 2000s. Other programming ecosystems were marketed as unsuitable for enterprise-class systems with difficult technical environments. Anything not C++, Java, and C#, were all considered risky languages and thus unworthy of investment.

Why is Python Suitable now for Creating Enterprise Software?

The languages and ecosystems that support dynamically typed languages have improved greatly since the 2000s and sometimes surpass other ecosystems. Once criticized, Python, Ruby, and other languages have huge, well-maintained open-source ecosystems supported by large companies like Microsoft, IBM, and Google.

Python’s open-source libraries are among the most well-maintained and feature-rich pieces of code available, particularly for web development and data analysis.

Easy to Learn, Simple to use, yet Powerful Enough for Enterprise Programming: 7 Reasons Why You Should Learn Python

The Python language offers many job opportunities and high growth prospects. Every year, the demand for Python Programming has increased dramatically.

Because of its simplicity and support for many machine learning libraries, Python is one of the most popular programming languages for ML (Machine Learning). ML is an important area of computer technology that will only grow in prominence with the continued rise of AI (artificial intelligence).

Python offers a wide range of frameworks that make it easier to create web applications.

Python code is compatible with many of the non-native platforms. It can be integrated into Java, .NET components, or the C/C++ library.

Python’s community can assist you with programming problems or other issues. Post your questions in the community forums, and members of the community will respond quickly.

7. Easy to Learn, Simple to Use

Python’s syntax is simple and easy to learn Python is the growing choice when it comes to programming languages.

Start Your Career As a Python Developer

The next step is easy. Now that you have a list of the top seven reasons to learn Python Programming and how it can help you in your career, you are ready to move on. There are many great Python courses to choose from. You will learn Python and get hands-on experience in Python programming. Once completed, you will have all you need for an exciting, fast-paced career.

PrevThe Advantages of Cardboard Boxes and why every Business Needs it
How to Control Your Emotions While Gambling?Next