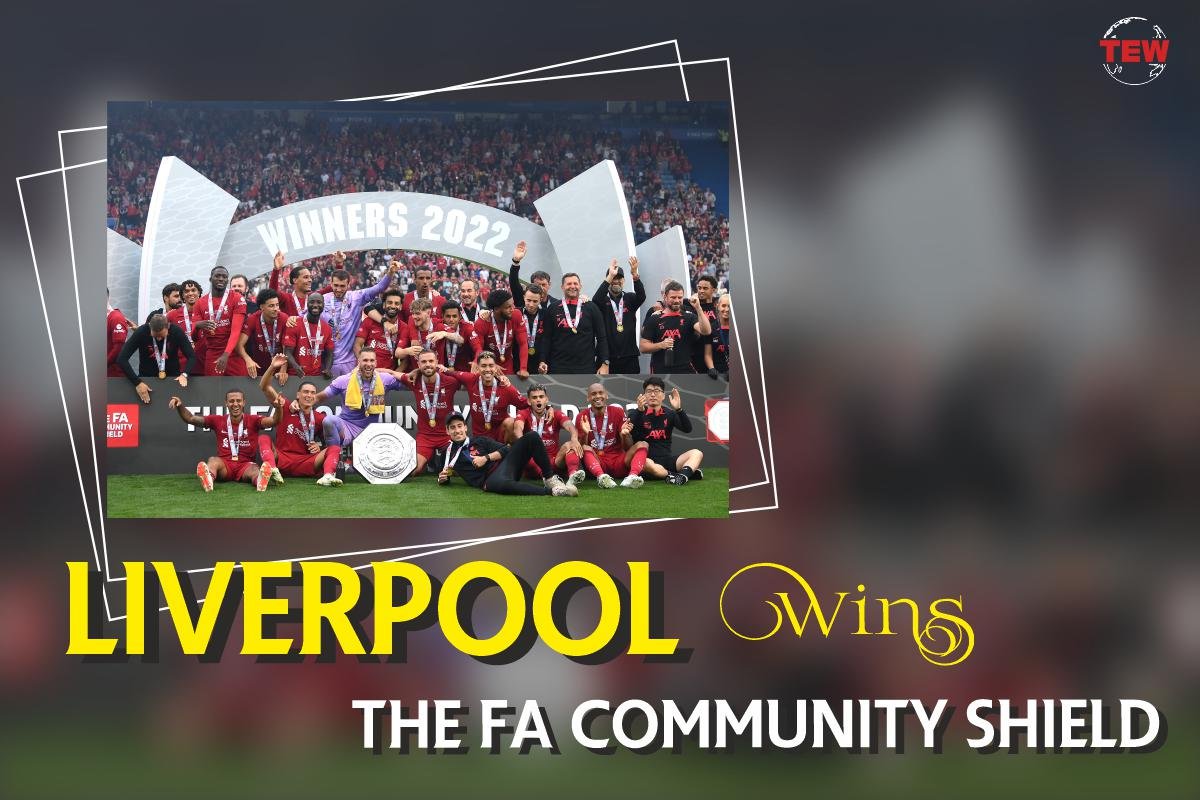 Coming back to the FA Community Shield 2022, this year saw a slight change in the location, and the match took place at Leicester City’s King Power Stadium. Wembley Stadium was hosting the final match for the UEFA Women’s Euro 2022, so the Community Shield match was shifted to a different location.

Liverpool had the upper hand as Trent Alexander-Arnold scored a quick goal, and put his team 1-0 against Manchester during half time. Julian Alvarez tried to tip the scales as he got a goal in the second half of the game, but that was the only goal Manchester could score throughout the match, and it wasn’t enough. Liverpool was able to squeeze in two more goals near the ending time, thanks to Mohammad Salah and Darwin Nunez’s spectacular skills so at Wembley Stadium between the champions of the previous Premier League season and the holders of the FA Cup. So Liverpool Wins the FA Community Shield.

After Ruben Dias blocked Nunez’s header with his hands, Liverpool was awarded a penalty, which the team put to use by allowing Mohammad Salah to take the shot, which he did, and he did with style. The final straw was Darwin Nunez’s goal during the stoppage time which was a header shot, and the ball headed straight into the goal. This was his debut match, and after scoring this first and essential goal for Liverpool, he has been the talk of the town. Not surprisingly, his outstanding performance landed him the Man of the Match title, and the man was certainly pleased.

Both Salah and Nunez recently transferred to the club, as a part of Liverpool’s summer business, and needless to say, the deals seem to be delivering good results very early on. If this pace and teamwork continues, Liverpool might have a great season in the upcoming months. After all, Liverpool fans would agree that their team isn’t in the best of forms during this time of the season.That’s why at Wembley Stadium between the champions of the previous Premier League season and the holders of the FA Cup. So this year Liverpool Wins the FA Community Shield.

With this massive victory,Liverpool Wins FA Community Shield and Liverpool lifted their 16th FA Community Shield, after 16 years. The last Community Shield victory for Liverpool had been in the year 2006, against Chelsea. So this marked a great comeback for the team, and made Jurgen Klopp a manager who has all the titles in the United Kingdom. A viral clip reveals that the team celebrated by humming “One Kiss is All It Takes”, one of the most popular tracks by DJ Calvin Harris.

PrevAre you without health insurance? What is the worst thing that could happen?
9 Ways Severe Weather Can Impact The Corporate Supply ChainNext