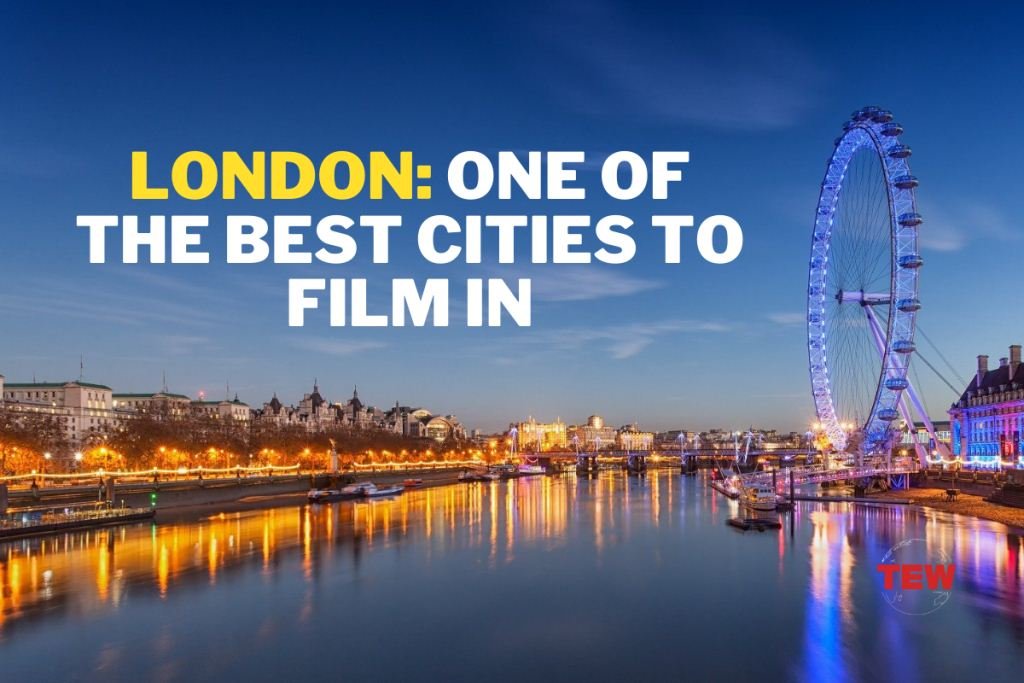 One of the Best Cities to Film In – London

A decade ago, when thinking of the film industry it was typically our American cousins who won the top spot for the best producers for the screen. However, the UK has thrown all this out the window recently and video production London is a force that Hollywood is now contending with.

Since the silver screen debuted in 1895, the technology being made by two French brothers, Louis and Aguste Lumiere, Europe, Russia, and Scandinavia initially dominated the industry.

But it was the ‘golden age of cinema that was owned by the USA. The 1930s and 1940s saw the rise of film stars and it wasn’t just movies they were well known for. Fashion was heavily influenced by what the public saw on the movie screen and with the USA not having the same impact of rationing as the UK and the rest of Europe, the film industry continued almost as normal during World War II.

Well, almost 100 years later, One of the Best Cities to Film In – London is back to claim the title of the home of movies and there are many reasons why every London video production agency is seeing the business grow rapidly.

Below are few reasons of why London is One of The Best Cities to Film In:

Period dramas have never been so popular, from Netflix specials to multi-million dollar movies, it seems that audiences love the escapism of not just another world, but another time. It has even been said to improve mental health. Aside from the lavish costumes and, often questionable, old-school accents, it’s the backdrop to the scenes that really bring our beloved period dramas together.

The opulence of historical gentry is crucial to creating that romantic feeling. While this could be achieved through studio sets, audiences can easily tell what’s real marble and what is fibreglass, cheap, copy.

It is only natural to film on location for these films. One of the Best Cities to Film In – London is so rich in history that almost every period in history can be achieved with the quick removal of modern items. Many of London’s historical sites are still dressed daily to echo how they were once used by royalty, so what’s the point in any video production agency in London or elsewhere to bother trying to search anywhere else?

While the USA has a long and beautiful history, western culture is still very new to The States. In comparison, their oldest buildings are a few hundred years old while London can date some buildings back over 400 years.

For modern-based films, some of the most successful are those that portray minorities and their lives that many of us may not be aware of or fully understand. To properly do these groups justice, a realistic setting must be used.

One of the Best Cities to Film In – London is incredibly diverse. With a huge range of ethnicities, religions, sexualities, and gender identities and one of the biggest divides between the rich and poor. A film can’t just tell a story, it needs to have all the elements that connect that story to the rest of the world to be correct.

That’s why London is perfect for any director wanting to show diversity and culture in the modern world. The numerous cultures and subcultures in One of the Best Cities to Film In – London make the city the perfect backdrop for these movies.

Western cinema stretches halfway across the world and so does the talent that creates it. Filmmakers risk losing out on some of the best cast and crew by choosing a location that is simply too far. With One of the Best Cities to Film In – London having such incredible connections to the rest of Europe, those on the payroll can easily attend shoots, while also being able to maintain a family life back home.

Even on extensive shoots that can take months to finish, crew members can use their downtime to pop back home, without affecting their work.

It isn’t just about the location seen on the screen that is important, filmmakers could be losing out on the best talent down to something as simple as the cast and crew being able to easily visit home.

If Budgets are Tight

Independent movies are often some of the best, but they can fall victim to lack of funding and many even get canceled before they even begin.

One of the Best Cities to Film In – London comes with an incredible government scheme that offers a 20% tax relief, which can be the difference between being funded and having to close. What’s more, producers can claim back up to 25% of the rate for their cast and crew.

This is something that isn’t offered anywhere else in the world for the film industry.

While Hollywood still is seen as the home of cinema, the rise of One of the Best Cities to Film In – London has been so fast and substantial, it may not be long until tinsel town loses its crown to the English capital.

PrevPros And Cons Of Purchasing Used Process Equipment For Your Business
Is Getting Cisco Certified Worth Your Effort? Use Dependable Cisco CCNA Dumps 200-301 To Secure Passing Score In Related ExamNext