How Russia-Ukraine Conflict Could Impact the US Economy? 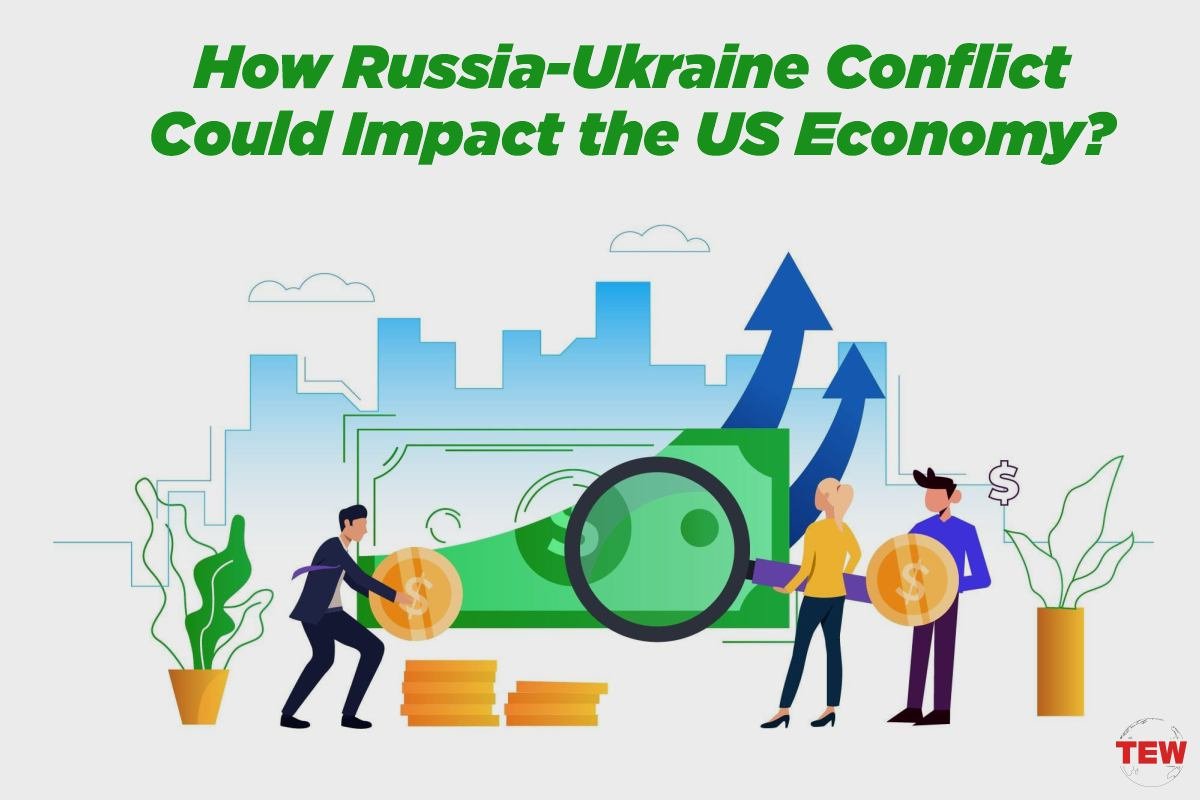 6 Impacts of Russia-Ukraine Conflict on The US Economy

Air, land, and sea, Russia has launched a deadly attack on Ukraine. For several months, Russian President Vladimir Putin had denied all claims of the invasion of his neighbor, Ukraine. But he then tore up a peace treaty and launched a voracious attack on Ukraine’s borders across north, east, and south.

Following the attack on Thursday, the oil prices rose with Brent topping it at $105 per barrel for the first time since 2014. These higher energy costs will only add up to the inflation, by eating up to its consumers’ budgets and thus adding more pressure to the already high inflation.

If these oil prices continue to be at $100 per barrel, the energy costs in US households will thus rise by $750 on average this year as compared to the prices from last year. These added expenses could thereby put a drag on the economic health. The oil prices are estimated to rise at 0.6% this year by slowing the economic growth by 0.4%.

The Russia-Ukraine war could put pressure on the ongoing inflation. For years Russia has been one of the largest exporters of palladium- which is a metal used extensively in the automotive exhaust systems, fuel cells, mobile phones, and in some cases, even some jewelry and dental fillings.

The Russia-Ukraine war could spike the prices of palladium and several other essential metals like platinum, of which Russia is the second-largest producer after South Africa. This could ultimately lead to an increase in prices for manufacturers and subsequently the consumers.

3. Volatility of the Stock Market-

As soon as the word of Russian invasion broke, the global stock markets took a hit of it. The Dow Jones Industrial Average fell down 830 points on Thursday morning. At the same time, the Nasdaq composite was seen slipping about 1.5% and the S&P 500 fell 2.5% at the start of the day.

While this was the scenario in America, in Europe and Germany, the DAX index went down 4% and the broader Stoxx Europe 600 was seen 3.5% lower.

The Russian stock market, MOEX Index hit a record on Thursday when it dropped to over 35% or $150 billion in value.

The Departments of Treasury and Homeland Security have both alerted the public over possible cyber attacks on the US banks, hospitals, government offices, and power grids. These cyber-attacks are estimated to be caused in retaliation for the sanctions imposed against Moscow.

This began when on Thursday morning the local time for the websites of Ukrainian cabinets and foreign affairs and the education ministries all faced disruptions.

5. Rise in the Food Prices-

The ongoing inflation was already hitting hard to the American and European wallets, adding to it this dent of Russian invasion could only make it worse.

Considered as the ‘breadbasket of Europe’, Ukraine has been one of the top five corn exporters in the world with the country trading to about 35.9 million metric tons in 2019 alone. This Russian invasion and a Russia-Ukraine conflict arising from it would see the prices go up in Europe, and not only for corn, but also for other related goods including cooking oil, corn syrup, and livestock feed.

In recent months, the US has also seen a surge in Soybean prices, resulting due to an unusually poor crop in South America.

6. Because of Russia-Ukraine Conflict Restrictions on Travel-

The nature of the Russia-Ukraine conflict and its escalation has shut down travel from the US to both Russia and Ukraine. On the 10th of February, the US Embassy in Kyiv issued an official travel advisory warning stating Americans not to travel to Ukraine due to the increased threats of the Russian military action and COVID-19.

The embassy further said that those already in Ukraine should depart immediately via any commercial or private means.

In late January, due to the rising tensions at the Ukraine border, the State Department had also issued a Level 4 advisory against the Americans who were traveling to Russia.

Prev5 Growth Stocks to watch on the NYSE and Nasdaq in 2022
Looking To The Future: A CISOs Biggest ChallengesNext