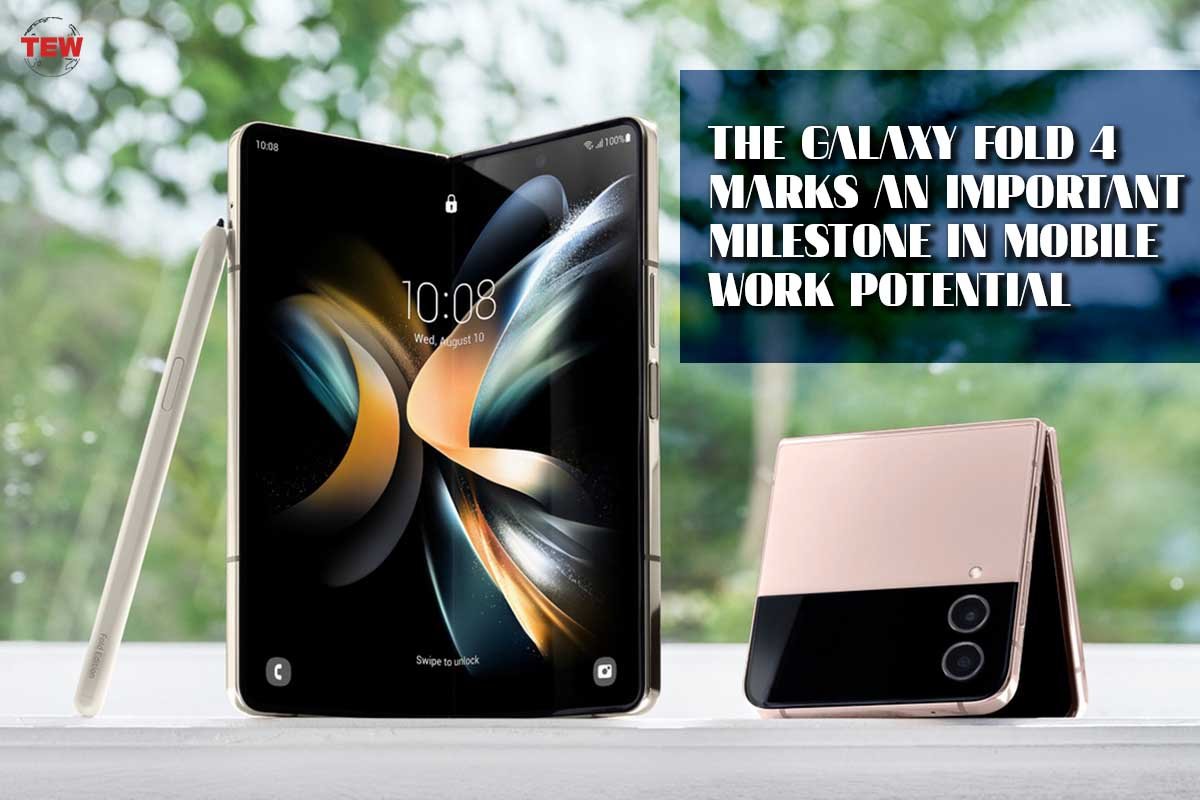 In this article you will get to know about Samsung Galaxy Fold 4 Marks and its devices and how to use them for business.

An effective businessperson is always thinking about improvement. Whether considering long-term plans or organizing the day’s necessities, practically all facets of this reality have seen positive developments through the introduction of mobile phones. These devices allowed us to raise the bar on digital activity, but they’re not without caveats. The new Samsung Galaxy Fold 4 Marks is an important point of departure, however, and could be worth considering for business people as a worthwhile investment.

Why the Samsung Galaxy Fold 4 Marks?

We’ve chosen Samsung’s Galaxy Fold 4 as more of an example of the potential of what folding devices offer, rather than a direct recommendation. As the flagship folding device in the current lineup, it represents the possibilities of what this technology can accomplish. While there were some early concerns about folding phone durability as reported by Engadget, testing has proven these technologies reliable, and with advantages too profound to ignore. https://www.youtube.com/embed/hZN9-pn7cPM

What Makes Folding Devices Better for Business Use?

Before looking at what makes a folding phone superior, we first need to consider what would count as business use. Consider online forex trading on a major website as an example. This eToro review leaves no stone unturned to review in looking at what makes a modern digital version of these businesses successful. These services are quick and easy to access while also offering robust trading options. Like most online trading apps, this is already well-suited to mobile, but folding phones could bring it to another level.

For general visibility, the double-sized screen of mobile devices acts as an obvious step up from the smaller visual real-estate of traditional smartphones. Twice the screen means a user could theoretically view twice the information, which is exceptionally useful in trading. Multitasking support would then grant the opportunity to view multiple apps simultaneously, again increasing efficiency.
Benefits then extend to users with visual and dexterity concerns. Mobiles can be finicky to touch, and those with poorer eyesight can have trouble with the smaller text on smartphone screens. Folding phones allow for larger text while not upsetting page layout, making navigation and reading that much easier.

Users who rely more on installed apps will also see advantages with the increased processing power on folding systems. As premium devices, folding phones have faster hardware than most other mobiles on the market. Their increased total volume, which allows for more hardware and better cooling aids this.

With benchmarks like those on 91Mobiles rating it in the 97% plus percentile in stress tests, users won’t have to worry about the Galaxy 4 Fold or its contemporaries falling short. Plus, since it uses Android rather than iOS, users will also have more flexibility in their chosen software.

If you’re one of those people who already use their mobile for business but frequently find themselves getting frustrated with the experience, it might be time to seriously consider folding tech. While not a perfect solution for all situations, the advantages in visuals, accessibility, and power make it a tool beyond what traditional systems are capable of.
If possible, consider daily driving one for a while, and you might be surprised at just how much is opened up to you on the go.