Shares Or Forex: Which One? 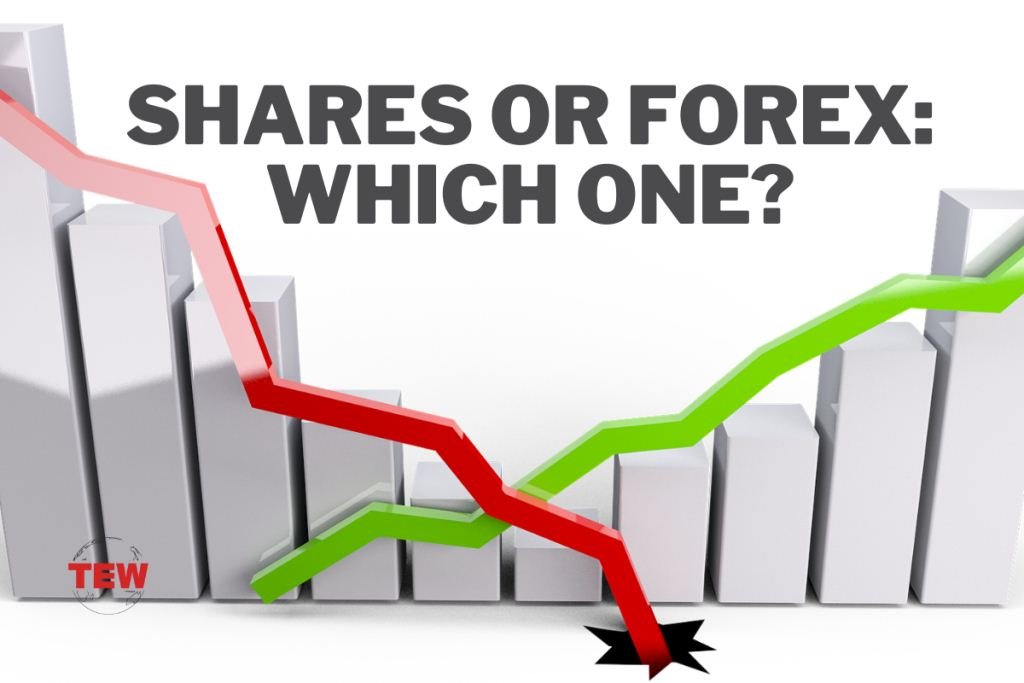 Shares or Forex trading – What Suits You Best?

It’s the big question on everyone’s mind who would like to utilize the market to the best of his or her ability – whether to invest in stocks or to speculate on currencies – also known as forex trading.  Before we go any further, it’s important to establish what the difference is between trading stocks or trading forex.  If you’re new to it all, then it could be easy to lump all these financial instruments together by accident. However, shares or forex of these financial instruments are quite different and each carries its own set of risks and rewards.

Vigilance is key to traversing the complex worlds that both shares or forex trading present and while both have similar broad underlying principles, it’s important to grasp the concepts of shares or forex.

What is the Difference Between the Two? (shares or forex)

The most pronounced difference between the two is that in the case of forex or foreign exchange, you’re involved in the buying and selling of currencies. In fact, quite often you’re involved in the speculation of the movement of the currency pairs – which comes at a cost. The stock market on the other hand deals in shares, which are ownership units of a company. In essence, your decision to trade in stocks or currencies should come down to the assets that interest you, however, here are things to consider…

Stocks are traded on the stock exchange. A prime example of an exchange would be the London Stock Exchange (LSE). Electing to trade in stocks comes with its fair share of benefits, namely that as an investor, you’re entitled to the order books, which allows you to keep track of all the buying and selling.  This kind of thing is especially helpful to traders who make use of fundamental and technical analysis.

When it comes to the forex markets, trading is conducted over the counter or through speculation and/or spread betting. The last two terms are largely interchangeable.  Unlike the stock market,  in the case of forex markets, there is no centralized exchange, meaning that not only can trades be made much faster, but transactions are also conducted privately between buyer and seller.

Before deciding on whether it’s going to be stocks or forex, you need to be aware of what moves market prices. Essentially, shares or forex markets operate on the basis of supply and demand, however, there are several factors that can impact price movements. For instance, if you’re going to trade in stocks, your main focus will be on the factors that affect the company you’ve decided to invest in.

This will include things like the company’s earnings, cash flows, debt levels as well as applicable economic data, sector health, and news reports. And while this might seem like a lot, it’s all focused on the company you’re investing in. According to a CityIndex analysis of financial markets, with forex, there’s a much wider focus as you’re not honing in on a single entity, and thus more complex factors can impact market pricing. Because you’re dealing with currencies, which are related to countries, you’ll need to look at the macroeconomics of the related countries.

You’ll need to constantly monitor things like inflation, unemployment, GDP, political events, and news, and because you’re dealing with not one but two currencies at a time, you’ll need to apply these practices to two countries at a time.

Cost of Admission: shares or forex

Entry barriers, cost of entry or cost of admission for that matter, are important investment attributes to weigh up and be aware of. Stock trading requires much more capital than forex trading, and this is why traders or investors with an interest in speculation and spread betting choose forex for its much lower entry barrier. Forex trading relies on leverage, which allows for small speculators to magnify their controlling units.

For instance, you might just have $500 to trade with, but you would be able to leverage it to the value of $25 000. This is both (shares or forex) advantageous and disadvantageous because while profits can be monumental, so can your losses, so much so, that your investment capital gets wiped out in no time.