Softbank losses over $17.7 billion on investments in companies like WeWork and Uber. 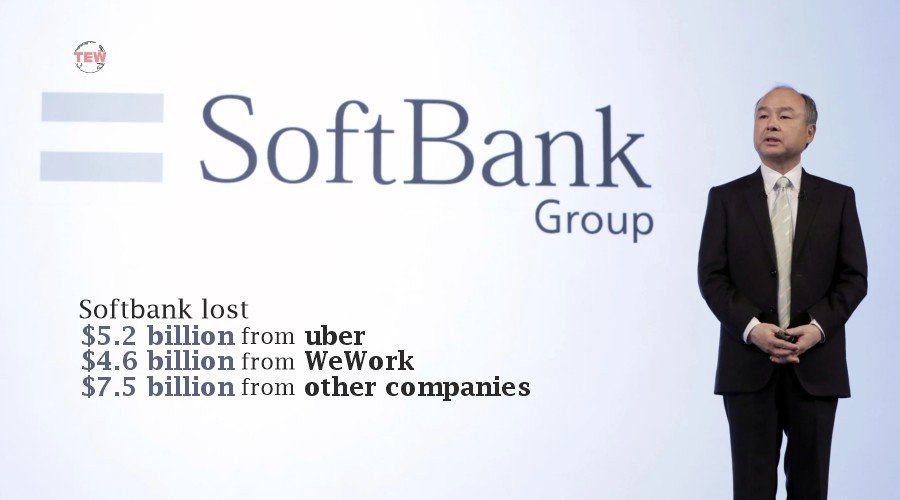 The Corona crisis has put the Japanese Softbank group in a big crisis. Softbank Vision Fund business, which was set up to invest in startups, lost 1.9 trillion yen (17.7 billion dollars) on investment in WeWork and Uber in the last fiscal

Investments in WeWork and Uber are being blamed for the losses, the group said in a statement on Monday. Softbank reported a loss of 1.36 trillion yen and a net loss of 961.6 billion yen for the fiscal year ended March. This is the biggest loss in the company’s 39-year history.

WeWork lost in September after Uber’s disappointing debut in May last year. Yet Softbank defended itself in the name of economy sharing. But now companies are also suffering because of the coronavirus. Son said the situation is very bad.

The corona has created a major crisis in the area we have invested in. However, we expect that this will improve soon. According to the bank, the fall in Uber’s shares affected Vision Fund by a 5.2 billion dollars loss. Due to WeWork, it lost 4.6 billion dollars and other companies caused a loss of 7.5 billion dollars.

Jack Ma resigns as Director: Jack Ma, the co-founder of Chinese e-commerce giant Alibaba, has resigned from the board of directors of Japan’s Softbank Group. He had been working with the bank Group for 13 years. The bank said this on Monday. Debt-ridden Softbank did not give a reason for his resignation. However, due to the risky investment of Softbank in WeWork, Ma is said to have resigned.

Indian startup and unicorn company Oyo has also reportedly suffered heavy losses. Bank had invested about 1.5 billion dollars in Oyo. The company fired employees in other countries last month. Bank has invested in companies and startups in India such as Flipkart, Ola, Paytm, Snapdeal, Oyo Rooms, etc. The bank has invested Rs 53,000 crore in 24 deals and 39 other companies in India in 2018.

PrevThe fourth investor in four weeks, General Atlantic will invest 6598 crores in Reliance Jio
One More Deal: US equity firm KKR has announced an investment of $1.5 billion in Jio PlatformsNext