About 237 Ships Delayed due to Suez Canal Blockage 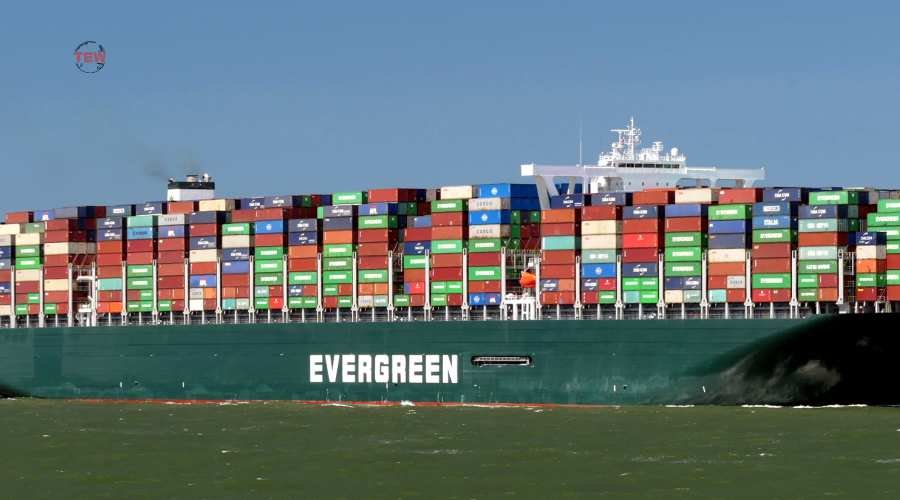 A giant container ship carrying goods from China is stranded in the Suez Canal.

This has caused a huge traffic jam at sea. The Suez Canal is 193.3 km long and connects the Mediterranean Sea and the Red Sea. The flag of Panama is hoisted on the stranded ship.

The 400-meter-long and 59-meter-wide giant lost control as it passed through the Suez Canal on Tuesday morning. Large numbers of tug boats have been deployed to evacuate cargo ships. However, it is likely to take a few days to get the ship out.

A large number of ships are stranded on the shores of the Red Sea and the Mediterranean Sea after these cargo ships got stuck in Suez Canal. Thousands of ships travel between Asia and Europe every day through this canal. If the Canal route is closed for some time, ships will have to make a detour to Africa and then to Europe.

The container ship, with the flag of Panama, was sailing from China to the port of Rotterdam in the Netherlands. In the meantime, he used the Suez Canal to cross the Indian Ocean to Europe. It got stuck in the northern part of the Suez Canal at 7:40 am local time on Tuesday morning. The ship was built in 2018. Evergreen Marine, a Taiwanese transport company, is said to be operating the ship.

According to reports, the crew of the ship Ever Given said that a storm came while crossing the Canal. So the direction of the ship changed. The ship got stuck in one place while trying to reverse. Another cargo ship is stranded behind the ship.

The number of vessels delayed due to the Suez Canal Ship Stuck has increased from 150 to 237.