Efficient Use of 3d Printers In Today’s Society 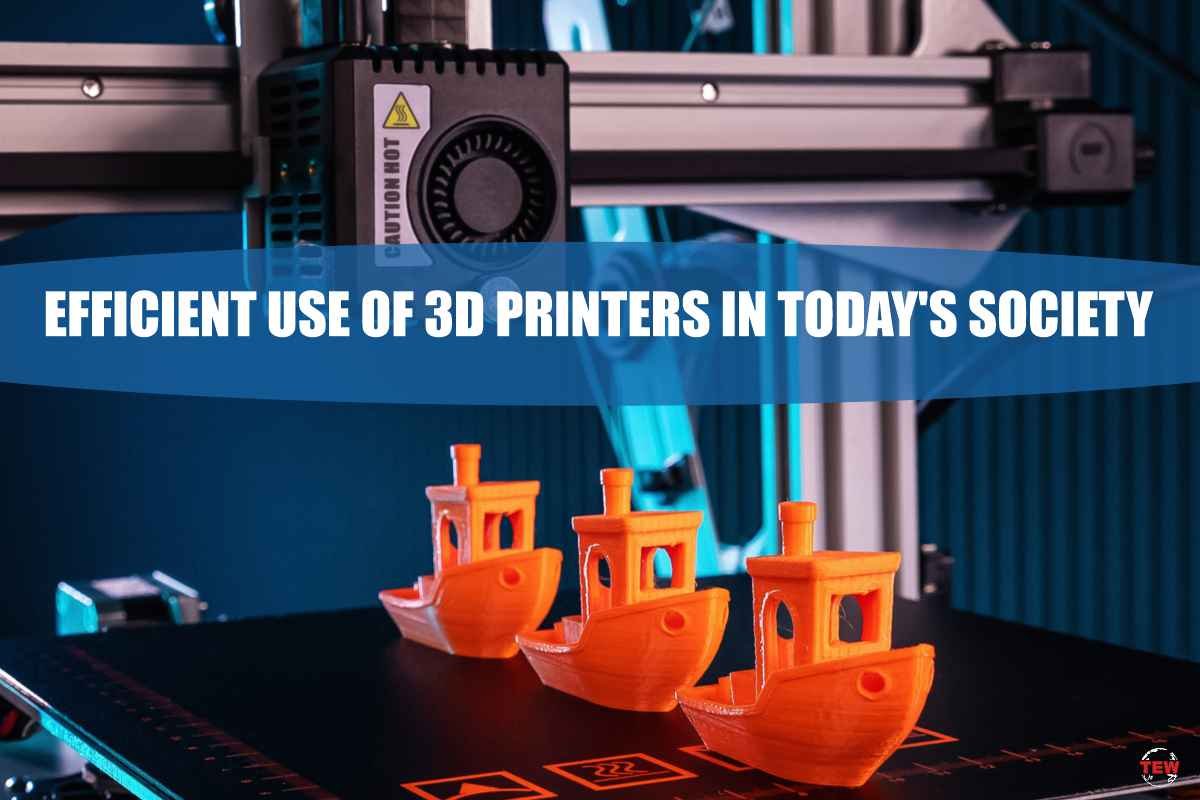 From its early usage in specialized car components in the early 1990s, 3D printing has spread to practically every major business on the planet in some degree. The majority of people are unaware of how diverse 3D printing uses exist in today’s culture.

This article will go through the various applications of 3D printers in today’s culture.

Many instructors are already utilizing 3D printing in the classroom, and polls show that 77% of teachers want to use 3D printers for courses in the future. Teachers may utilize technology to help students enhance their abilities by using 3D printing. They may also utilize 3D printing to improve a variety of teachings in a variety of areas, such as science, history, and more.

Teachers may now 3D print copies of materials that are too fragile for children to handle, such as fossils, bones, and historical artifacts. These 3D models allow people to have a better idea of how the genuine things appear and feel. 3D printing may also be used to educate physics and engineering, as well as to assist kids develop their creative and design abilities.

The automotive sector was one of the first to adopt 3D printing to create prototypes for new automobile parts. Not only is 3D printing being used to prototype automotive parts, but numerous unique efforts have developed whole 3D printed automobiles! Local Motors’ Strati is a tiny, daily automobile with a top speed of around 30-40mph, whereas the Divergent Blade is a 3D printed supercar.

3D printing is now being used to bring historic automobiles back from the scrapyard. Everyone dreams of having a magnificent, nostalgic antique sports vehicle, as shown in classic films from the 1960s and 1970s, but many of these cars have been around for so long that replacement parts are no longer accessible, and manufacturers are no longer building them. They will ultimately vanish without fresh pieces.

However, 3D printing provides an option. Custom 3D printed automobile components may be created using a 3D scanner to scan the region, allowing these cars to show off on the road again.

3D printed clothing and even high fashion have become increasingly fashionable, despite the fact that they are still in their infancy. Intricate, personalized outfits, like as those designed by Danit Peleg and Julia Daviy, may be manufactured with flexible filaments like TPU.

These garments take so long to make that prices are still exorbitant, but with future developments, 3D printed clothes will enable customisation and new styles that have never been seen before. Clothing is a lesser-known use of 3D printing, but it has the potential to affect the greatest number of people of any application – after all, we all need to wear clothing. In the fashion business, 3D printing has had a considerably greater impact on 3D printed shoes.

From the midsoles of sneakers to personalized flipflop sandals, 3D printing has a wide range of applications and functions. 3D printing is widely used by Nike, Adidas, and New Balance, with 3D printed shoe parts appearing in millions of pairs of shoes sold globally. Fashion designers have experimented with 3D printed jewelry designs that are created as completed jewelry straight from bespoke STL files.

You may, however, go much further. Low-cost resin 3D printers, such as those from Elegoo and Anycubic, produce high-quality resin designs that may be used to cast jewelry, including precious metals like gold. 3D printing is increasingly being utilized to manufacture molds for gold and diamond jewelry sold online and on the high street, employing lost wax casting.

3D printing is now being utilized in medicine to give better care – and 3D printed products may be used for prosthetic parts that fit perfectly, bones that can heal broken bones, and medical models that assist researchers create better treatments and cures (and much, much more). 3D printers, which create living human tissues, are much more revolutionary. 3D printing produces exact products, many of which are low in weight. As a result, it’s widely employed in medicine to develop more pleasant treatment alternatives – and ones that better match individuals than ever before.

Dental 3D printing is another use of 3D printing. Dentures are now 3D printed, and dental crowns are molded using castable polymers to ensure a flawless fit. Retainers and aligners are also made with 3D printing. Most dental molds entail biting into blocks, which some people find intrusive and unpleasant. Without having to bite down on anything, a 3D scanner can develop realistic mouth models, which are then utilized to make your aligner, denture, or crown mold. Dental implants and models can also be produced in-house during your session, saving you money and eliminating the need to wait weeks for delivery.

The bespoke, one-of-a-kind processes of 3D printers make it ideal for prostheses. Current prosthetics may cost thousands of dollars to manufacture, and if you’re still developing, that means you’ll have to replace them as you grow. Because one out of every 1,900 infants in the United States is born with a limb deficiency, finding efficient techniques to manufacture limb prosthetics for them is critical.

Arm prosthetics are one of the numerous applications of 3D printing, with non-profit E-Nable bringing together hundreds of volunteers to 3D print prosthetics for individuals who are missing a hand, wrist, or elbow.

A more concerning development is the ability to make 3D printed firearms at home using easily accessible material and a few tiny metal pieces. Several free 3D printed gun designs are widely accessible online and may be manufactured on inexpensive 3D printers like the Ender 3.

These weapons do not have a serial number, do not set off metal detectors, and can shoot live ammo. Governments were alarmed, and they worked quickly to remove the weapons data off the internet. However, when they initially appeared in 2013, they were unreliable and harmful to the firefighter, and did not cause the chaos that many anticipated. Years later, they continue to elicit strong feelings about their lethality and legality.