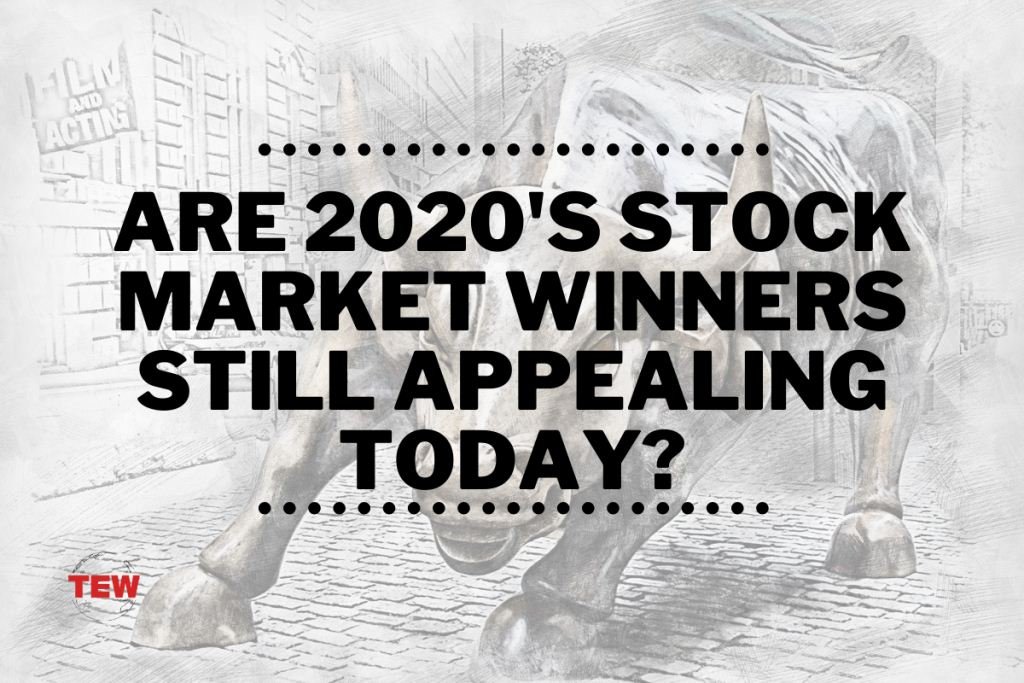 There has probably never been a stranger time to invest in the stock market than the last couple of years. After reaching record highs in late 2019 and early 2020, there was a huge nose dive of almost every single asset class at the end of Q1 and beginning to Q2, with many companies losing 20-50% of their value.

For a very short period in April 2020, the price of crude oil turned negative for the first time ever. This meant that a barrel of West Texas Intermediate oil could be purchased at no cost and you would (at least in theory) also be paid as much as $37.63 for taking it off someone’s hands. But by July 2021, the commodity has reached a five-year high.

Something similar has been seen with stocks. After a sharp dip, many of the biggest companies saw their share prices rebound. The biggest Stock Market Winners of 2020 did more than just recover, large crowds of bearish investors have pushed their stock market caps higher and higher.

But has all this positive sentiment made the stock market winners of 2020 unattractive to anyone who hasn’t already invested, or do they still offer a good opportunity?

Gaming companies saw their sales explode in 2020 as people spent more time using their software and new players took up the hobby for the first time. However, this wasn’t a one-off event, most gaming companies have been posting rising active user figures and revenues for several years, it was just amplified even further in 2020.

It wasn’t just these giant publishers doing well either. The iGaming sector saw huge growth, with some companies reporting that their website traffic spiked by around 30% in a matter of weeks in early 2020. Over the year, customer acquisition increased in the sector by around 100%, which also led to increased revenues and profits.

Competition remains strong among iGaming companies as they all vie for dominance in the stock market. To do this, some online casinos have developed exclusive games like Big Blue Bounty, Sticky Fruits, and Well of Wilds while others have focused on offering free spins and other bonuses.

Most gaming enjoyed record profits in 2020 thanks to their boosts in sales. It is likely most will remain profitable through the rest of 2021 as well. For this reason, gaming companies could still be attractive propositions for investors.

Like gaming, streaming saw an upswing in users in 2020. Netflix started last year with a share price of $325, but after posting record subscriber growth in 2020 and more than doubling its profits in the first quarter of 2021, is currently trading at around $515 per share.

However, things aren’t quite as rosy in the streaming sector. While Netflix was the pioneer, many heavyweights have entered the stock market and they can afford to lose money on their services in the short to medium term if it means pushing out smaller rivals.

Despite making huge profits, the company has, until recently, still been borrowing money. Currently, it owes around $15 billion, though it plans to reduce that figure by $8 billion in 2021. It also plans to become cash-flow positive by the end of the year, which is something that will be attractive to investors.

However, its streaming rivals like Disney+, HBO Max, and Amazon Prime Video are still hot on their heels and it’s uncertain how this will play out.

Microsoft, Alphabet (Google), Amazon, Facebook, and Apple almost single-handedly helped the S&P 500 reach new heights in 2020. Without them, the index would have looked a lot less rosy. All of these companies doubled (or nearly doubled) their share prices in 2020, even after they took a nosedive in the first quarter.

They’ve benefited greatly from the rise in demand for online shopping, remote working, and digital entertainment. With diversified portfolios and near-monopolies in their sectors, they have become giant money machines.

However, all five companies have seen their stock market caps plateau in 2021, in line with the rest of the stock market as investors wait to see how the inflation situation plays out and whether the economy will begin to recover from the setbacks it suffered last year.

Regardless of the short-term macroeconomic trends, these companies have profitable business models that will make them attractive to many investors.