5 Facts About Sam Walton That Will Blow You Away! 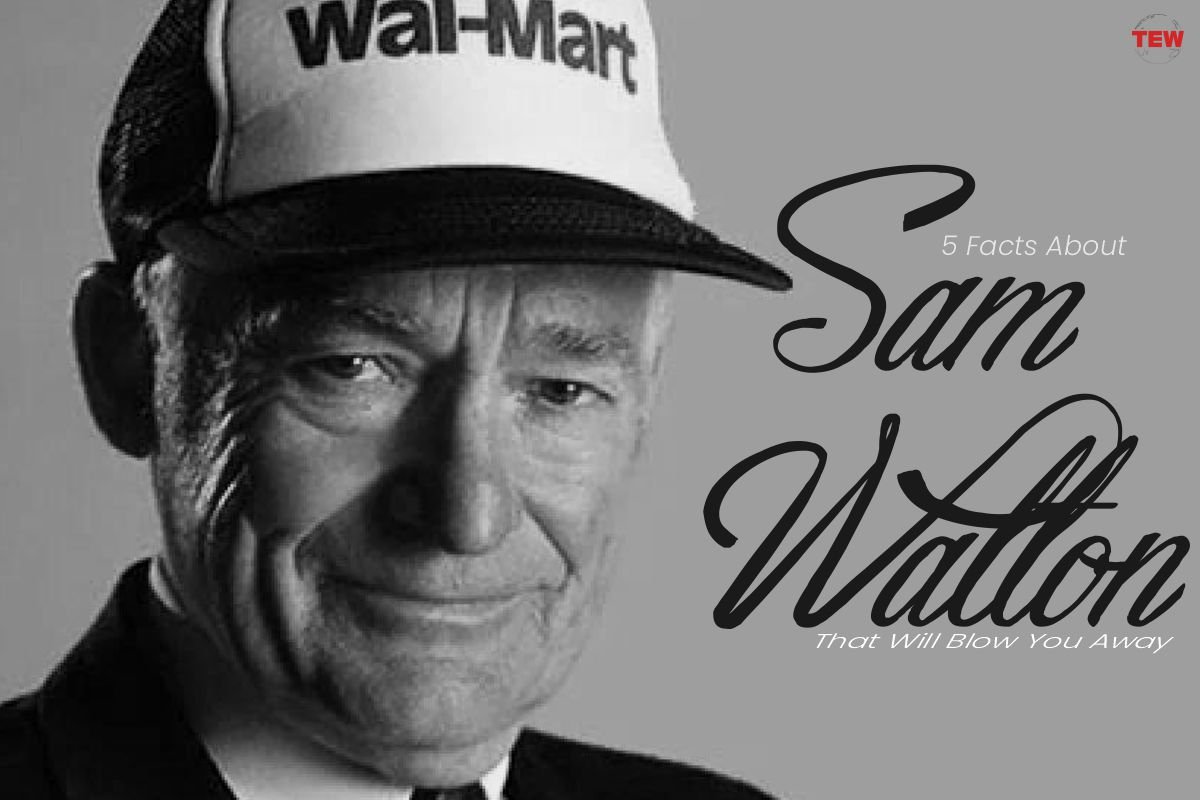 Sam Walton is the name behind the famous and indomitable Walmart. The first store was started on 2nd July 1962, in Rogers, Arkansas, U.S. Right after the beginning, there was no stopping the company, and its name started gaining popularity.

The 1970s marked the decade of momentum, propelling the company to go public. Their first distribution network was also set up, and in 1975 Walmart Cheer was born! Today, Walmart Inc. has a net worth of $386.83 billion and secures the top spot in Fortune 500, 2021 rankings.

Let’s get to know some trivial facts about the man who started this chain, which became a global name in the years to follow. Walmart is not only one of the leading retail chains of hypermarkets, grocery stores, and discounted stores!

Here are 5 facts about Sam Walton that will blow you away:

“There is only one boss, the customer. And he can fire everybody in the company from the chairman on down, simply by spending his money somewhere else.” -Sam Walton

Walton began his professional journey in 1940 when he first stepped into the retail business. He worked as a sales trainee at a J.C. Penny store in Des Moines, Iowa. Right from the start, he hated to make customers wait, as he dwelled through the paperwork, messed up books, etc. But that didn’t stop Walton from outperforming, and Walton was an extremely talented salesman, adding about $25 per month in commissions to his salary.

Sam Walton was drafted into the United States Army in 1942, where he served as a communications officer in the Army Intelligence Corps during World War II. Walton had a wife and child to support after he was released from the army in 1945. At age 27, he put $5,000 of his money, borrowed $20,000 from his father-in-law, and purchased a Ben Franklin store in Newport, Arkansas.

3. Sam’s business grew, the good news didn’t follow, but a new store did!

Sam always knew how to win a customer’s heart, and made a policy of pricing products well below other retailers, tripling his business. In 1950 he owned the leading Ben Franklin store in a six-state area, and this success attracted the landlord who refused to renew Sam’s lease, despite Sam’s opposition to it! This did not stop Sam, and he set up a shop in the tiny community of Bentonville, insisting on a 99-year lease. By 1960, he proudly owned 15 stores.

4. Walton’s search for profits, and the inception of Walmart

Walton’s business grew, but he did not get the profits he was expecting. He decided to take a new strategy – dramatically cut prices, and make it up with a high volume of sales. He approached the company that franchised Ben Franklin stores but was rejected blatantly for such a ridiculous idea. So. Walton decided to take the plunge, mortgaged his home, opening his first Wal-Mart (short for Walton Mart) in 1962 in Rogers, Arkansas.

5. There was no looking back for Sam Walton

Walmart was an instant hit, and in the first year after going public, added six stores, followed by 13 stores in the next two years, then 14, then 26. By the end of 1980, Walton had 276 stores, which soon led to a store opening rate of 100 per year. In 1985, Forbes magazine announced him the richest man in America, with $2.8 billion as estimated worth. Walmart became the third-largest retailer in the United States by 1987.

The achievements and accomplishments followed Sma, throughout his and Walmart’s journey. President George Bush presented Walton with the Medal of Freedom for his entrepreneurial spirit and his concern for his employees and community on March 17, 1992. This marked Sam Walton’s last achievement, as he passed away on April 5, 1992, with a net worth of nearly $25 billion.