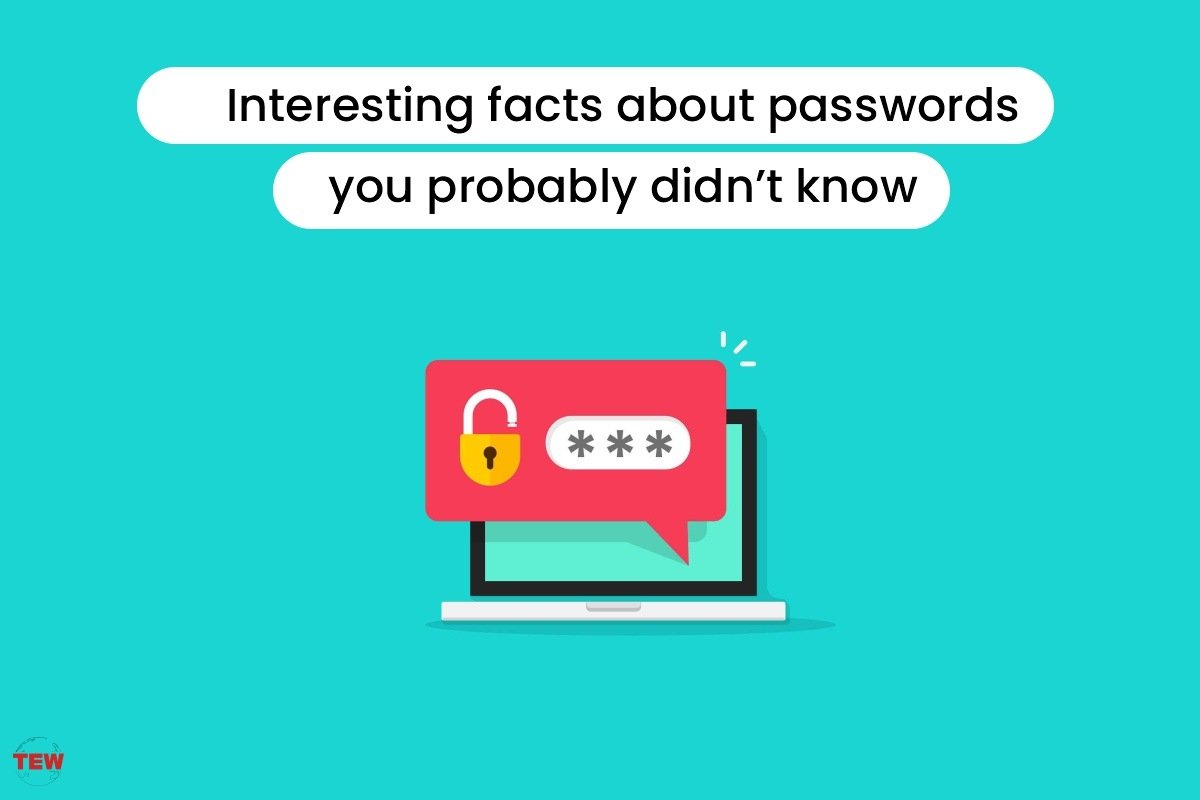 The internet has been around for more than 30 years and, during that time, it’s been drilled into us that we need to protect our information online with strong passwords. So why is it that many of us put so little effort into choosing one? And why do the majority of people think it’s ok to reuse the same passwords for different sites? Sound familiar? Here, we reveal a few more interesting facts that might surprise you.

Here are Below 5 Interesting Facts:

According to Express VPN’s most common passwords infographic, the most frequently used passwords around the world are ‘123456’ and the word ‘password’. Not just that but most people use the same phrases for up to six different sites, and nearly half admit to using their name and last name in their password.

Experts say we should create passwords that combine letters, numbers and symbols – and one that isn’t grammatically correct. The best passwords are the ones that are above 12 characters. One study from Better Buys found that a random password of ‘z7S69s@9.’ would take more than 9 years to crack in a brute force attack.

With frequent hacking and phishing emails a common thing, it’s no surprise that 70% of people don’t trust passwords to protect their data online. For this reason, multi-factor authentication is growing in popularity. This is where an app or site will ask a range of questions to verify a user’s identity. In some cases, it even requires a fingerprint or eye scan, which is obviously much harder to hack. 86% of people who use this say they feel their accounts are more secure because of it.

Nearly 20% of employees share passwords with colleagues – and this is a common reason for cyber security risks in the workplace. While you might think it will boost collaboration, or believe that password sharing is company policy, if a hacker does enter the network, shared passwords make it easy for them to enter other parts of the system. A Keeper Security study found that 40% of businesses store passwords on a spreadsheet or word document – which, again, does nothing to protect crucial information.

Hackers are becoming more sophisticated in their efforts. But one way you can protect your data is by knowing the more common hacking tactics. For example, a brute force attack is when hackers use software to automatically trawl through and guess passwords at speed.

While a dictionary attack is when words from the dictionary are systematically entered in order to find those guessable words. Credential stuffing is when passwords gained from a previous hacking are used to try and log in to other platforms. Finally, social engineering is when hackers appear as someone we can trust and try to make individuals hand over important information.

The moral of the story is to create a strong password – that’s long, a combination of letters and numbers, and one that doesn’t contain any sensitive information – and if you’re considering sharing it with others, don’t!