Common Laws That Restrict Your Activities on Streets 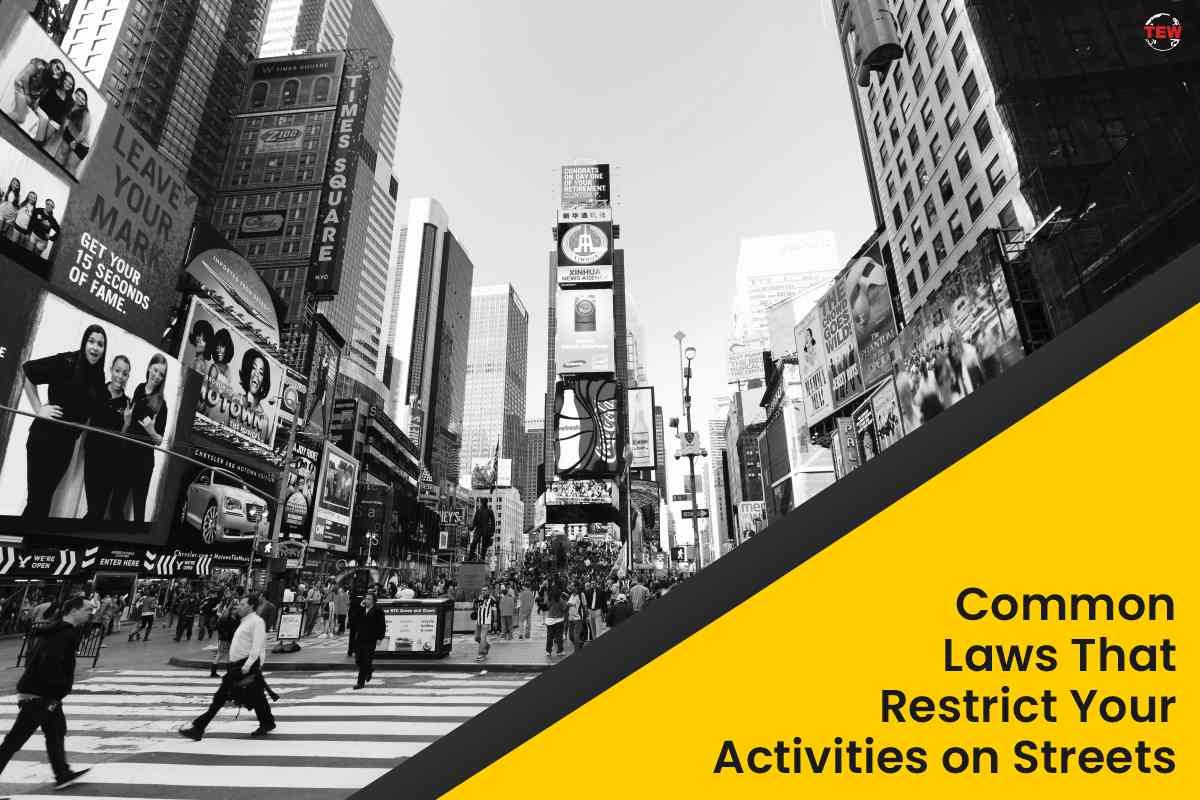 Several laws govern what you may and cannot do on city streets. These laws are in place to ensure that everyone on the roadway may safely utilise it and that traffic flows smoothly.

An infographic from EM Law has compiled a list of the UK’s strangest laws, some of which are associated with transport.

It is important to be aware of these transport laws to not get in any trouble, so let’s take a look and see what some of these laws are:

1. Sliding on ice or snow

Making or using a slide “on ice or snow in any street or other thoroughfare” if it causes a “common hazard” to others is prohibited under the Metropolitan Police Act of 1989. While sliding down an ice street on a sled or even your shoes could be entertaining, it is strictly prohibited. Anyone who commits such an infringement could face a fine of up to £500.

So, the next time it snows and you’re out enjoying the weather, double-check that the hill you’re sledding down isn’t a route, or you’ll wind up with the cops and a hole in your wallet.

2. Walking cows down the streets in daylight

Animals lovers and farmers were barred from strolling their prized cattle during the day under Section 7 of the Metropolitan Streets Act, adopted in 1867. You would have committed a crime if you were caught rallying your prized cattle along the street without the Commissioner of Police’s permission between the hours of 10 a.m. and 7 p.m.

According to the statute, “any person moving or directing livestock in contravention of this section shall be subject to a penalty of not more than ten shillings for each head of cattle thus driven or conducted.”

3. Shaking your carpet in the street

You may have a rug or carpet that has to be cleaned to remove dirt or dust; while you may believe that a quick shake-down rug will be enough, it is illegal.

It is forbidden to beat or shake any carpets, rugs, or mats, except doormats, before 8 a.m., according to Section 60 of the Metropolitan Police Act 1839.

4. It is illegal to manage cattle when drunk

You may think that herding your cattle while drunk is no big deal, but it’s actually against the law. The same section of the 1839 Metropolitan Police Act that outlaws shaking rugs in the street also prohibits anyone from being “drunk while in charge of cattle.”

Once again, as mentioned previously this law also goes in tandem with The Metropolitan Streets Act of 1867 where it is unlawful to drive cattle through the streets without the permission of the Commissioner of Police.

5. Hanging your clothes across the street

You may think that your clothesline is the perfect way to air out your laundry, but it’s actually illegal to hang your clothes across the street.

The Town Police Clauses Act 1847 prohibits the exposure of laundry in public places, such as streets, squares, or gardens. Although you might not be jailed for it, if a law enforcement officer discovers you doing it, you might be fined £1,000.

It’s important to be aware of the laws that restrict your activities on streets and sidewalks. By understanding these laws, you can help keep yourself and others safe while enjoying the outdoors. Be sure to follow all common street laws so that you can stay safe while enjoying your time on the streets.