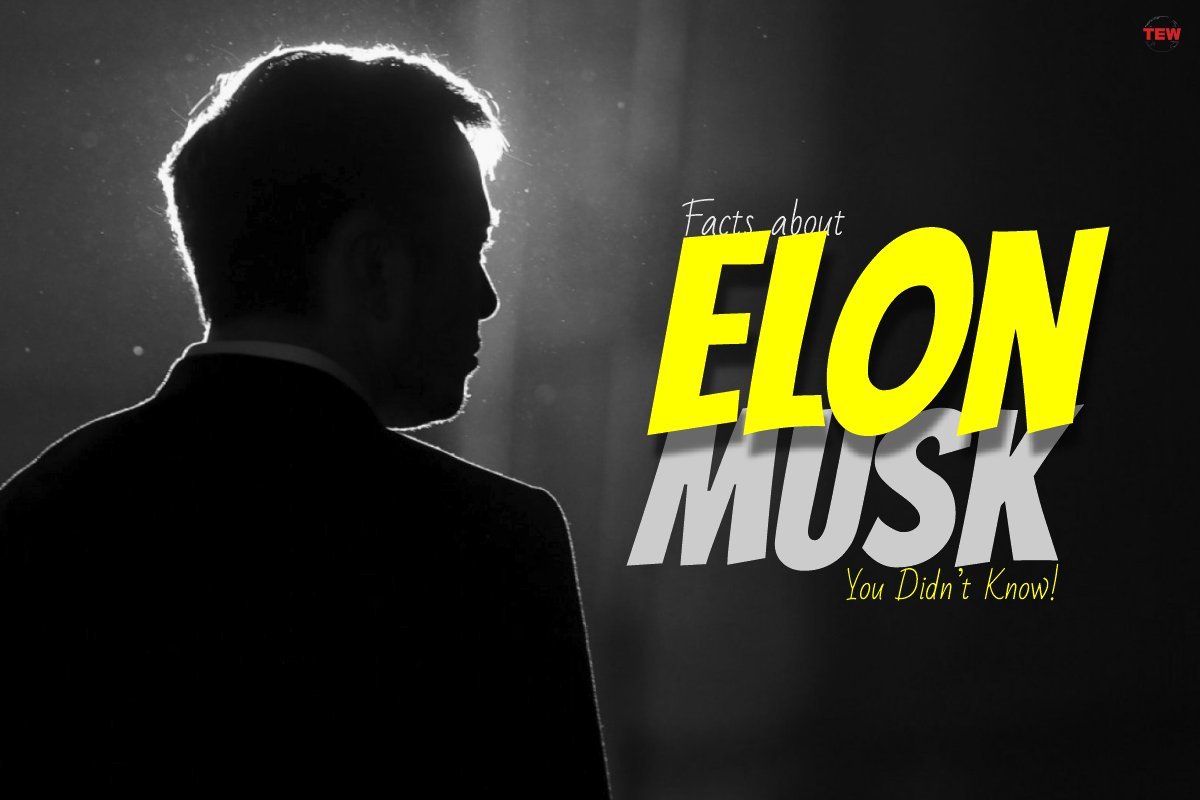 Elon Musk has undoubtedly become the name that every entrepreneur and business enthusiast chants. Owing to his visionary companies, his daunting journey to become the 2nd richest man in the world.

Tesla is the leading EV automaker of the U.S., providing futuristic and mind-blowing EVs, and other sustainable energy options such as solar panels. SpaceX on the other hand is working towards sending us to space, more clearly, on Mars!

Elon’s charisma, vision, and intelligence have become an inspiring story for many businessmen/businesswomen, space enthusiasts, car enthusiasts, and the list goes on. He is seen as one of the beacons of mankind that will lead us into a future full of surreal technology.

Let’s get to know 6 facts about Elon Musk you didn’t know:

Although Elon is a US citizen, he was born in South Africa. Elon’s mother is a supermodel, and his father is a diamond mine owner in South Africa. Elon moved to Canada when he turned 17, with his family. He has two siblings, a brother, and a sister. He studied for two years at Kingston’s University in Ontario, earned two bachelor’s degrees in Physics and Economics from the University of Pennsylvania.

2. Elon has been an entrepreneur, right from a young age.

Elon Musk taught himself programming at the age of 12 and sold his first computer program. It was a game called Blastar, whose source code was sold for $500. Over the years, he ventured into many companies, made them successful. But the most interesting thing is he dropped out of his Ph.D. in applied physics at Stanford University, to start his company.

3. Elon and his brother Kimbal have founded and run companies together,

Elon and His brother Kimbal launched their first venture called Zip2 in 1995. Zip2, an online city travel guide which soon became the main source of content for big organizations like the Chicago Tribune and New York Times. The company, later, was bought by Compaq for a whopping amount of $350 million approximately.

Elon Musk, one of the most famous industrialists of today, and Just become the richest person in the World, uses the method of ‘time blocking’ to plan time in his daily life. In addition, many successful businessmen in the world (Bill Gates, Cal Newport, etc.) follow this rule. The ‘time blocking’ method has certainly played a big role in the success of these individuals.

4. Elon and Kimbal are the brains behind PayPal.

Elon Musk and Kimbal used some of the money from the sale of Zip2 and formed X.com in 1999. X.com provided online payments and financial services, which became an instant hit. The company acquired more assets, evolved, and became PayPal, all in under a year. The company was later sold to Bay.com for a staggering $1.5 billion in stock. Elon received nearly 10 percent of the stock share, earning him a fortune.

Using some of his fortunes, Elon started SpaceX in 2002 when he realized he can cut down the cost of space travel significantly by using vertical integration, cheap commercial off-the-shelf components when possible, and also modular engineering. During the initial years, it became the first private company to send a liquid-propellant rocket to orbit in 2008. Now, the company has become a famous brand, a major contender, most importantly a hope for space exploration projects, such as future missions to the Moon and travel, colonization on Mars. The company is also awarded many lucrative and coveted contracts with NASA.

Elon never started Tesla, he joined the company as a Series A investor and became chairman of the board of directors in 2004. After a lawsuit with founders Martin Eberhard and Marc Tarpenning, who were the CEO and CFO, Musk could be co-founders as well. He started with product design initially for the electric vehicles, slowly moving to different processes, and launching the instant hit automobiles. Tesla went public in 2010, backed by Daimler and Toyota. Tesla is the second American auto manufacturer to go public after Ford. In 2017, Tesla took over the crown position as the most valuable vehicle maker in the US.