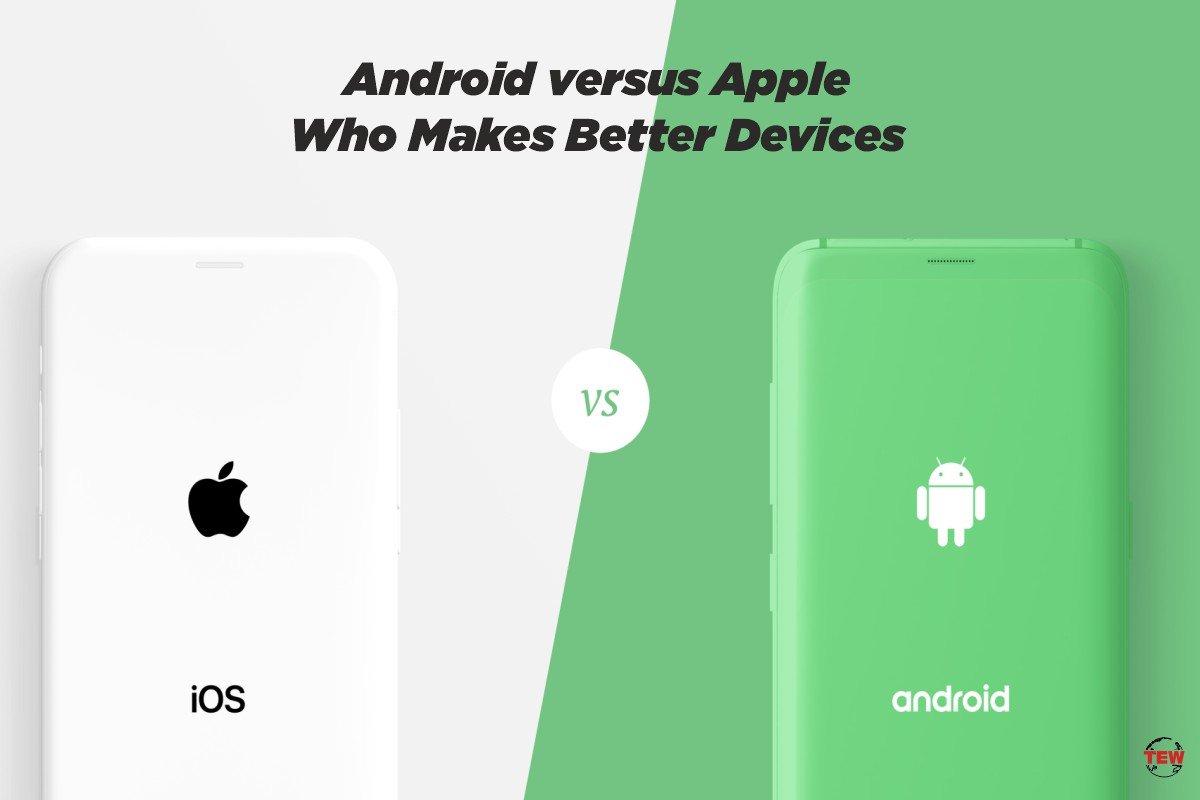 When it comes to choosing the greatest smartphone, the first decision might be the most difficult: iPhone vs. Android. iPhones and Android phones both have a lot of wonderful features, but they are extremely different. Continue reading to discover more about these differences and how to choose between an iPhone and an Android smartphone.

It used to be straightforward to compare Apple with Android, with the cliché asserting that Apple is easier and Android is more configurable. That was once the conclusion of the narrative. But, as is the nature of competition, both operating systems have changed over time, despite the fact that previous claims continue to be made.

If you recall TouchWiz, Samsung’s previous user interface, you know how bad Samsung’s software was—which isn’t unexpected given that Samsung is primarily a hardware firm. However, Samsung’s current One UI shell for Android provides one of the cleanest software experiences available.  On the other hand, Apple is a proprietary operating system that gives Apple more control over the end-user experience, allowing for better RAM management, program seamlessness, user security, and dependability. Furthermore, because there are fewer Apple devices, app developers like as Instagram and PUBG typically tailor their applications for the iOS experience.

Since the debut of the iPhone 4S in 2011, Siri has been the default voice assistant for the smartphone. Samsung, on the other hand, debuted Bixby, its own voice assistant, with the Galaxy S8 series in 2017 as an alternative to Google Assistant, which is already quite helpful on Android phones. While the effort was admirable, Bixby was not, and still isn’t, a match for Apple’s Siri and Google Assistant in many areas, but it does take the lead in other circumstances. However, in terms of simple usability, Google Assistant remains the finest voice assistant to use on any smartphone, whether you have an iPhone, a Samsung phone, or something else.

If you’re concerned about your smartphone’s security, iPhone is better than Android. The causes for this are numerous and much too numerous to list here. Consider these two facts for a quick summary: According to one survey, Android has 97 percent of all malware, viruses, worms, and other malicious software. In that study, no one targeted the iPhone.

Even Google’s Android team’s chief admits that “We can’t promise that Android is meant to be secure… I should be tackling my Android assaults if I had a malware-focused business.” That’s all there is to it. It’s crucial to emphasize, however, that these figures do not imply that iPhones are secure. It is not. It’s just less likely to be targeted than Android-based phones and is better at keeping you secure.

Apple is your only feasible option if you care about the privacy of your personal data, as well as security. Google’s main business strategy is around gathering and selling user data to marketers. As a result, Google need access to your data as well as the ability to share it with others.

Apple does not have an advertising company (although it does offer iAd for in-app commercials), and it does not require your personal information to sell you items or generate money. Apple has integrated more functionality that utilizes personal or private data onto your iPhone and other devices, lowering the amount of data that leaves your device and travels to the cloud.

In terms of software upgrades, iPhones remain unrivaled. They get big software changes every six years on average, and they get them quickly. Of course, older smartphones may be missing out on certain cutting-edge capabilities, but there is no denying that Apple reigns supreme when it comes to software upgrades.

Google Pixel phones, on the other hand, are guaranteed to get major software upgrades for up to 3 years and security patches for up to 5 years. Every model. As a result, you can buy any Pixel phone without worrying about whether it will be updated and for how long.  What’s more, software updates begin trickling out to them the day the latest version of the Android operating system is published.

Select Galaxy devices will receive up to four operating system upgrades and five years of security patches under Samsung’s new software update program. Samsung’s policy does not provide any warranties for all models or even for the maximum time periods indicated. In other words, certain phones may only receive three years of significant upgrades rather than four.

Nokia smartphones will receive two years of major Android upgrades and three years of security patches from HMD Global. This is true of all Nokia cellphones, from the most basic to the most complex. Nokia is perhaps the only manufacturer that offers guaranteed software upgrades for entry-level Android phones.

Going forward, OnePlus premium flagship phones will receive three major Android OS updates and four years of security patches. It is unclear whether or not this new guideline applies to budget models such as the Nord series.

TECNO, Infinix, and itel, all Transsion brands, have yet to commit to a software upgrade strategy. In their whole lives, most models receive just minor upgrades. Smaller companies like BLU, Mara, Umidigi, Doogee, Oukitel, and others offer similar devices. It’s preferable to go with the major manufacturers if you want assured software upgrades.

Nine times out of 10, the choice between two excellent smartphone options comes down to personal preference. This is also the situation here. The well-integrated Apple ecosystem and the flawless user experience attract the majority of iPhone buyers. iPhones are better at handling basic functions including calling, video recording, system navigation, and web surfing.

Samsung phones, on the other hand, are the way to choose if you’re a little more daring and want a template to customise and modify your smartphone. Samsung flagships amaze with arguably superior design, a more enjoyable photography experience, more functionality, and the One UI skin.

PrevRelocation Move Management Services: What are they?
AD SERVER AND IT’S USE IN ADVERTISINGNext