ARE APPLE PRODUCTS DESIGNED AND BUILT TO LAST? 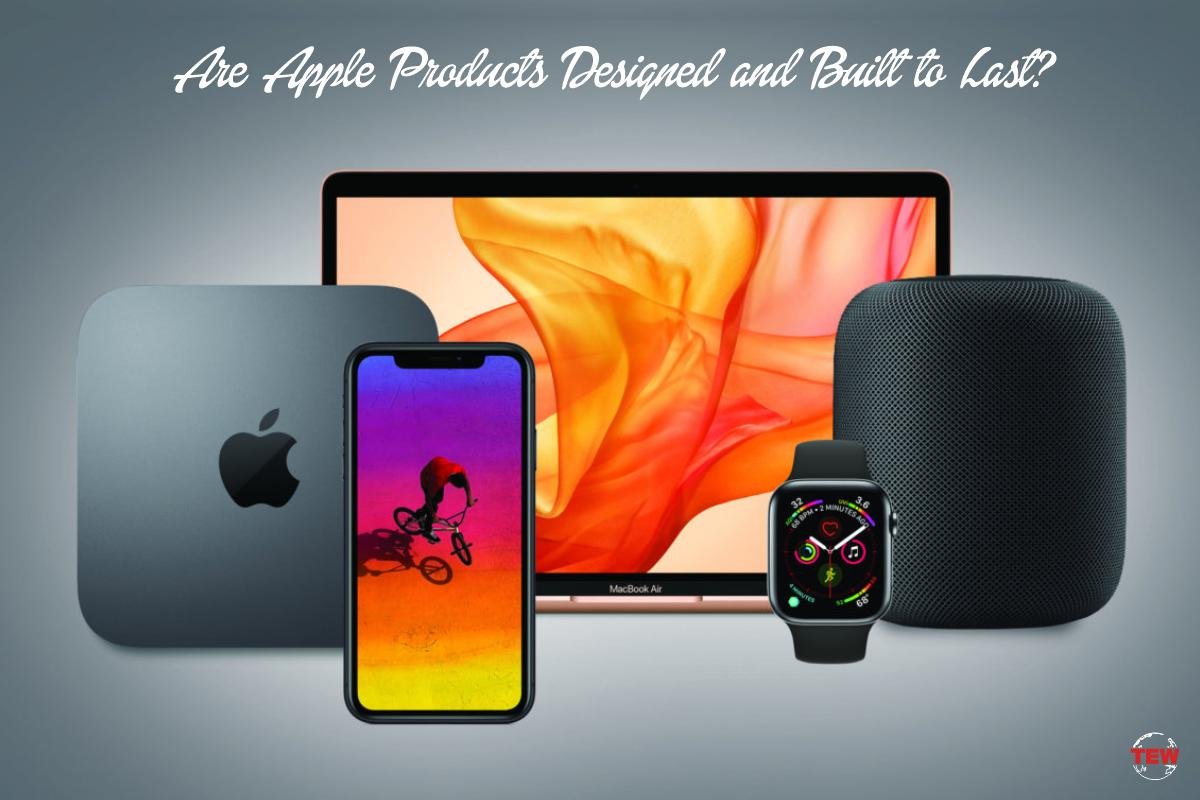 When deciding whether or not to spend your hard-earned money on a product, knowing how long it will last is critical. You can now perform the math yourself, thanks to Asymco mobile analyst Horace Dediu, who crunched the figures on Apple sales and active devices to determine the average device longevity. According to Dediu’s calculations, the average lifespan of all Apple goods between 2013 and now is four years and three months, which includes iPhones, iPads, Macs, Apple Watches, and iPod touches.

His findings also contradict the current surge of suspicion that Apple engages in deliberate obsolescence as a result of their admission that chemically aged batteries slowed the CPU. Apple’s average device lifespan has actually grown over time.

The key to his figure is Apple’s first-quarter statistics, when CEO Tim Cook disclosed that the company’s active installed base had increased to 1.3 billion devices, up from one billion in January 2016. Apple has sold a total of 2.05 billion units, according to the expert, who has been following sales since the iPhone released in 2007. When active devices are subtracted from total sales, there are 750 million Apple devices that have been decommissioned.

The report doesn’t reveal how much the longevity of Macs or iPads, which people don’t replace as frequently as phones but which Apple sells in considerably less quantities than the iPhone, influences the results. For its own environmental impact assessments, Apple anticipates that first-time macOS and tvOS users would retain their devices for four years, while iOS and watchOS users will maintain their devices for three years. However, Apple claims that most Apple items “last substantially longer” and are passed on, resold, or returned to the company.

Today’s products aren’t built to survive our fast-paced lives. They’re designed to be nearly disposable, ensuring that customers will be compelled to replace the things they love. And if that doesn’t work, build a products that you know will have flaws. Everyone will buy it, until the new one comes out. Products only have to last in the meantime.

There are several ways in which a company can achieve planned obsolescence.

Planned obsolescence would be obsolete if all businesses cared as much about their consumers as they do about making a profit. The most prevalent kind of planned obsolescence is induced durability, which occurs when parts are purposely broken down. How often have you seen one of those ancient refrigerators still operating in someone’s garage or basement? There is a reason why new refrigerators do not survive as long as older refrigerators. Companies know that when your refrigerator breaks down, you will replace it. There are several such instances where a product fails and a customer replaces it with a little newer one. Unreliable parts are almost always to blame.

Your printer isn’t working, and you’ve tried updating the drivers to get it to function. Even so, it won’t print. You search and search, only to discover that your printer is no longer compatible with your newly installed operating system. Nothing else to do but buy a new printer. Consumers may be compelled to replace an old product with a new one as a result of software upgrades (printers also fall to unreliable parts).

Consider your smartphone. It works perfectly; you can call, text, and use a variety of applications, but after several upgrades, your smartphone can no longer manage everything. It’s also possible that the latest software upgrades are incompatible with your phone. There is no other option than to get a new phone. Many otherwise excellent goods are ruined by software upgrades, and businesses are well aware of this.

Clever marketing is one of the most prevalent kinds of intentional obsolescence. There is no requirement that your goods be defective for you to desire to replace it. This is a common occurrence with cellphones. It’s no surprise that a new model is released every year.

You must also compete with phones that have larger displays, more powerful processors, longer battery life, are waterproof, can do more, have cooler casings, can take more video, have voice control, and are loaded with AI. Sure, your phone can do everything you need it to, but can it also do everything that everyone else’s phone can? The experts in marketing will tell you differently. Companies are well aware of the dread of missing out. Before you go out and buy anything new, ask yourself if you truly need it.

Apple was fined 25 million euros (£21 million, $27 million) for intentionally slowing down older iPhone devices without informing customers. The DGCCRF, France’s competition and fraud watchdog, issued the penalties after customers were not notified. Apple revealed in 2017 that it did slow down some iPhones, but solely to “extend the life” of the devices. Apple announced in a statement that the issue with the watchdog had been fixed.

Many customers have thought for a long time that Apple delayed previous iPhones to urge users to upgrade when a new one was launched. In 2017, the business stated that some models were slowed down as they aged, but that this was not done to entice consumers to upgrade. It claimed that as the lithium-ion batteries in the gadgets aged, they became less capable of meeting peak current demands.

As a result, an iPhone may shut down abruptly to safeguard its electronic components. As a result, the iPhone 6, iPhone 6s, and iPhone SE received a software upgrade that “smoothed out” battery performance. A consumer verified the practice after posting performance tests on Reddit, claiming that their iPhone 6S had slowed significantly as it aged, but had dramatically speeded up once the battery had been replaced.

Prev6 Money Making Strategies To Boost Your Income
APPLE VERSUS SAMSUNG – WHICH COMPANY IS THE TECHNOLOGY GIANT?Next