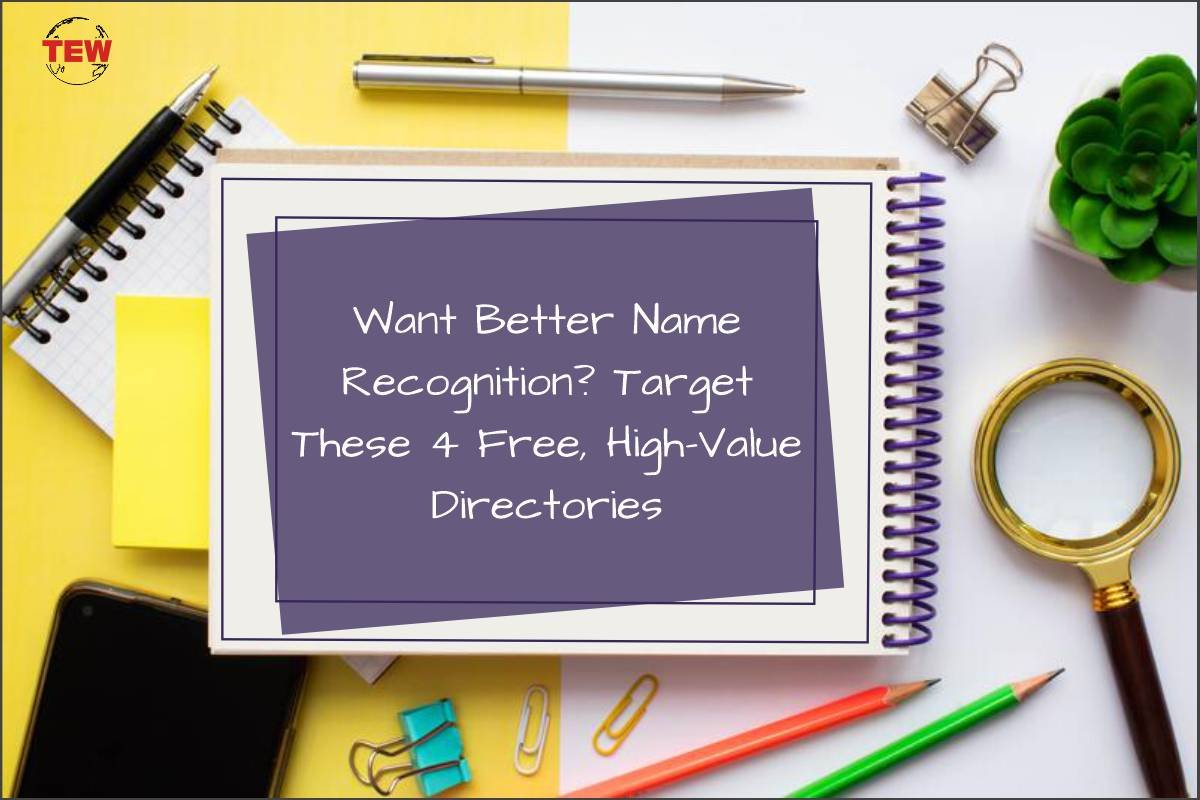 Every Business needs better name recognition. So for that, you will need to follow these 4 free High-Value Directories to establish your presence.

You’re probably not a household name. Most of us aren’t.

You deserve better name recognition than you currently have though.

Especially if you’re working to build a business that you believe in. Or looking to land a role commensurate with your abilities.

Creating a strong online persona is a long process with lots of moving parts. But one thing you’ll want to do sooner rather than later is establish your presence on high-value directories that thousands or even millions of people visit each month with online.

Golden.com is a personal directory that packs a lot of information into an uncluttered interface. This makes it the perfect resource for people seeking easily digestible information about specific individuals. For example, the Golden listing for Kris Duggan, a California-based entrepreneur, tells you just about everything you’d want to know about the guy if you wanted to pitch him but didn’t want to go in cold.

While Golden is heavy on entrepreneurs and higher-level business professionals, it has a pretty broad aperture. You don’t need to jump through a lot of hoops to get listed here. It’s ideal for up-and-comers.

Crunchbase is a lot like Golden, albeit even more focused on the business-and-entrepreneurship world (and specifically the tech industry). Still, it doesn’t have any real barriers to entry, so you’re good to go as long as you’re halfway well-known in your niche.

Like Golden, Crunchbase is information-dense and actionable. Check out the Crunchbase listing for Matt Cutts, an early Google employee turned angel investor — it’s a killer tl;dr for anyone who’d possibly want to get in touch with Cutts professionally.

Wikipedia, except not. That’s the value prop behind Everybodywiki and a few other Wikipedia imitators that run on those same underpinnings (the wiki framework).

Everybodywiki’s secret is its inclusivity. You don’t have to be “notable” — or known outside your professional circle at all — to get a listing here. That’s music to the ears of thousands of ambitious, locally prominent professionals who just can’t quite get over the Wikipedia notability hump.

WikiAlpha is another Wikipedia imitator with an inclusive approach to its roster. Importantly, you can create and edit your own WikiAlpha entry, a big no-no on Wikipedia itself.

And because WikiAlpha is a lot less crowded than Wikipedia — for now, at least — you can assume much more prominent editing and creating roles than you possibly could on its larger rival. So if you’re part of a larger group that wants to get members’ names out there, WikiAlpha is your jam.

There’s no magical solution to increase your position in Google’s organic search results, which — along with Facebook and LinkedIn, which many people search directly — is where the vast majority of people looking for you online end up.

But getting your name on these four high-value directory sites is a good start. Each appears as its own entry on your results page. That makes you seem more legitimate to people searching your name and could push less flattering results off the first page.