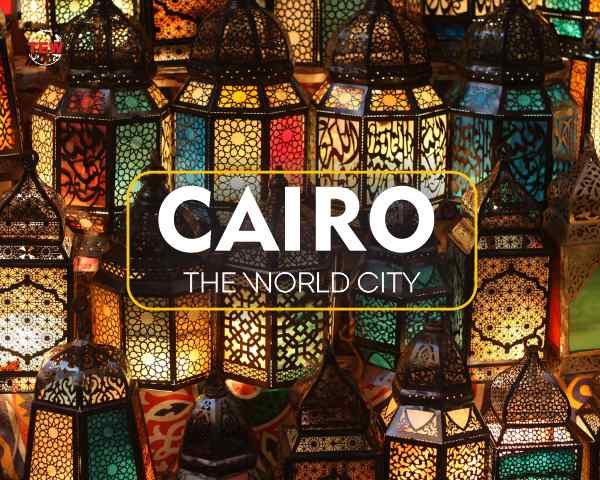 Founded in 969 AD by the Fatimid Dynasty, Cairo was a site of the ancient national capital, the remnants of which can still be seen in Old Cairo. Since then, The city has been the center of the region’s political and cultural life. Because of the predominance of Islamic Architecture, the city is also titled ‘the city of thousand minarets.’

Let’s dig into a little history of the Cairo City:

In the year 969 AD, the Fatimids had conquered Egypt. They started building a city, which was to serve as the capital of their empire. It took as much as four years to build the city, which was initially named al-Manṣūriyyah. It was later renamed Cairo. The city eventually became the center of learning, as the library of Cairo contained thousands of books.

During the middle ages, even though the city avoided the stagnation of the Europeans, it had no escape from the Black Death. The Black Death or the Plague was one of the deadliest pandemics recorded in human history. This pandemic struck the city more than 50 times between 1348 and 1517. With the pandemic, Cairo’s population faced a major blow and had diminished the status of the city to certain levels.

This status stooped lower when Vasco da Gama discovered a sea route around the Cape of Good Hope. With this discovery, the spice traders then were able to avoid Cairo on their way to their desired destination. The city’s political influence diminished, even more, when the Ottomans supplanted the Mamluk power over Egypt in the year 1517. By the 18th century, The city was the second-largest empire behind Constantinople.

Today, Greater The city is the largest metropolitan area in Africa.

Munich – A Celebration Of All Things Good

A city is a place that exhibits love for all sorts of arts. From sports to architecture, Cairo is famous for everything. Let’s look at a few cultural centers in The city that reflect the city’s love for various art forms.

On October 10th of the year 1988, President Mubarak inaugurated the Cairo Opera House of the Egyptian National Cultural Centers. This was 17 years after the Royal Opera House was destroyed by fire.

The Royal Opera House or the Khedivial Opera House was the original opera house of Cairo, which was burned down on 28th October 1971. The city had been without an Opera House for nearly two decades until the opening of the Cairo Opera House.

The first Cairo International Film Festivals was launched by the Egyptian Association of Film Writers and Critics in the year 1976. It was headed by Kamal-El-Malakh. The festival was run by the Association for 7 years until 1983.

The food in The city has a blend of Middle Eastern cuisine and also some o the local staples like the Kushari. Some of the most exclusive restaurants in The city are concentrated in Zamalek. The luxury hotels of The city can be found around the lining of the shore near the Nile in the Garden City district. The cuisine here is also influenced by the modern western and one can find the popular American food chains such as McDonald’s, Pizza Hut, Subway, and KFC in the central areas of the city.

Initially named as the Ismailia Square, the Tahrir Square was founded during the 19th century. Since it is located at the center of the city, Tahrir Square has witnessed major protests over the years. Although, among all the revolutions and protests, one of the most notable was the 2011 Egyptian Revolution, a revolt against the former president, Hosni Mubarak.

The famous Cairo Tower is a free-standing tower that has a revolving restaurant at the top. One can get a bird’s eye view of the city from the top, a mesmerizing sight to the eyes. The tower stands in the Zamalek district on Gezira Island in the Nile River, in the city center.

All said The city can hold a tight spot on your travel list, with the beautiful cityscapes and revolutionary landmarks. And to all the geeks, who love history like nothing other, the museum of The city could be your paradise! Cairo, a city that withholds a boatload of history!

Get Exclusive insights of Cities around the World – Upshot Metros