Cellcard- For Everyone, Everywhere 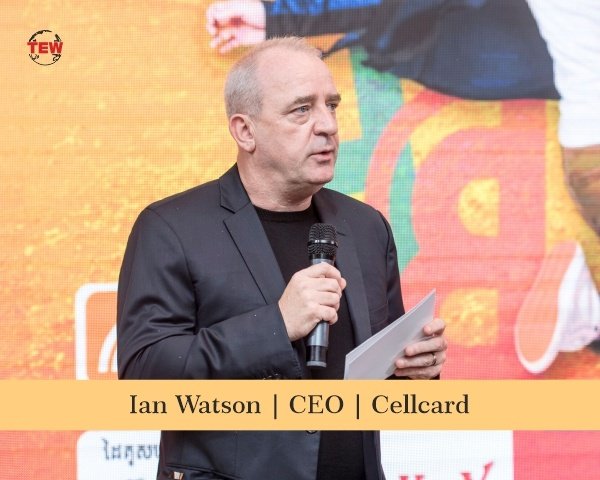 Who doesn’t own a mobile phone today? Moving over from beacons, smoke signals telegraphs the world is today highly reliant on mobile networks for all kinds of communications. Be it internet services, or calling services, telecommunication is a daily need, and just like all the other elements, a mobile phone and a sim card are a basic necessity.  Digitalization is taking over and what is important for that is the uninterrupted internet connection.

Ian Watson, a recognized personality within the telecommunications community, is the CEO of Cellcard, Cambodia’s longest-serving telecommunications company with more than 20 years of operation and a customer base of 3.2 million. Cellcard has been ranked Number 1 in Cambodia’s first Consumer Value Index (2017) which rates value for money, across the entire product range, as well as transparency and service.

CamGSM Co. Ltd was launched in 1997 in a joint venture with Millicom International Cellular offering customers the first prepaid service with scratch cards. Operating under the name Mobitel, the company had always been the market leader bringing innovation in both technology and customer service. In 1998 Mobitel was the first to roll out a nationwide network in Cambodia along with the first SMS and Roaming services. It was in 2005 the company launched 3G and a range of Value Added Services (VAS), followed by a credit sharing platform the following year.

The 3G milestone included the transition from Mobitel to the Cellcard brand name, followed by a $200 million investment in 2007 for Next Generation Network (NGN). Two years later the buy-out of shares from Millicom saw Cellcard become Cambodia’s only 100% locally-owned operator – a credit that has become intrinsic to the brand which still carries the Proudly Khmer tagline today. More innovations followed with the first mobile payment platform in 2010 and the first loyalty program in 2013.

Cellcard has transitioned through 2G, 3G, 4G and is now preparing its 5G launch by the end of 2019. As one of Cambodia’s top three brands, Cellcard has built its reputation on trust and reliability and is known as the steadfast operator with Cambodian family values at its core.

Setting up a strong history of industry innovations had its own share of challenges. Cellcard has been in operation for 22 years and was an innovation leader being the first to launch a number of initiatives such as MMS, Streaming, Callertunes, and Unlimited Downloads. The market experienced major disruption with new multi-national entrants in 2012 who were able to roll out 4G in 2014.

As a single-market operator – and the only Cambodian-owned telco – Cellcard was a late entrant for 4G, launching in 2015 with 300 sites. It was in early January 2017 that Cellcard was able to complete its roll-out going from 300 sites to 3000 sites in 18 months, reaching more than 80% nationwide coverage.

As the latest to roll-out 4G, Cellcard lost many of the youth segment to its competitors and it has been a challenge for Cellcard to change its brand perception to appeal to youth.

To gain mass appeal, Cellcard launched Cambodia’s most affordable data products Osja Xchange and Big Love with the mantra of giving affordable access to mobile data for all Cambodians.

As a result, mobile data traffic has risen 1000% in the past two years and the average daily usage of mobile data has grown from 200MB to 600MB and more.

The pressure is now on network monetization and on-going maintenance to deal with congestion and improving indoor coverage with Cambodia’s rapid rise in major construction projects.

“Cellcard stands by its vision for a digital lifestyle for customers as well as a digitised economy.”

Cellcard is Proudly Khmer. Its current strapline framing all current communication and campaigns is that Cellcard is for Everyone Everywhere. This reinforces the strategy of affordable access to mobile data for all in Cambodia and the company’s steps to progress the market to an Always-On Digital Lifestyle and Economy.

• The Flexi product Osja Xchange gives customers the ability to consume $100 of value in either voice or data (or both) for just $1 for 14 days.

• The Big Love data offer increases the data allowance to 10GB for just $1 per week.

Both products come with a full family of different price-points along with additional benefits such as data sharing, free voice allowances, and short-term bonus promotions.

Cellcard has moved more aggressively into the youth segment and has launched a new digital content service which also provides in-home data solutions for residential and commercial use.

Cellcard’s focus is now shifting to 5G services at the end of 2019 to deliver superfast broadband, premium, and priority broadband products for the full range of Consumer and Enterprise segments.

The year 2017 marked the bold and aggressive 4G LTE roll-out ramping up the number of sites from 300 to 3000 nation-wide. As a result, Cellcard has increased its customer numbers by 14% and mobile data traffic over the network has increased by close to 500%. The 4G LTE roll-out continues to be a success story for both Cellcard and Cambodia which continues to attract regional and international industry attention.

Cellcard has been awarded for its network reliability, coverage and speed from independent global companies Ookla and OpenSignal for two years in a row (2017 and 2018). Cellcard has also been ranked Number 1 in Cambodia’s first Consumer Value Index (2017) which rates value for money, across the entire product range, as well as transparency and service.

In 2017 Cambodia had a 36% increase in mobile data connections translating to an injection of $610 million to the local economy. Industry experts attribute much of that to Cellcard’s efforts in building out its 4G network and making mobile data pricing affordable for everyday Cambodian consumers.

With the 4G LTE roll-out nearing completion, Cellcard’s sights are firmly set on building the bridge to 5G. Cellcard’s goal for introducing 5G into Cambodia is to see the new technology become the Enabler of Dreams.

Cellcard believes that the aspirations of its customers to have a better quality of life should be met by 5G, in its almost limitless applications.

Cellcard has conducted successful 5G trials and will have its first 5G use cases in the market by the end of the year.

5G use cases being developed include:

Cellcard 5G will be the bridge for all of these applications integrating industry, governments, and consumers to ensure technological advancement improves quality of life for Cambodians.

Also, the company will be launching their new and exciting AR/VR platforms. Cellcard will be the first to launch full Augmented Reality and Virtual Reality /VR education modules, allowing school children to access the latest digital technology even in the most remote areas to assist with education and learning.

Enhanced mobile broadband will be launched on their 5G platform allowing people in even the remote areas access to affordable mobile broadband, again bridging the digital divide.

Water monitoring and flood prevention sensors will be introduced to vulnerable areas to give early warning of rising water levels which can have a disastrous effect on people’s livelihoods.”

Cellcard is moving into OTT with new messaging apps, lifestyle and gaming apps and content services such as Video on Demand.

Gaming is being developed with a new suite of Gamer data packs supplemented by sponsorships and partnerships with some of the world’s largest game developers. This is already enabling Cellcard to expose and include Cambodian gamers in the SE Asian gaming tournaments and the international gaming community.

A company with a long 22 years of history did not just gain success overnight. The tipping point for Cellcard in being able to grow its market share and increase revenue was the launch of Cellcard’s 4G LTE network and its stance on mobile data affordability.

Cellcard’s 4G roll-out has helped drive up mobile data subscriptions in Cambodia in 2017.

A research paper launched in May 2018, “The Role of Mobile Telecoms in Transforming Cambodia” shows a 36% uplift in mobile data subscriptions nation-wide, in line with Cellcard’s network roll-out and push for mobile data affordability.

During the past year, Cellcard has seen a 25% increase in subscriptions and the same percentage of uplift in revenue.

Cellcard has played a critical role in driving the Internet and Social Media usage.

Based on these graphs, the growth trend is only expected to grow in the coming years.

Cellcard’s network success has attracted attention from around the world, resulting in 20 award wins since the start of its 4G rollout – including Ookla and Open Signal awards for three years running.

Their subscribers have increased by 24% to 3.2M. Cellcard is well on track to deliver 24% more revenue than the previous year. Their mobile data traffic has grown by 1000% in the past two years. Also, Cellcard customers on average have gone from using 200MB a day to 600MB.

The below graphs show the correlation between the 4G LTE network roll-out and the companies’ global accolades.

Currently, Cellcard is an active participant and speaker in the international 5G industry events and proactively seeks the latest innovations from vendors around the world. Cellcard has invested heavily in latest technology for billing services, data analytics, and network monitoring to enable business decisions for future products and services and network provisioning.

“Cellcard leads the market in terms of innovation. We are preparing a huge number of new innovative products and services ready to complement our digital 5G platform launch.”

“Business is not a rat race, it a healthy challenging environment, where as a leader of a team you need to be constantly building, adapting and evolving into this really exciting digital future. It’s not only the biggest will survive, it’s those who can adapt the quickest.”

Mr. Ian was appointed as the CEO of Cellcard in July of 2012 and the Group CEO for the Communications and Technology after the successful turnaround of Wing Cambodia. With his sharp business mind, forward-thinking for the company and strong negotiation skills, he has earned his respect as a strong leader.

“Anyone can give up, it is the easiest thing to do, but of you can hold it together when everyone else would understand if you fall apart, that’s true strength.”

Under his leadership, Cellcard has earned various prestigious awards, some of which include:

“In a market like Cambodia where it is highly competitive with a low ARPU and 90% prepaid consumer base, Cellcard leadership team operates with an entrepreneurial mindset and we base our growth strategy on the back of innovation and technology.” 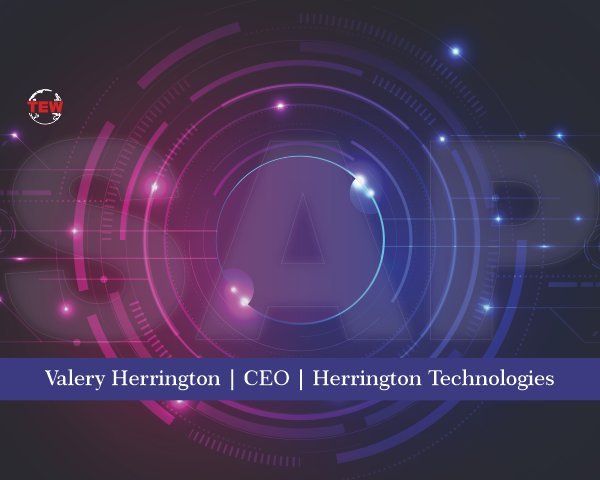 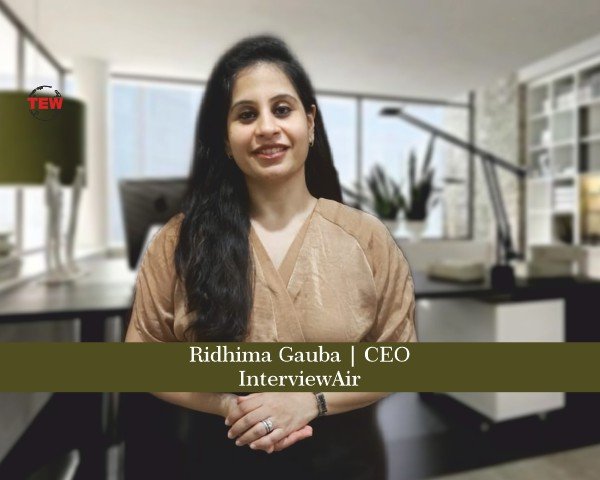 One of the biggest debates in the world undoubtedly is, “whether the glass is half 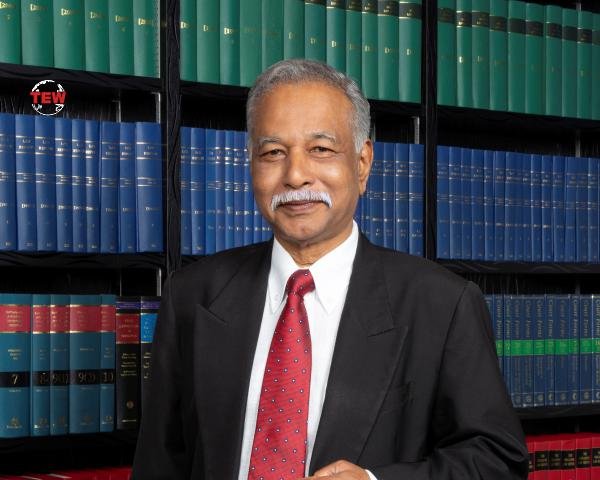 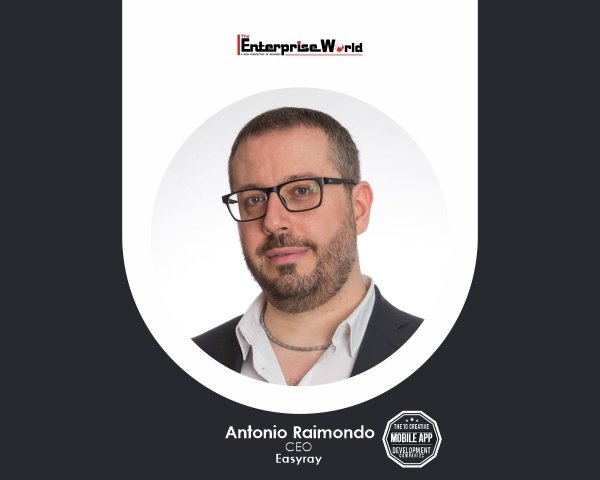 Easyray- Where Ideas Come to Life

Today, where internet presence is a thing that matters the most to a company’s growth, 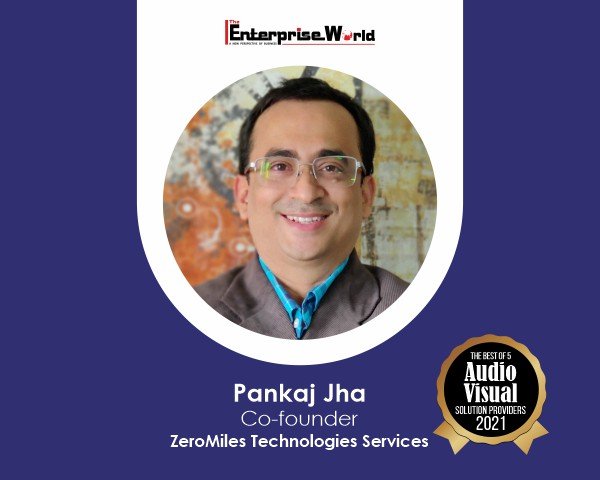 The worldwide epidemic 2020 has shown us the times we never imagined of. Colossal gratitude