Chennai, The Gateway of South India 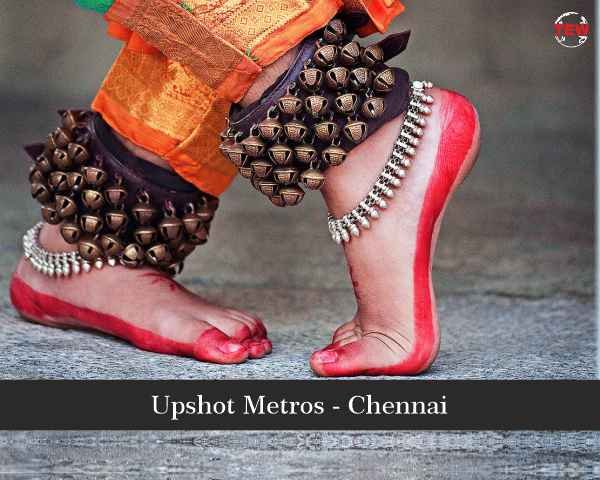 Chennai, often regarded as the Detroit of India, is the capital of the Indian State of Tamil Nadu. Chennai is one of the biggest cultural, educational, and economic centers of South India. It is the 36th largest urban area in the world and is one of the most visited Indian cities. The city also attracts as much as 45% of the health tourists in India and is also regarded as the ‘Health Capital of India’. Chennai is the Gateway of South India.

Chennai is a name of Telugu origin. It comes from the name of a Telugu ruler. While Chennai is the official name of the city, the original name is Madras, and in some parts, the city is still known as Madras rather than Chennai. The name Madras was used before the British established their presence in India.

Chennai is divided into four broad regions, North, South, Central, and West. The region of North Chennai is a prominently industrial area. The South and West Chennai areas too are rapidly becoming commercial with the development of many Information Technology firms, finance companies, and many more. Chennai’s economic base is anchored by automobile services, software services, financial services, and hardware manufacturing. Some of the major software and software service companies in Chennai include Accenture, Cognizant, Hewlett Packard Enterprise, Wipro, and many more.

The city The Gateway of South India has also emerged as an electronic manufacturing hub in recent years. Multinational corporations like Dell, Cisco, Motorola, Samsung, Ericsson, and many more have set up manufacturing plants in The city. As popularly known as the Detroit of Asia, Chennai accounts for about 60% of India’s automotive exports with a market share of 30% of India’s automobile industry.

As one of the economic centers of South India, there also are some banks in The City. The Bank of Madras, which was started by the British in 1843, is the first modern bank of Chennai. With other banks like the Arbuthnot & Co., Bank of Chettinad, Bank of Madurai, Chennai has also been tagged as the Banking Capital of India.

Chennai Aero Park, which is supposed to be an Aerospace design, manufacturing, and maintenance park, is all set to be the world’s largest integrated aerospace ecosystem. This project will also mark India’s entry into the global aerospace industry. It will enable the global players to design, manufacture and maintain all kinds of aircraft of both civilian and defense needs.

The Art and Culture – Chennai

The city is also a major center of arts and culture. It is best known for its classical dance shows. A music festival called the Madras Music Season which is hosted by the Madras Music Academy is held every year in December. This music season features the performances of traditional Carnatic music by many artists. The Chennai Sangamam is an art festival that showcases art and culture not only of Tamil Nadu but also from the neighboring states, like the Kalari from Kerala is a major attraction for all the tourists and is held in January every year.

The city is also known for the Indian classical dance of Bharatnatyam, which is also the official dance of the state of Tamil Nadu. This classical dance expresses the South Indian religious themes and spiritual ideas, which particularly include the ideas of Shaivism, Vaishnavism, and Shaktism.

The city has an assortment of vegetarian and non-vegetarian cuisines, although it is famous for the exclusive food culture and traditional range of cuisine which is also called the South Indian cuisine. Hot filtered coffee is the signature beverage of this capital city. The breakfast of the city includes Idli or Dosa with coconut chutney. Lunch includes a variety of food from steamed rice served with Sambar to mutton or chicken curry.

The city The Gateway of South India also has some temples, beaches, and centers of historical and cultural significance. This includes the UNESCO Heritage site of Mahabalipuram. Some of the famous attractions in Chennai include Marina Beach, which is a 13 km long urban beach along the Bay of Bengal. Marina Beach is also amongst India’s longest beaches. The Government Museum, which was established in 1851, is also among the famous tourist attractions.

A variety of objects from diverse fields like archaeology, zoology, natural history, and many more are displayed in the museum. The Chennai Rail Museum is another famous location and displays the rich heritage of India with collections of steam engines that belong to various decades of British rule.

The entertainment industry of the state is flourished too. The Tamil cinema is known for its remarkable music composers. The two world’s acclaimed music composers of India, Ilaiyaraaja and A. R Rahman are from Tamil Nadu. Rahman is often regarded as the ‘Mozart of Madras’. He is known to have revolutionized Indian film music with the use of various instruments, mainly violin and keyboard. Coincidentally, Mozart too mastered these two instruments.