What Did IT Decision Makers at Enterprise Companies Say About Their Cloud Usage? 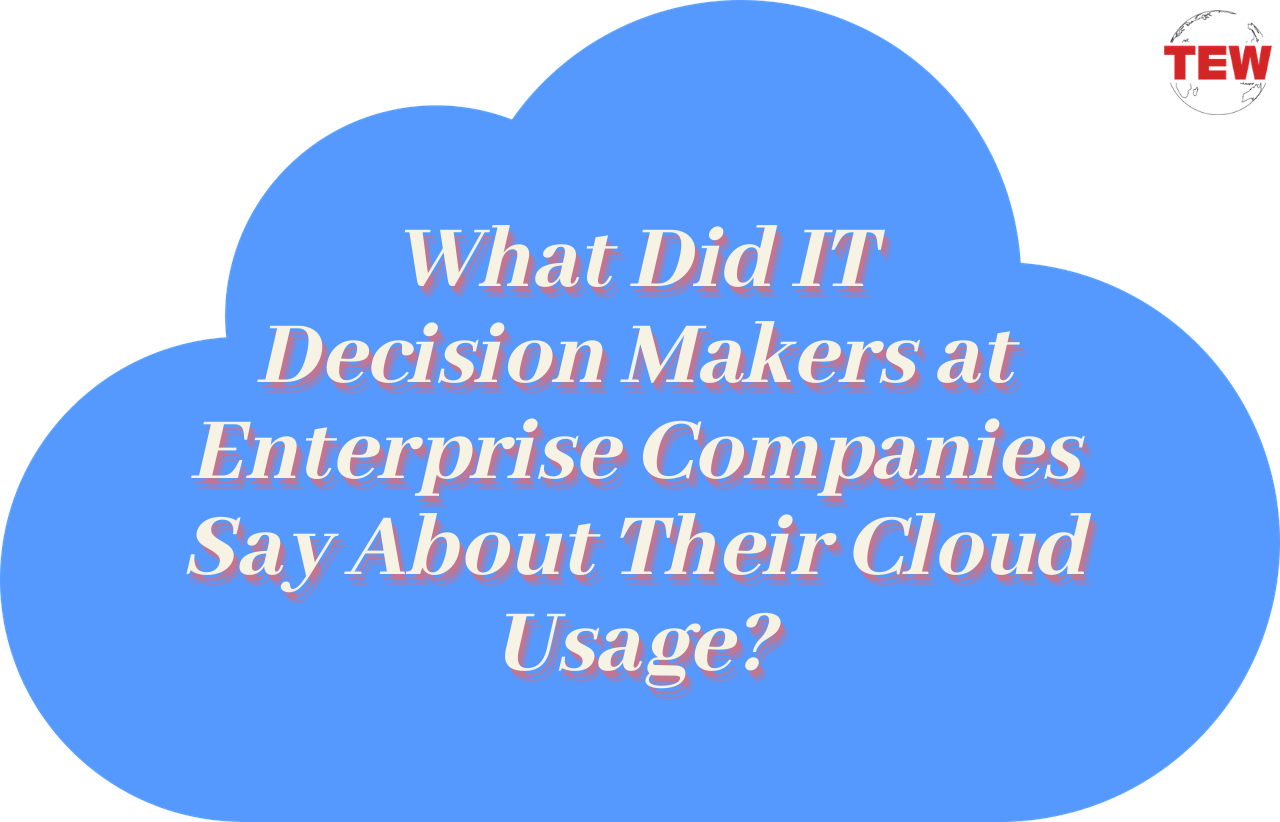 The cloud is being utilized by individuals across the world and the use of this secure data storage and sharing platform has become the norm within many households over the last few years. However, Contino has taken it upon themselves to delve deeper into cloud usage, but more specifically within enterprises in the USA, Europe, and APAC to see just how the business world views the public cloud.

A total of 250 IT professionals were considered ‘decision-makers within businesses of over 5,000 employees to provide their views on the public cloud within their organization.

Global IT spending has dropped in 2020 by a massive 7.3% since 2019, and this is a substantially large decrease, especially considering very few businesses worldwide could even dream of functioning without their digital resources.

Despite this, the cloud is a segment that continues to grow. Below we discuss the key findings of Contino’s study.

Most Enterprises Are Using The Cloud

This was of course one of the most important questions, were enterprises utilizing the cloud in any form?

Some IT professionals are still using on-premises, however, this was only 1% of those in the survey.

Fully-fledged public cloud programs were only found within 13% of the enterprises within the survey.

Most businesses have opted for multiple apps or projects within the cloud (42%). Almost a quarter (24%) are still in the initial proof-of-concept phase and 18% stated they were still in the stages of planning.

Security & Compliance Are The Most Common Adoption Barriers in Cloud Usage

Security and compliance are crucial in every sector and worries about being able to comply with these appear to be the biggest barrier for IT professionals to not adopt the public cloud.

Just under half (48%) stated that security posed a real concern and therefore a barrier to making the change. The next most prevalent blocker was compliance issues at 37%.

Lack of skills, resources, and currently operating models were other answers within this category with a percentage range of 29-32.

Lack of leadership buy-in was cited by 19% of IT professionals, showing a want to invest in the public cloud, but senior colleagues not providing the support needed to do so.

Concerns of Vendor Lock-In Are Obvious

Declarations of being ‘much very’ or ‘somewhat’ concerned over vendor lock-in were cited by 63% of respondents, showing yet another barrier for public cloud adoption.

Only 5% displayed no concern at all over this. However, with the previous metrics showing 77% have chosen to Cloud Usage in some manner, it appears these concerns are overruled with the benefits outweighing and vendor lock-in worries.

Those who previously stated security and compliance were a huge barrier to using the public cloud may need to take note of the following finding.

64% of those within the survey stated they found the cloud more secure than using on-premises and a meager 7% believed it was less secure.

Even larger numbers found it easier to remain compliant (72%) with their business information and just 4% found it harder.

The Most Cited Technical Benefits

Almost all respondents stated they have witnessed substantial technical benefits when switching to the cloud from on-premises. The most common states were efficiency, agility, and scalability.

100% said they saw varied business benefits such as being able to focus on other revenues (43%), accelerated time-to-market (43%), and the all-important increased ROI (40%).

81% said they were able to innovate faster by using the cloud and no one stated the cloud slowed this in any capacity.

Costs were saved by 79% and just 5% believed the cloud was more expensive than on-premises.

Expansion Is On The Horizon

Cloud programs are to be expanded and grown by 83%. 48% of those wishing to grow have chosen to do so with caution and another 36% are wishing to proceed as quickly as possible.

Some plan to regress to on-premises (4%), however, they all stated they are in no rush to do so.

Respondents’ location saw no correlation within the answers of the survey. Instead, it was the manner of business and sector in which they are in that revealed parallels within answers. On the whole, it appears the majority of businesses are not utilizing the cloud and any barriers that may be preventing this may need to be re-addressed by decision-makers as those who have adopted the public cloud appear to leave these concerns almost redundant!

PrevThe Top Seven Benefits Of Starting Your Business As An LLC
4 Reasons Why Product Packaging Is Important For Your Business!Next