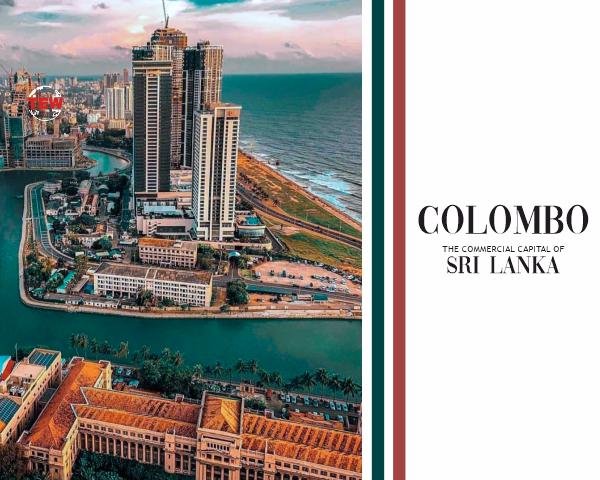 In the south of India, there is an island in the Indian Ocean bound by India, which is named Sri Lanka. The distance of the country is only 32 kilometers from India. By 1972, its name was Ceylon, which was changed to Lanka and in 1978 it was further changed to Sri Lanka by adding the word honorable Sri. Sri Lanka has had an unbroken relationship with India since ancient times. Colombo is the commercial capital of Sri Lanka.

Colombo is a capital and a largest city in Sri Lanka. The city is a beautiful combination of new and colonial buildings. The history of Colombo is more than two thousand years old. There are many stories behind the name Colombo. According to one story, the name Colombo was first spelled by the Portuguese in 1505 AD.

According to the second story, the name came from the Sinhalese word ‘kola-amba-thota’. In Sinhalese, the word means ‘port with mango trees’. According to another story, the word came from Cologne-Thota, which literally means ‘port on the Kelani River’. There are many places to visit here. The Galle Face Green, Viharamhadevi Park and the National Museum are some of the major sights here.

Colombo is a natural harbor; hence it has been associated with various countries since ancient times. Traders from Rome, Arabia and China have been coming here since 2000 years. The famous traveler Ibn Batuta came here in the 14th century.  He mentions Colombo as Calampu. Arab traders began to settle here from around the 8th century. This was followed by Portuguese, Dutch and British respectively. Eventually the British captured this country in 1815 AD. In 1948 they got freedom from British Rulers and became an independent nation.

Port and cargo handling are major promises for the development of Sri Lanka’s economy. The government will benefit from the capital as it is closer to international shipping routes. Sri Lanka has been lacking international shipping operations for the last two decades due to terrorist acts. As a result, foreign exchange gained less. The end of this conflict has given the Sri Lankan government an opportunity to invest in new port projects to increase the country’s GDP.

Tea exports are in high demand. Other contributions in the country are positive weather patterns, proper use of fertilizers and economic recovery.

Sri Lanka’s tourism industry is improving after the war and showing a spectacular path since the end of the war last year and the number of foreign tourists in the country has increased.

The reopening of the highway in northern part, devastated by decades of conflict, is leading to an economic revival, the mainland route that connects the southern mainland to the main Jaffna peninsula.

Among the promising enterprises in the region, the food processing and especially the canned fish industry has a large share.

The outbreak of Covid-19 has weakened the outlook as the already challenging macro-economic situation intensified due to low growth rates and significant financial pressures. Inflation remained subdued despite weak demand. According to the Colombo Consumer Price Index, the average annual inflation in June 2020 was 4.7 percent. The outbreak of free inflation and Covid-19 has prompted the central bank to cut credit policy several times in the first half of 2020 and bring policy rates down to 150 1,150. Basis points

It is a public park. This beautiful park is in front of the Town Hall, built in the colonial style. The park is named after the mother of the famous king Dutugamunu. This park was built during the British rule. At that time this park was known as Victoria Park after Queen Victoria.

It is the most famous tourist destination in Colombo. It was developed in 1859 AD by the then British Governor of Sri Lanka, Sir Henry Ward. At that time this place was used for horse racing and golf play, besides the excursion. The original Galle Face Green covered a much larger area than the present.

This twin building is the tallest building in Sri Lanka. Construction of this 40-storey building was completed in 1997 AD. This building is a major center of attraction for the tourists visiting here.