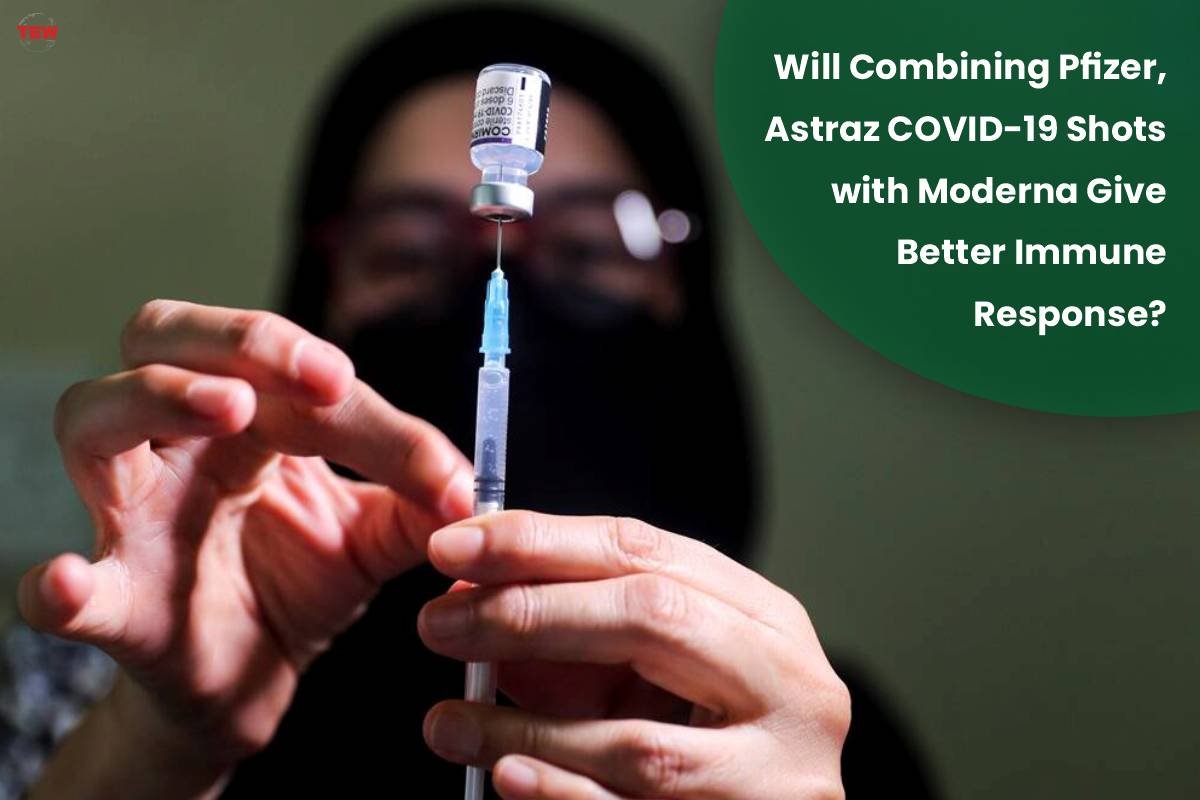 According to the findings of a big British trial examining blending COVID-19 Vaccination, participants had a greater immune response when they had the first dose of AstraZeneca or Pfizer-BioNTech shots followed by Moderna nine weeks later.

“We found a really good immune response across the board…, in fact, higher than the threshold set by Oxford-AstraZeneca vaccine two doses,” Matthew Snape, the Oxford professor behind the trial dubbed Com-COV2.

The findings in favor of variable dosage provide some promise to low- and middle-income nations, which may need to combine various brands between their first and second doses if supplies run out or become unstable.

“I think the data from this study will be especially interesting and valuable to low- and middle-income countries where they’re still rolling out the first two doses of vaccines,” Snape said. “We’re showing…you don’t have to stick rigidly to receiving the same vaccine for a second dose…and that if the program will be delivered more quickly by using multiple vaccines, then it is okay to do so.”

According to researchers at the University of Oxford, when the AstraZeneca-Oxford (AZN.L) vaccination is followed by a Moderna (MRNA.O) or Novavax (NVAX.O) injection, greater antibodies and T-cell responses are generated compared to two doses of AstraZeneca-Oxford.

A dosage of the Pfizer-BioNTech (PFE.N), (22UAy.DE) vaccination followed by a Moderna (MRNA.O) injection was also shown to be superior to two doses of the normal Pfizer-BioNTech course in a trial of 1,070 participants.

According to Oxford University research published in The Lancet medical journal, no safety issues were identified. Many countries have used a mix and match approach long before reliable data was available, owing to high illness rates, poor supplies, and sluggish vaccination due to safety concerns.

Will Vaccines Be Affective for Delta And Omicron?

Vaccines’ duration of protection has been questioned, and booster doses are being explored in the wake of an increase in cases. New variations, such as Delta and Omicron, have increased the demand for vaccine campaigns to be accelerated.

Researchers from the Com-COV2 trial noted that blood samples from participants were tested against the Wild-Type, Beta, and Delta variants, and that vaccination effectiveness against the variations had diminished, but that this was consistent across mixed courses. It’s novel to deploy vaccinations employing technology from several platforms, such as Pfizer and Moderna’s mRNA, AstraZeneca’s viral vector, and Novavax’s protein-based injection, on the same timetable.

According to him, the findings might lead to new techniques for vaccination against other illnesses.

The study also discovered that a first dosage of the AstraZeneca-Oxford vaccine followed by any of the other trial candidates resulted in a very strong response, which is consistent with data from June.

The study was planned as a “non-inferiority” study, to prove that mixing isn’t significantly worse than normal regimens. It compares immune system responses to gold-standard responses recorded in prior clinical studies of mixing.