Copyright and Plagiarism- What is the Difference? 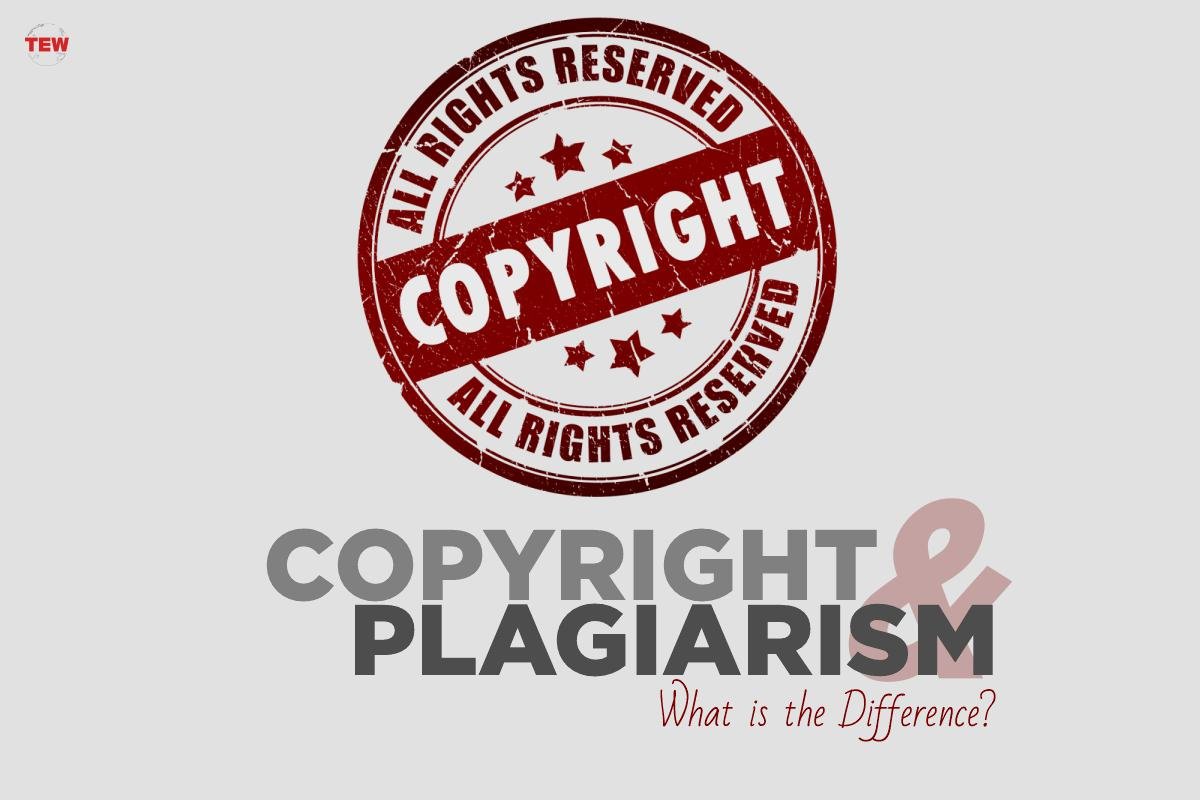 With the excessive use of digital media, its negative impacts have also risen at an alarming rate. Among data breaching, identity theft, and other malpractices are copyright infringement and plagiarism. Despite the many differences between these two concepts, it can be really easy to confuse the two.

Let us know more differences between the two.

Simply described, plagiarism is when a party tries to pass someone else’s work as one of their own and does not credit the original source. While plagiarism might not be against the law but is ethical conduct most generally enforced by the academic institutions to have authenticity in the assignments and other work. If a student attempts academic plagiarism, he may be faced with receiving a failing grade all the way to the revocation of the degree.

For example, in 2014, a London-based news editor working for CNN was fired for repeatedly plagiarizing content for a period of six months. This offense involved a total of 128 separate instances of plagiarism, mostly taken from the famous news website Reuters.

What is Copyright Infringement?

At the very core of it, copyright is actually a set of rights that belong to the creator or the owner of artwork or author of a write-up. This work of art is original and fixed in a tangible medium of expression. If someone creates an original work of authorship, like writing and composing a song, a literary work, a movie a painting, or even a photograph, this set of rights is automatically vested to them.

With the help of these rights, the creator has full ownership of his/her artwork and therefore can control who, when, where, and how their work is used through the right to reproduce their work, to prepare derivative works, to distribute copies, and also to perform and display the work on a public platform.

The act of copyright infringement occurs then when a third party takes an action that may implicate one or more of the rights that are listed below and without the authorization of the owner of the copyright. Copyright infringement has some significant and legal consequences. These may include injunction, monetary damages, and in some rather extreme instances, the user may also face criminal penalties.

This is Plagiarism and not Copyright Infringement-

Say there is a book describing the species of birds. If a student, who has an assignment on the same subject copies a few sentences from that 20-page book but fails to provide the citation or a footnote explaining the source of the information, the student will have committed plagiarism. It would be labeled as plagiarism because of the student not properly attributing the information and making it seem like original information that came from the student.

However, the student will not be framed for copyright infringement because of the small amount of information used in his academics, which is highly unlikely to harm the authors of that information and their market. The use of this information is also called fair use.

This is Copyright Infringement and not Plagiarism-

In a second scenario, this high school student has the assignment to submit on the topic of different kinds of bird species. This time instead of using a few lines, he copies the entire book. Not just that, but with the book, he also includes various articles published in the paper. But puts a citation or a footnote at the bottom of this document, giving credit to the author, the title of the book.

In this case, even though the student properly attributed the author and did not by any chance try to pass the article as written by himself, he could face the consequences of copyright infringement. This is for the simple reason that the student copied the entire work of the author without permission. This violates the author’s laws under copyright law.