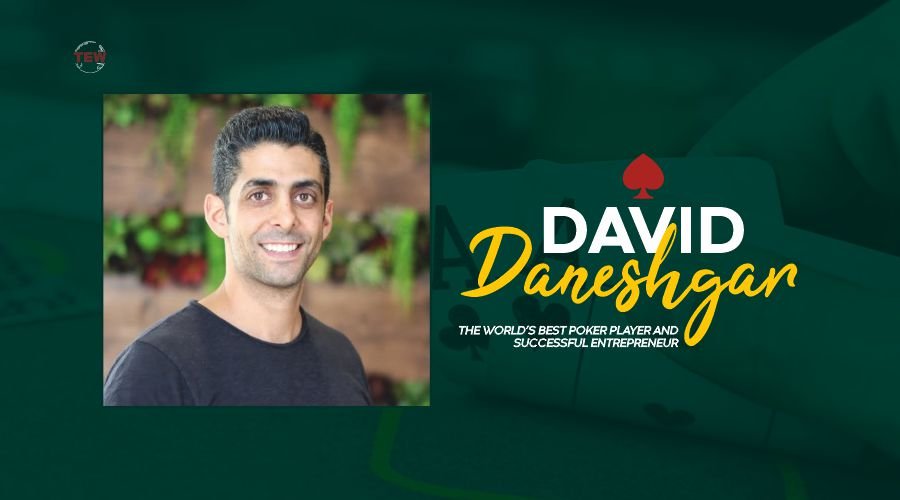 Never Show All Your Cards – BloomNation

As it is said success becomes the end product and the only result after one pushes their dedication, hard work, and will into the thing they set their eyes on. We always hear stories of people, women and men making it into the league of the best and becoming the icon, the model, the inspiration they are to the world.

But little do we see the struggles, the situations, the troubles and the hardships they have gone through and without breaking a sweat and their unwavering spirit brought them the success, fame, status and respect they completely and truly deserve. Fame, status, respect and all the luxuries and tinkers that come along when one becomes successful does not pertain to the world of business, as one can get all the above in anything one does in life.

This is the story of David Daneshgar, who is not only a professional poker player but also has been ranked as one of the world’s best poker player and how he used his skills to fulfil his dream of starting his own business.

“It is better to fail in originality than to succeed in imitation.”

The shuffle in the deck and his life.

David Charles Daneshgar was born in Westlake Village, California on June 18, 1981. He started his life there and attended the University of Chicago Booth School of Business. He always had a knack for business and wanted to start his own business, so he along with two of his friends decided to form a company, where they would bridge the gap between florist and customers alike. The only thing that stopped them getting started and venturing into the world of business was funding, as they did not have any.

This is where David Daneshgar ‘s world-class skills of poker played a crucial role, his friends enrolled him into a competition where won the $27,000 dollars which were enough to start his business. He was not only an outstanding poker player as he was one of the top five poker players in the world from 2005 to 2008. And this is equally fascinating as there happens to be a lot of poker tournaments and with his skills, he can get all the funding he needs for his dream of starting a business.

David and his two friends – Farbod and Gregg realised the problems between florists and customers and how large floral brokerage services worsened the situation. They also wanted local artists with unique artistry and skills get the credit and fame that they truly deserve for their work and this marked the beginning of their start-up – “BloomNation”.

They respected the skills and art that was put in by local florists and also, they came across the troubles and problems faced by florists who were exploited by big companies. In order to give these florists a platform and recognition for their work, and the customers a wide range of choices and high quality and beautiful flowers, they created this platform.

BloomNation gained further funding by venture capital firms such as Spark Capital and Andreessen Horowitz, today the number of florists selling online is more than 2,500.

He is also the CEO of a Stealth Start-up, a start-up that is operating in stealth mode, avoiding any public attention.

The tell, the show and the result of the games played.

We can learn a lot from the story and life of David Daneshgar. His story tells and inspires us to work forward towards our goal, and not thin about the means and anything else in between. One should always use everything in their arsenal to reach and fulfil their dreams, and not consider any skill or talent as useless.

We all have different, varied and unique skills, and all we have to do is find the perfect application for them which is not only rewarding but also keeping us satisfied. As success is not measured by one’s fame or number reflecting in their bank account but by how content and satisfied, they are with their work and personal life. Thus, one should always aim for their goal as once one starts working towards are the path becomes clearer and clearer and we should never forget it’s about the journey and not the destination.

The Story of Clive Palmer