The US may break business relations completely with China, President Trump indicated 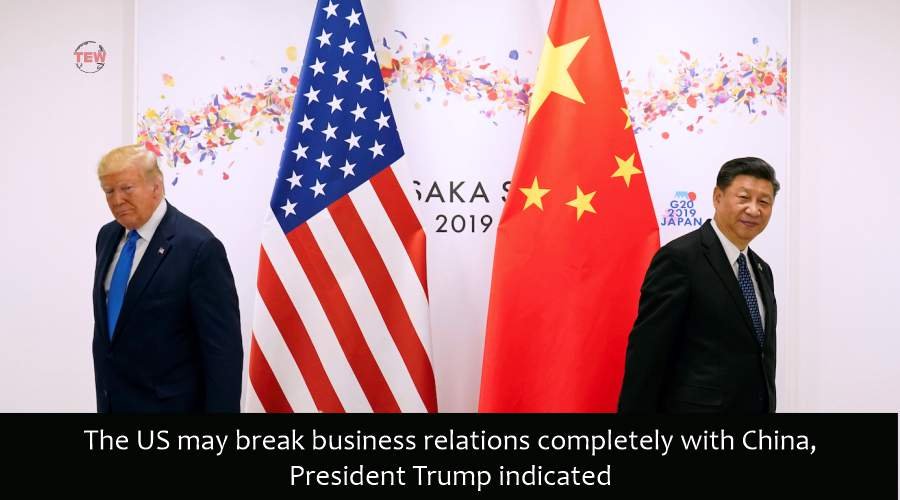 US President Donald Trump on Sunday expressed the possibility of ending US business relations with China altogether.

The United States has ceased talks with China, expressing displeasure over China’s ways of handling coronavirus. The first phase of the agreement was reached in January this year after a long trade war between the US and China. Since then Donald Trump has called off negotiations with China. He says he is not satisfied with the way China handled the coronavirus epidemic.

America is also seeking an equal opportunity for American companies in China. In June, US Finance Minister Steven Newchin also said that if the US companies did not get a chance to compete with equality in China, the US and China business relations would end completely. Meanwhile, TikTok said on Saturday that he could challenge Donald Trump’s executive order in court on Monday, which prohibits transactions with short video apps and bids. In an order dated August 14, Trump has given TikTok a 90-day extension to its parent company ByteDance to sell its US business.

Great relief for job seekers in the US, The Trump government relaxed H-1B visa rules.

On the other hand, tensions between the two countries are also increasing in the South China Sea. All this tension is about the terms and conditions of trade in the future because China wants to establish its monopoly in the region. Earlier, the Donald Trump government had announced a ban on Chinese company Tiktok in the US. Now the company is preparing to go to court against the decision of Donald Trump.