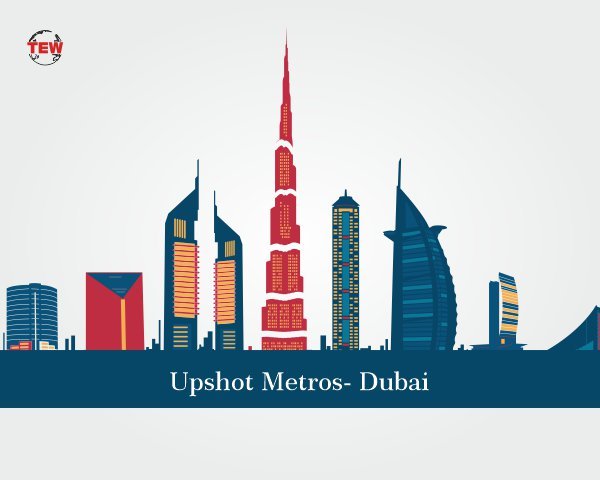 Dubai is the largest and the most populous city in the United Arab Emirates. Known as the global city, Dubai is a popular business hub in the Middle East. Established earlier as a fishing village in the 18th century, The City is today the global transport hub for passengers and cargo. Dubai gained the growing importance of a port from the movement of the steamers of the Bombay and South Persian Steam Navigation Company, which paid five visits annually from 1899 to 1901. But later on, these visits increased to as much as 21 times a year, and that made Dubai an important port and it also gained a preference for trading.

Since then, Dubai has become a growing center for regional and international trade, which is where most of Dubai’s economy comes from. Apart from trading, it also derives its economy from the tourism industry, aviation, real estate, and financial services. The governor of Dubai, Sheikh Rashid bin Saeed Al Maktoum, used the revenues from trading to build the infrastructure of the city. With this, an airport of sorts was constructed in The City in the 1950s.

In the early 1960s, Dubai became a lively port for the trade of gold with some 1968 imports of gold at about €56 million. The gold was in the vast majority of re-exported. In the year 1966, more amount of gold was shipped to London and France than anywhere else in the world. Later, an oil era began in Dubai, when oil was discovered in the territorial waters of The City. The first oil field was named ‘Fateh’ or ‘good fortune’. Thus it was the slow transformation of The City into a business hub.

Dubai experienced a property boom from the years 2004-2008, as the city started becoming oil-reliant. With the large-scale construction taking place, The City is becoming one of the fastest-growing cities in the world. This property boom was driven by some of the megaprojects like the Palm Islands, The World, Burj Khalifa complex, Business Bay, and many more such projects. The city is home to many skyscrapers. With these developing real estate projects, Dubai focuses and derives most of its economy from the tourism industry.

The City is also the world’s third-largest diamond trading hub and has seen an increase in the trade of rough and cut diamonds since 2001. It is said to be a buying hub for the consumers of diamond jewelry. Apart from diamonds, Dubai is also a hub for gold trading, with India as its biggest buyer of gold. Along with a strong trading industry, The City is also home to a few significant industrial ventures. These primarily include the aluminum industry, energy production units, investments were also done in the car manufacturing industry.

Over the past 30 years, life in Dubai has seen incredible growth in terms of its economy, lifestyle, and everything else. The development in Dubai started in the early 1990s, but things started taking shape from the early 2000s.

What caught the world’s attention was the development of the Palm Jumeirah, a huge reclaimed island in the shape of a palm tree. Dubai made another bold statement by opening The Atlantis- The Palm Resort in 2008 at the top of the Palm trunk. While the whole world was drowning in the wave of recession, these developments in The City showed it to the world that Emirates was emerging and it was open for trade and business.

Nearly 6% of GDP in Dubai is derived from oil and gas, even then it has managed to double its economy from the 2000s. Dubai’s growth rate is higher than the growth rate of China or Asia, the tiger economies.

While the development of Abu Dhabi was not seen much, the residential areas and the outskirts were seen adapting to the change and development quickly and easily. The residential areas included Khalifa City. The then submerged Khalifa City began to surface from the sands as the development of Abu Dhabi International Airport’s Midfield Terminal appeared in the year 2006. Along with this, the Yas Island began to develop as the Ferrari World’s landmark red roof started to develop in the year 2009. The year 2009 saw major developments as it was also the year of Emirates’ inaugural Grand Prix.

The Saadiyat Island, primarily a desert island also transformed into a cultural hub between the years 2008 and 2009, with the Sheikh Khalifa Bridge connecting it to Abu Dhabi.  Thus over the time from 1984 to 2019, the coast of Dubai has seen remarkable changes, with new arenas of businesses emerging, making it one of the most sought-after business hubs in the world. The coming years will show even more development in real estate, automation, aviation, retail, and all the other industries.

Kansas City- The City Of Jazz

PrevFestival Season 2019: Will Property Prices Fall?
What B2C Can Learn from B2B?Next