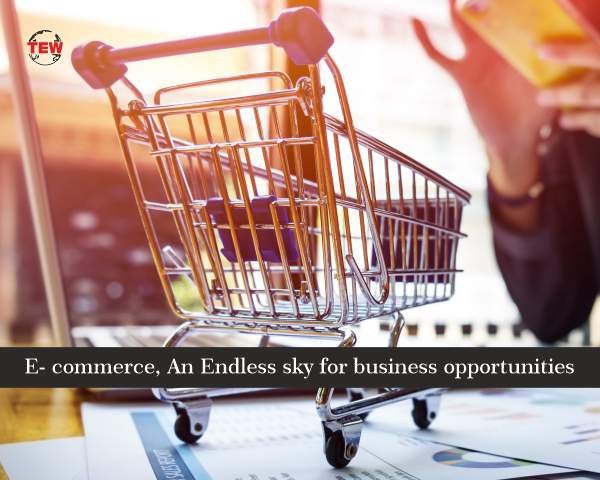 Over time everything changes. Similarly, our way of shopping and doing business is also changing. And we no longer need to go to the nearby furniture store to buy a chair. Because you can do this work sitting at home with one click.

After this, the birth of electronic companies like eBay, Amazon, etc. started. And the e-commerce revolution started with a lot of e-commerce business opportunities The technology that started with document sharing is now in our hands. And we can buy everything available online from any corner of the world with one click. This is the real strength of e-commerce. But, during this historical sequence of events, many events took place and new platforms, tools, technology emerged.

In the last few days, e-commerce i.e. electronic commerce has been in the headlines. Due to this, while the draft of the national e-commerce policy remained in the news, on the other hand, online shopping company Flipkart was acquired by American company Walmart. On the one hand, where the craze of online shopping is increasing in the country, on the other hand, consumers are also suffering from it.

It is a way of doing business online. It involves the purchase and sale of goods and services via the Internet through an electronic system.

In today’s era, the Internet is one of the most important aspects of e-commerce. It presents many opportunities for the consumer as well as business along with the infrastructure. Constraints like time and distance do not matter much to consumers by their use.

The Business to Business Model. Under this, a company sells goods to another company or firm. Under this, companies or firms come who buy goods for their use or buy raw materials and make goods from it.

The second type of model is B2C i.e. Business to Consumer. Under this, the consumer purchases goods directly from a company.

Similarly, the third type of model is C2C i.e. Consumer to Consumer. Under this, the consumer directly contacts the consumer. Companies have no role in this.

The fourth type of model is C2B i.e. Consumer to Business. In this, the company directly contacts the consumer.

Similarly, given the increasing demand and supply of goods in the market, two types of models are now becoming more popular in online shopping of e-commerce, the first is – Market Place Model. In this model, online companies provide only one platform from where the consumer can buy goods according to his needs. For example, Amazon, Snapdeal, Flipkart, etc. Similarly, the second is the inventory model. Under this, online companies sell goods on this platform through their company. Alibaba’s name comes at the top in this.

It is important to note that there is always a feeling of doubt in the minds of consumers about online shopping whether the product they have bought will be right or not. This year, the government also received complaints against several e-commerce websites, in which the consumer said that he was given delivery of some other goods in exchange for the goods he had booked or that the goods were defective.

Similarly, many times people have complaints about where they should complain against it.

On the one hand, where there is a lack of any concrete law about it, on the other hand, there is also a lack of awareness among the people. Due to the lack of clear rules and laws, some challenges may also arise in front of small and medium industries. They will not be able to face these big companies in this blind race of the market. In such a situation, the possibility of unemployment is also increasing. People have already expressed concern about safety in the matter of online shopping.

They believe that these companies are collecting their data, which is a matter of concern. Similarly, online shopping is also a problem by cloning people’s credit or debit cards and withdrawing money from their bank balance, or hacking the banking data by hackers.

Not only this, some big companies working in the field of online shopping are now planning to deliver goods by drone, on which the lines of concern on the face of the government and people are visible. Today, the business associated with the e-commerce sector in the country is about $ 25 billion. It is estimated that in the next 10 years the trade will be around 200 billion dollars. Now the question arises that what is the reason for such rapid growth in this area?

Let us tell you that on one hand, the country’s population is increasing rapidly, on the other hand, smartphones and data tariffs are becoming cheaper. Not only this but increasing network connectivity is also one of the reasons. Given all these reasons, experts believe that this is an opportunity for the country, but the problem is that there is no clear policy in the country regarding e-commerce.

The government needs to bring a clear policy given the increasing possibilities in this area. The way e-commerce sector companies are collecting people’s data has increased people’s concern. Justice Srikrishna Committee constituted for data security has also submitted its report to the government. Overall, the time has come for the government to consider it.