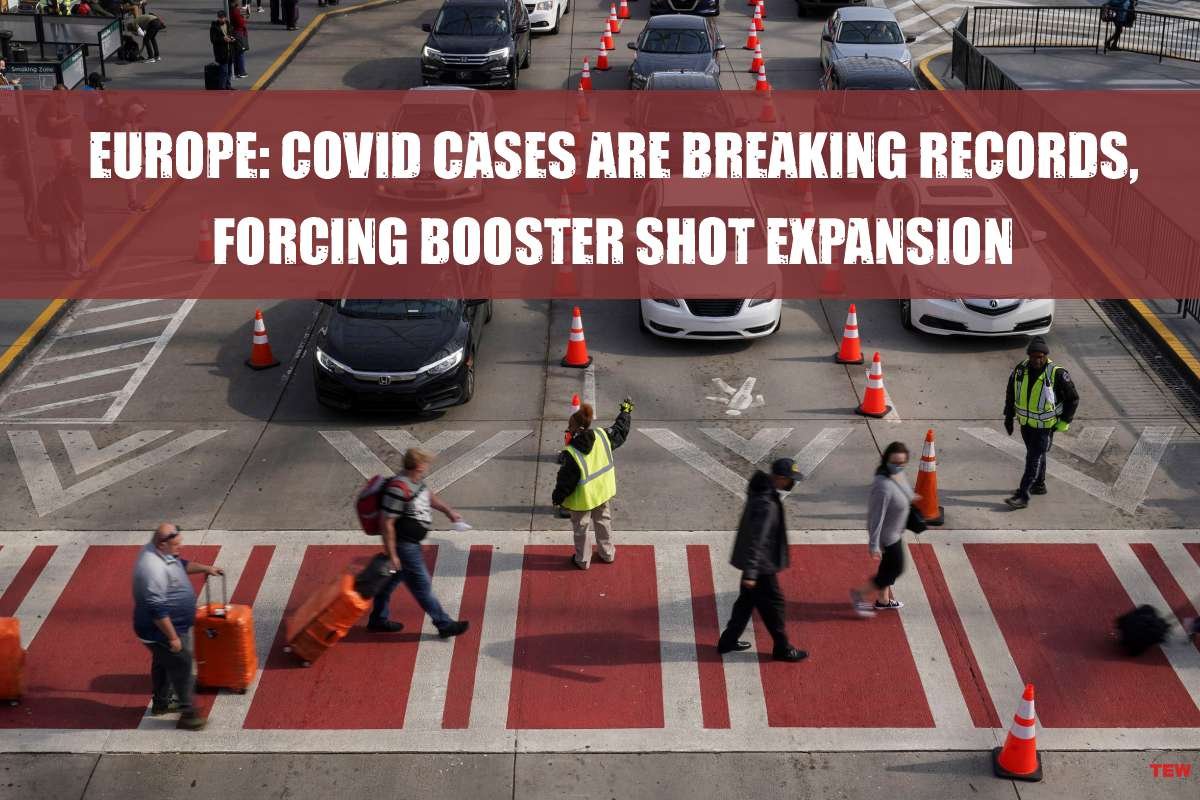 On 24th November 2021, coronavirus infections hit new highs in areas of Europe, making the continent the epicenter of a pandemic that has triggered additional travel restrictions and spurred health authorities to advocate for more use of booster vaccine doses.

As winter grips Europe and people gather indoors in the run-up to Christmas, Slovakia, the Czech Republic, the Netherlands, and Hungary all reported new highs in daily infections, giving an ideal breeding habitat for COVID-19.

In the recent week, new cases in the Americas increased by 23%, especially in North America, indicating that the region may be seeing a rebound of infections. In the two years since it was first discovered in central China, the illness has overrun the globe, infecting over 258 million people and killing 5.4 million.

The European Centre for Disease Prevention and Control (ECDC), the EU’s public health agency, has recommended vaccine boosters for all adults, with a priority for those over 40, reversing previous guidance that suggested extra doses should only be considered for the elderly and those with weakened immune systems.

“Available evidence emerging from Israel and the UK shows a significant increase in protection against infection and severe disease following a booster dose in all age groups in the short term,” the ECDC said on Wednesday.

Many EU nations have already started delivering booster doses, although they are prioritized differently and the intervals between the initial and booster injections are variable.

Boosters would strengthen protection against infection caused by declining immunity, according to ECDC Director Andrea Ammon, and “may possibly limit transmission in the public and avoid extra hospitalizations and deaths.”

She urged nations with low vaccination rates to accelerate rollouts and cautioned that if the suggested steps are not implemented, there is a significant danger of another surge in fatalities and hospitalizations in Europe in December and January.

Europe At the Epicenter of the Epidemic Again?

While conceding that Europe was once again at the epicenter of the epidemic, World Health Organization director Tedros Adhanom Ghebreyesus warned against a “false feeling of security” about vaccination protection.

“No nation is out of the woods,” he told reporters, adding that he hoped a consensus could be reached on an IP waiver for pandemic vaccines at a World Trade Organization ministerial meeting next week.

Sweden’s government and health officials have announced that boosters would be progressively rolled out to all adults. mRNA vaccination booster doses have been administered to those aged 65 and older, to gradually expand the treatments to additional populations.

“We are faced with an uncertain winter,” Health Minister Lena Hallengren told a news conference. “You can contribute by staying home if you’re sick or by getting vaccinated if you haven’t already and taking your booster when you’re offered it.”

On Wednesday, Slovakia’s government ordered a two-week lockdown to stop the world’s fastest outbreak of illnesses. Restaurants and non-essential establishments will close, and travel will be restricted to necessary shopping, work, school, and medical appointments.

“The situation is serious,” Prime Minister Eduard Heger said, “We got here because the (existing) measures were not observed.”