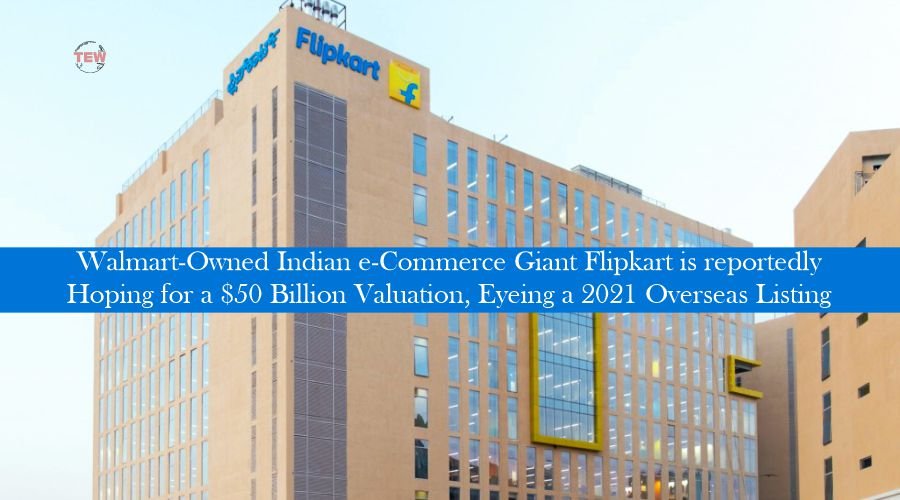 The Indian e-commerce giant Flipkart acquired by Walmart is in preparation for its initial public offering overseas as early as 2021. This public offering could value the firm at $50 billion, Reuters reported

Flipkart is aiming for a valuation in the range of $45 billion to $50 billion reported one source with the knowledge of the matter.

Although, if this valuation is achieved, it would mean that Walmart’s 2018 investment in the company would be more than double the value. Walmart had paid out $16 billion for a roughly 77% stake in the company. This still remains the single-largest foreign direct investment in an Indian company.

For its IPO, Flipkart is either to choose Singapore, where it is incorporated or the US, where the parent Walmart is situated. According to the sources, the preparations and discussions have been largely internal for now, and that they are preparing to consult an external advisor soon.

Two other sources with the knowledge of the matter have said that the work has already begun to meet the compliance, legal, and finance standards ahead of a potential listing.

One of the sources has said that the company expects to launch IPO in 2021 or early 2022, but the time is still uncertain given the ongoing pandemic. But many top-level internal meetings frequently refer to the IPO being ready.

In July, Flipkart had raised $1.2 billion in fresh funding with Walmart as the company’s lead investor. That round had valued Flipkart at $24.9 billion.

According to Goldman Sachs, India’s eCommerce sector is booming and is expected to be worth $99 billion by 2024. In May 2020, India’s largest company, Reliance Industries had launched a grocery delivery service, JioMart. JioMart has been growing rapidly and is said to deliver 250,000 orders per day.