Your Money is Safe, says Paytm; the App to be back on Playstore Soon. 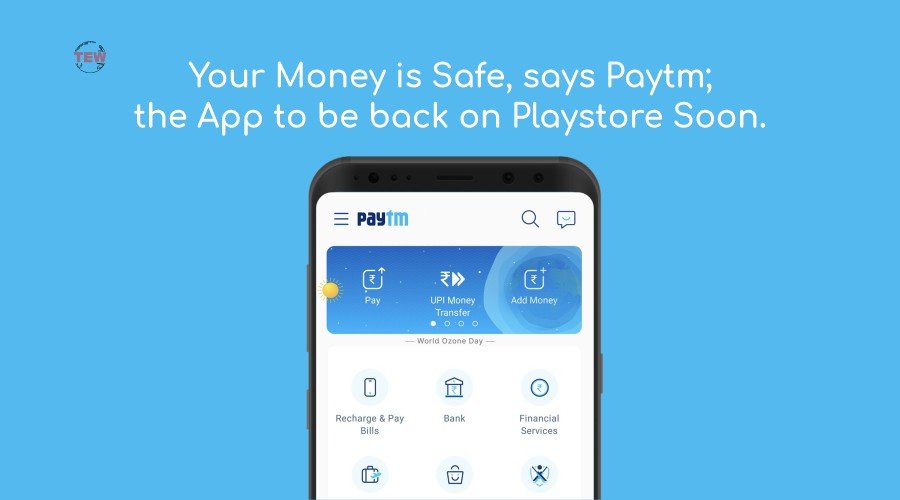 The removal of Paytm from Google Playstore on 18th September alleviated the concerns of millions of its users. Vijay Shekhar Sharma, on these concerns, has said that the users’ money is safe. And the app back on the Play store soon. A tweet from the team read-

On September 18th, The App was removed from the Google Playstore. The reason for this removal reported was that Google does not allow ‘unregulated gambling apps that facilitate sports betting.’

As Google banned the app, the users began questioning this as a strategy to increase the user base for its own investments app- Google Pay.

However, these speculations were put to rest by Google when it released a statement saying that it does not allow online casinos or even support any unregulated gambling apps that facilitate sports betting.

“This includes if an app leads consumers to an external website that allows them to participate in paid tournaments to win real money or cash prizes, it is a violation of our policies.”

“When an app violates these policies, we notify the developer of the violation and remove the app from Google Play until the developer brings the app into compliance. And in the case where there are repeated policy violations, we may take more serious action which may include terminating Google Play Developer accounts. Our policies and applied and enforced on all developers consistently”, the blog post read.

Paytm First Games, which was the company’s foray into the fantasy money gaming segment, has been left hanging.

The ban has proven to be a huge blow for Paytm as IPL begins on the 19th of September and Paytm First Games was hoping to cash in on the cricketing event. Paytm aims to get over 100 million users in the upcoming IPL and has also planned over 200 live events to be performed in the next six months.