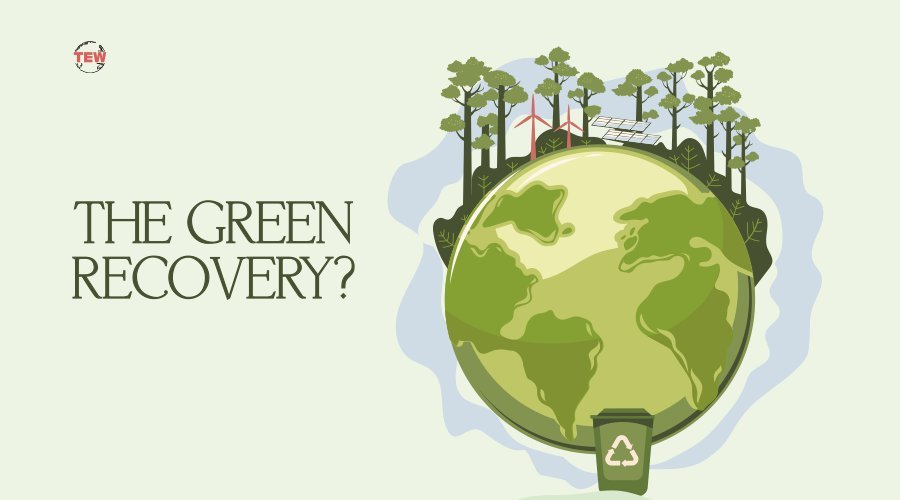 Some people in the world are proposing the concept of ‘Green Recovery’. When the first wave of the corona struck, the whole world froze and suddenly human life came to a strange standstill. These months of stagnation brought industry, transportation, factories, and travel around the world to a standstill. For a time, there was a sense of appreciation for the benefits of this imposed peace to the earth’s environment. Means, how carbs are declining, and so on.

Some have gone so far as to say that Corona is a hidden boon to the earth’s environment. A few months later, after seeing the horrific mountains of rubbish that the Corona had accumulated around the world. it became clear that the earth was being struck by a demon. The wave came from the unprecedented deforestation and death of a man who did not cultivate the earth without the packaging industry, medical devices, equipment, and most importantly PPE kits and masks.

Corona has pushed the global environmental movement back at least a decade, some researchers in Thailand have recently speculated. It will be real. This is because the impact of the corona is so severe that many countries, including Europe, have secretly imposed restrictions on the use of plastics. At the same time, the world’s plastics manufacturers are aggressively promoting “it is impossible to fight the corona without us.” The reason for this is that if all plastics were left out of Corona’s battle, the next moment mankind would be overwhelmed by this battle.

Some statistics need to be revised. The average number of masks thrown on Earth every day averages 3.37 billion. At the end of January this year, the total plastic waste generated by Corona is estimated at 58.46 crore tonnes. At present, the daily waste generated is about 16 lakh tonnes. A recent survey of hospitals in the United States found that they currently generate as much “medical waste” in a year as they do in a year. Of these, the word medical is more important; Because there are rules for how to dispose of that waste.

Even though China is hiding the death toll, it still has not been able to dispose of millions of tons of medical waste. Satellites from developed countries have picked up these mountains of waste. There are 10-15 types of objects in this mountain. Syringes, surgical masks, surgical gowns, face shields, latex gloves, aprons, shoe covers, etc. Of course, this picture is the same all over the world and even today no one is free from ‘inevitable aggression’.

Governments around the world will be under tremendous pressure to boost the world’s economy, create jobs and increase GDP. Then the cycle of production, distribution sales, investment can pick up at unprecedented speed. To turn it around, all the heavens and the earth, from entrepreneurs to political leaders, will unite. In a sense, that too would be natural, and if thought in a conventional framework, it would be in the best interests of mankind.

At present, some people in the world are proposing the concept of ‘Green Recovery’. The rate of expectations and aspirations will be such that even if there is a suspicion that the wait for this return is a bit slow, public opinion will start heating up against it. If the millions of families who have fallen below the poverty line are to be brought up again, the known ways will have to be used. Some economists predict that this battle will probably continue for at least the next decade. Until then, no one would dare to touch on the basic questions posed by Corona.

PrevHow often do you look at your mobile phone every day?
Why business magazines are considered a great source of motivation?Next