How often do you look at your mobile phone every day? 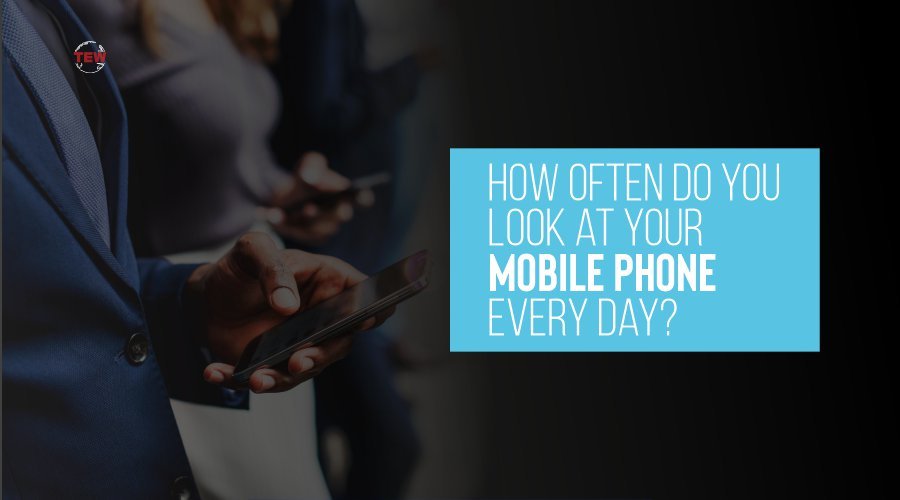 What was the question? It’s like asking how much or how often you drink water every day. Where do we measure how often we drink water? Isn’t it the same with mobile? Like food, clothing, shelter, mobile phones (and of course the data needed for them) have become a basic necessity.

Apart from making and receiving calls, mobiles have to be used for many things. Mobile is required to stay on social media like WhatsApp, Facebook, Instagram, Twitter, read messages, to like and forward posts (and to argue with many), or to play games. In addition to this, mobile is also required to track the web series through ‘Binge Watching’. In short, from waking up in the morning to going to bed late at night (mobile is also the reason for being late!) Mobile is with you.

The idea of living without a mobile may not be for many now. This mobile phone, which came two decades ago and became ‘smart’ ten years ago, has become an integral part of our lives. Utility and entertainment have made it impossible to get rid of it even for a moment. That being said, it is wrong to ask how many times a day or how many times you look at a mobile; Isn’t it?

SmartPhones are interfering so much in your life and the main thing is attacking your time. Mobile indeed makes time better, but many are so addicted to it that they forget to do many other things. So we have to think about how long we use mobile. Cybermedia Research (CMR) conducted a joint survey in this regard. According to the report, smartphone owners in the country spend on mobile one-third of the total time they are awake every day. The survey concludes that we watch mobile for an average of 1800 hours a year. People who spend more time sleeping have relatively less mobile usage.

Every Indian Mobile phone usage for at least three hours every day. The same is true of US citizens using mobile phones. Mobile phones are used by adult congregations in the United States for an average of three hours and ten minutes a day. They spend 90% of their time on various apps. Excluding the time to call or take, the rest of the time is looking at the small screen of the mobile; That is, the screen is of time. According to a CMR survey, mobile users themselves are more likely to suffer from mental or physical ailments if mobile usage continues to rise.

How often do we meet our loved ones?

The figures in this survey do not tell a different story; Because we all experience it. How often do we meet our loved ones? What is the rate of going straight to birthday wishes and sending bouquets and cake emojis on social media? What is the rate of keeping in touch by texting on WhatsApp instead of visiting in person? The answers will vary from person to person; Thirty percent of the respondents admitted that the actual number of encounters had decreased. The actual ratio is maybe even higher.

The colorful world of mobile games, photos, and videos on Instagram makes the world around us feel barren. So they weave a new world around mobile. They have thousands of friends on social media, but in reality, it is not even a ten. This has also been admitted by many during the inspection. One-third of those surveyed said that this communication often takes place while doing other things on mobile. Many have also admitted that mobiles are causing quarrels.

The generation born in the nineties has grown small with the revolution of information technology. About 75% of this generation have got a mobile phone when they were teenagers. This figure is based on a CMR survey and is not incorrect. Even today, many parents (and grandparents) appreciate how well three- or four-year-olds handle mobile phones. When these kids go to class eighth, they get mobile in their hands. There is also a practice of gifting mobile phones as a reward after getting good marks. Mobile has brought the world closer – it has become easier to make calls from anywhere.

Social media has given a big platform for your expression. A photo or video you take can spread like wildfire on social media.  The same technology has opened a new gallery of web series and made it a habit (or an addiction?) To watch eight to ten episodes of an hour by binge-watching at night. Because of all this, our time on this small screen is increasing? Do we need to give so much time to the small screen?

Many people are trying to gradually reduce the overuse of mobile phone usage, which is just a habit. We can do the same experiment. Asking yourself how many times you look at your mobile phone, might be the beginning of the same.

Prev20 Interesting Psychology Facts that can help you to know people better!
The Green Recovery?Next