How Are Inorganic Chemicals Used In Industries 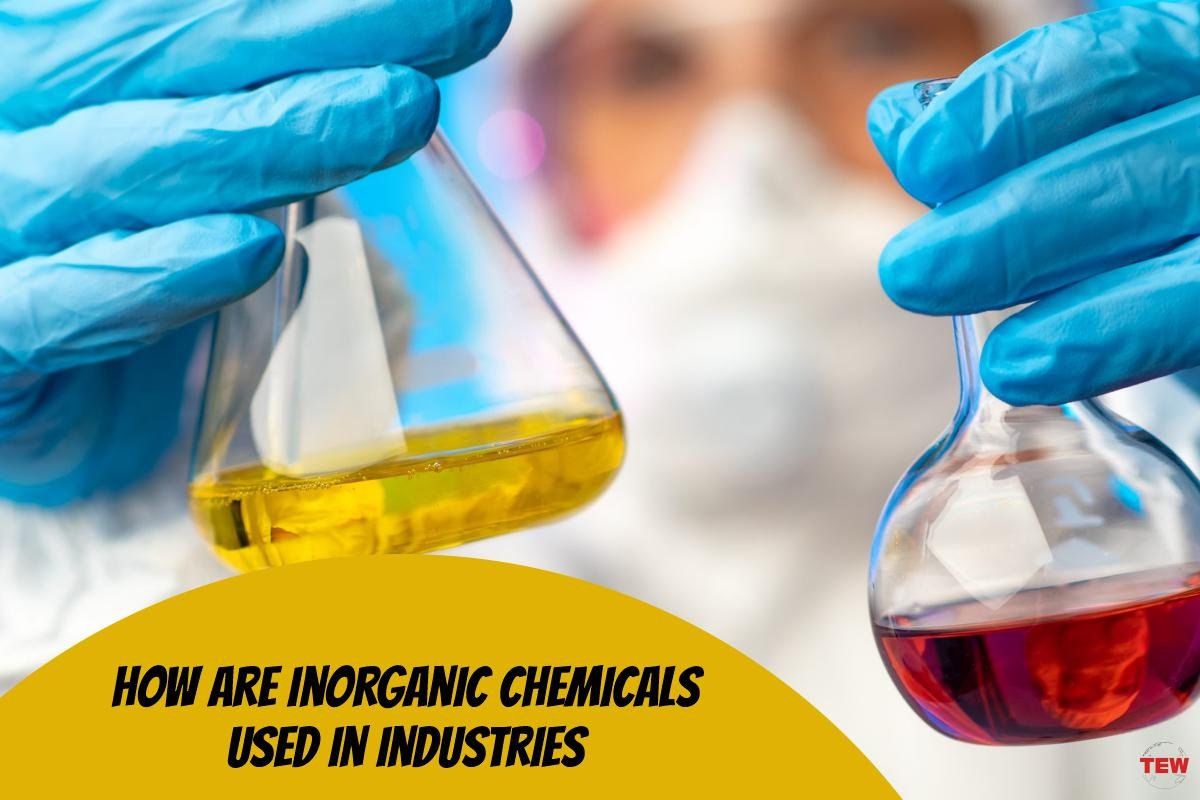 From petrochemicals to lithium metals for rechargeable batteries, to mined industrial minerals used in construction or industries, industrial chemicals are used in various industries for different purposes.

Industrial minerals such as rare earth minerals, aluminosilicate clays, bauxite, silica sands, and gypsum are also examples of inorganic chemicals. However, these inorganic minerals are found in nature.

Where Are Inorganic Chemicals Used?

Inorganic chemicals have a variety of uses, and a large number of industries make use of them. From being used in medicine to paints, coatings, chemical catalysts, fuel, pigments, jewelry, surfactants, and much more.

Additionally, industrial chemicals are needed for various processes, such as mining raw materials or manufacturing microchips. Some inorganic chemicals also have low or high electrical conductivity properties and high melting points. This ensures that they are used for specific purposes.

Let’s get on to discovering these inorganic chemicals used in industries?

With its ultraviolet light resistance properties, the demand for its use in photocatalysts is growing. Companies like Tronox Pigments Ltd, Cristal Pigment Australia, and Jedy International (Pty) Ltd are titanium oxide manufacturers and suppliers.

The industrial chemical chlorine is used in manufacturing polyvinyl chloride, which is used for furniture, clothing, and pipes. Chlorine is also used in agrochemicals such as spiked treatments, insecticides, fertilizers, and chemicals for sterilization and water treatment.

Companies like Occidental Petroleum Corporation, Westlake Chemical Corporation, and Olin Corporation are some of the largest chlorine manufacturing industries in the US.

This chemical compound is a nitrogen source in fertilizer. Additionally, ammonia is a primary inorganic chemical used to produce polyurethanes, fibers, nylons, explosives, and hydrazine (used in rocket fuels and jets).

Ammonia is quite hazardous because of its strong-smelling odor in gas and liquid form. Its major usage is in fertilizing and cleaning crops.

Some of the manufacturing chemical industries that use ammonia include Petroleum Industries, Mining Industry, Pulp and Paper Industry, Metal Treating Operations, Petro-Chemical, cold storage, food and beverage industries, and rubber and leather Industries.

The industrial chemical silicon is widely used for various products in the manufacturing industry. Silicon can be tailored or manipulated easily.

It is stable in high temperatures, age-resistant, and can be conjoined with other insulation materials, softening and even protecting a product. This is why silicon is widely popular in the packaging industry, like food processing and packaging.

Silicon is often used in construction since they are used as lubricants, adhesives, and sealants. Other silicon industries include cosmetics, electronics, packaging, and photovoltaic. These industries use silicone for various purposes.

Silicon is also used in the field of medicine because they are non-reactive with most chemicals. Major silicon manufacturers include Dow Chemical Company, Evonik Industries AG, Elkem ASA, and Wacker Chemie AG.

Sodium chloride is an inorganic chemical mineral that is used in preventing patients from dehydration. Moreover, as a natural salt, it enhances flavor and as seasonings.

Meanwhile, in the food industry, sodium chloride is used to prevent food spoilage and also to keep meals ready to eat. It is also used in fermentation processes for foods such as kefir, pickles, and sauerkraut.

Sodium chloride is also used to de-ice sidewalks and roads. Companies that major in the manufacturing of sodium chloride include; Kirsch Pharma, Duchefa Farma, Tomita Pharmaceutical, and Fagron Industry.

Carbon black as an inorganic chemical is essentially used in the production of printing inks, tires, toners, plastics, and mechanical rubber goods. Since carbon black can absorb ultraviolet light and convert it into heat, they are used in insulating cables and wires.

Inorganic chemicals are widely used in various industries because they are crucial for many manufacturing processes. So, if you ever find yourself curious about what inorganic chemical is used by specific industry, simply refer to this post.