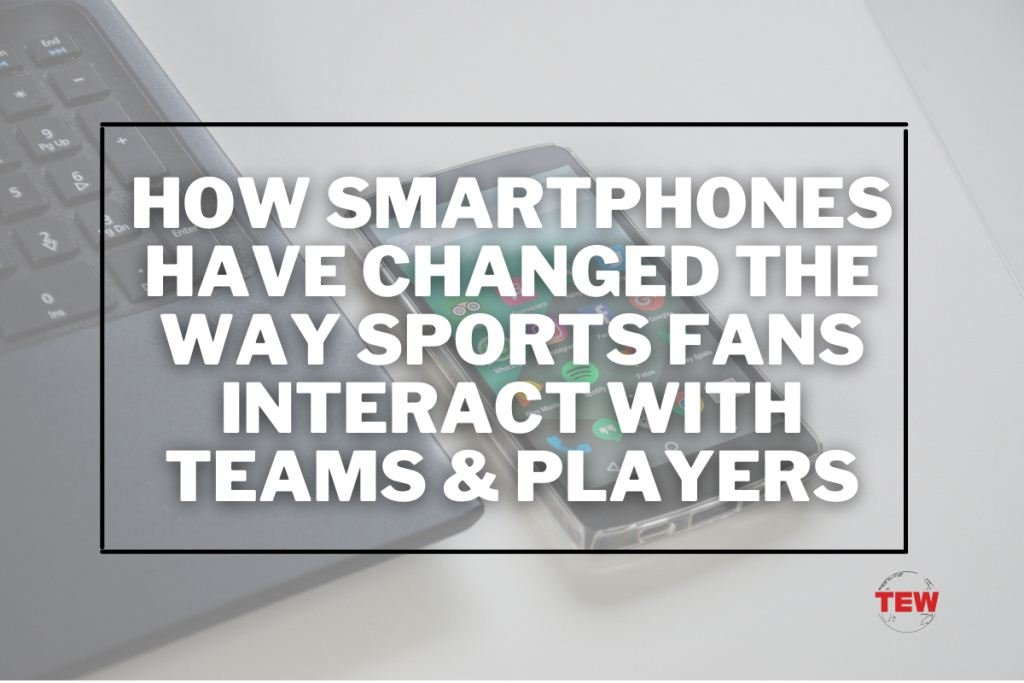 The sports industry hasn’t escaped the clutches of modern technology. The way the top sports are played – from VAR in soccer to Hawkeye in tennis – is evolving but also the way teams react with sports fans, sponsors, and even the competition. Followers of English Premier League teams, NFL clubs, or even world champion boxers can follow their favorites on a smartphone, meaning they never miss a beat.

A steady stream of information is available, and consumers continue to drink it up.

Everything from watching the game on a live stream, buying tickets, catching interviews, studying the stats, and even gambling on the outcome of fixtures with the best sports betting apps can be done on your handheld device from the comfort of your own home, traveling back from the match or even on a lunch break at work.

Most sports teams have mobile apps which they use to keep followers updated for Sports Fans. In the past, the first place you’d hear about a breaking story, such as a transfer or injury, was in the newspaper. That’s no longer the case. Some clubs opt to bypass the middlemen and publish news stories to their website, ensuring it goes directly to the handsets of their target audience, the paying public. This has contributed to the downfall of the written media in recent times.

In addition to news stories, teams also use apps to send out starting team news, formations, and upcoming fixtures. There’s no need to browse the major tabloids for the sports news you are interested in when you can get it directly from the horse’s mouth. This helps bridge the gap between team and supporter, makes those buying tickets feel closer to the team, and encourages them to engage more, liking, sharing, commenting, and even purchasing.

If there’s a problem, such as a missing ticket or an issue with an online purchase, there’s no need to jump in your car or public transport and visit the stadium. Sports fans can now get in contact with the relevant department at their team using their device and get a quick answer. A growing number of sports teams employ supporter liaison officers who chat with followers through the app.

Never before have Sports Fans of major sports teams and players been in close contact with those they support. Social media platforms including Twitter, Instagram, and Facebook have changed the way we follow the sport. On the day of a big match, Sports Fans can post their predictions and thoughts on what the day might bring. They can exchange views on possible selections, formations, and injury news.

They can place in-play bets at the game, share pics of their view of the stadium, and even provide live updates to friends and followers. Then after the match, that’s when things get interesting. If a team or player does well, social media will be full of rave reviews from followers, praising the stars. If things don’t go according to plan, it can all turn nasty. Some send direct messages to players, publicly call for coaches’ sacking, and demand improvements before they’ll be back.

They can exchange views on what went wrong, argue amongst themselves, and, generally, get it off their chest. Sports Fans love to celebrate on social media using their smartphones but not as much as they like to complain following a poor result.

Most professional teams at the highest level of sport don’t get dragged into social media spats following a defeat, but it’s not uncommon for players to chip in. Some take to social using their mobiles to congratulate their teammates or thank the Sports Fans for creating a unique atmosphere.

After a defeat, they may offer their excuses or aim to appease the angry support by promising to work harder, do better and improve on results going forward. All this is done instantly thanks to the wonder of modern technology, social media, and modern smartphones.

PrevDoes Your Business Need a Blog? 3 Reasons Why You Should Start a Blog
Are There Any Ways To Prevent And Remove Spider Veins?Next