Internet – The highway to the utility of technology as a whole 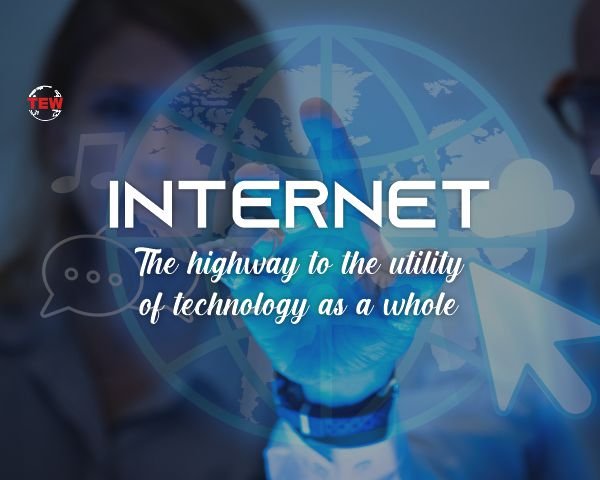 The outbreak of Covid-19 caused a lockdown in the physical world. Public life came to a standstill. Imagine if tomorrow something like this happened in a virtual world? Because of a cyberwar or a similar horrific virus attack, or some technical glitch, the Internet has been shut down for a long time, a few months-years, or forever.

According to a survey conducted by IPSOS in various countries around the world through the Statista platform, most people around the world say that without the Internet, they would not be able to think of a single concept of the world.

According to the Internet World Statistics Organization, out of a total population of 7.8 billion, 4.6 billion people use the Internet today.

From 1% in 1995, the number of Internet subscribers increased by 1267% in the two decades from 2000 to 2020. Along with “food, clothing, and shelter”, the Internet also underscores the need for basic human life. This is because of the great advances in Internet-based technology.

While competition in the net world has reached its peak, half the world’s population can use it. The fact that the major population is deprived of connectivity cannot be denied.

One thing is for sure, there is no doubt about the deterioration of personal and social health in the modern world which is advancing with the pure intention of making human life bearable. Of course, it would never be wise to hold all technology responsible for that.

A conscious person who uses technology deserves its usefulness and its effect. We are all experiencing a flood of information in the internet age, even in the present, but in the future, it should not be a surprise if the psychic system needs to be made more capable and strong to keep the human mind and intellect in order with the explosion of meaning/purpose rewarded video-information and fake news. Of all the creatures, extraordinary intelligence is the special one.

Although the net is changing rapidly, it is inevitable to notice the natural difference between the speed of the machine and the speed of the human psyche and acceptance of the change. When looking forward to the future of the net, the first thing to do is speed – the speed of the Internet. In May 2020, Australian researchers recorded a record net speed of 44.2 terabytes per second. I.e. generally HD. 1000 quality movies are downloaded in microseconds.

The Internet is a highway to the utility of technology as a whole. Therefore, for the welfare of the whole world, technologists and governments of all countries have come up with a comprehensive and well-planned, all-encompassing, open-source, and free and open technology strategy based on such a powerful tool.

The Internet is so big, so powerful, and pointless that for some people it is a complete substitute for life.